Jack Grealish will continue to train with Aston Villa's under-21 team this week, amid disciplinary action by the club, according to Press Association Sport.

The midfielder, 20, was banished from training early last week, after images emerged of him drinking with friends hours after the Villans lost 4-0 to Everton on Merseyside.

Sent to the reserves

Manger Remi Garde wasn't impressed by his actions, especially since a similar incident took place in the summer, one which the club gave him an official warning about. Taking this into account, he sent the winger to train with the under-21 team, and vowed to keep him out of the matchday squad for last weekend's game against Watford.

The Frenchman did this, and it was hoped by some sections of the fanbase that Grealish would then return to first team training this week, something which doesn't seem to be the case, despite him having improved his public image by helping out at a children's party in the last few days.

Grealish is understood to have trained with the under-21 team on Monday, but won't play any part in their upcoming game against Blackburn Rovers. Whilst it remains unclear when exactly he will return to first team action, there is a chance that he could be back in the fold for the visit to Southampton this week. 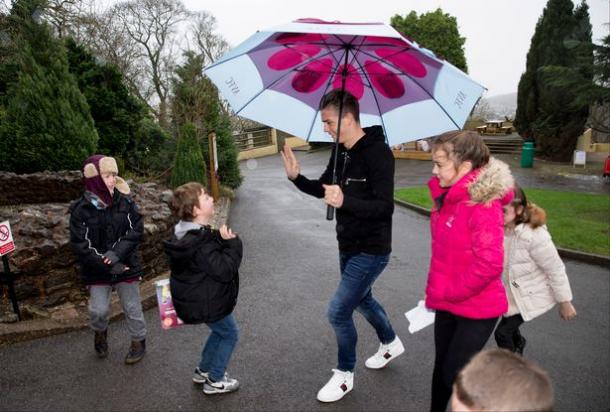 Poor form could see Garde shake up his selection

Garde will be looking to ring the changes, especially as Villa lost that game against Watford, with Birmingham City fan Troy Deeney netting in a 3-2 win for the Hornets.

That loss was Villa's 11th league loss of the season to date, with them having been defeated in nine of their last 10 games. The new manager could also make changes in defence, with captain Micah Richards finding his place at risk, having been part of a defensive unit that has conceded seven goals in the past two games.

The Warm Down: Villa win away at Elland Road 21 hours ago

What happened to the Aston Villa under 19 European Champions from 2013?&nbsp; 20 days ago