Aston Villa striker Jordan Ayew has expressed his belief that the club can avoid relegation, although he feels that they could do with some more lady luck on their side, as they bid to do so.

Having only joined this summer, in a move from Ligue 1 side Lorient, it's fair to say that things haven't gone quite as planned for Ayew and his fellow teammates.

Bottom of the table after 14 games, they've taken just five points, and he's already seen the manager that brought him in leave the club, with Tim Sherwood sacked.

They're a huge seven points from safety, and face quite the challenge to avoid dropping into the Championship, but he took a positive outlook on the matter, when talking to the club's official website.

Citing that he feels it's "normal for confidence to be low", Ayew spoke about how the team need to "keep working" in order for that to change, however they could be aided by having "a little bit of luck" on their side.

Conditions worsening for fans, but improving for Ayew

The supporters are understandably growing frustrated, dismayed at their team playing so poorly, especially given the optimism that was based upon spending over £50million in the summer transfer window.

Giving a message to the fans, Ayew said that they must "continue supporting us, because we need you". Promising that "things will change", the striker assured the supporters that "everyone is giving 100%".

Things are slowly improving for the forward, with more faith being placed upon him to play in his favoured position by new manager Remi Garde.

He did get on the scoresheet in last weekend's 3-2 defeat at home to Watford, but felt he could have done better, saying that he had "more chances to score", which he missed, but "that's football". 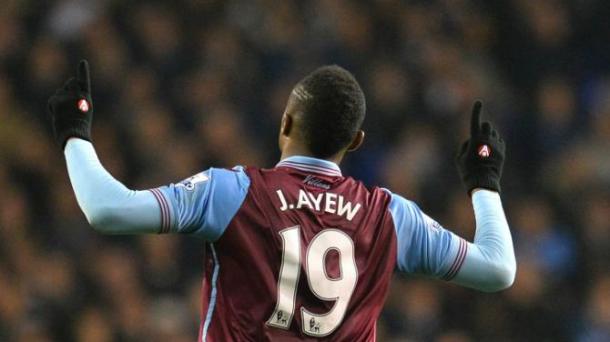 The Warm Down: Villa win away at Elland Road 21 hours ago

What happened to the Aston Villa under 19 European Champions from 2013?&nbsp; 20 days ago