Chelsea’s season hit yet another low on Saturday evening, as they were beaten 0-1 at home by Eddie Howe's AFC Bournemouth.

Nemanja Matic and Branislav Ivanovic had good opportunities in the second half, but could do nothing to prevent Glen Murray heading home the winner eight minutes from the end.

It was Howe’s side who started the brightest, and had a good opportunity seven minutes in when Hazard was robbed of the ball in his own half, with the ball finding its way to Stanislas, whose goal bound effort had Thibaut Courtois scrambling to block.

The 'keeper was called into action again in the 12th minute when Bournemouth broke up field through Stanislas and King. It was Stanislas who saw his effort saved by Courtois, as King nearly followed it up but Chelsea managed to clear.

The Belgian was called upon again two minutes later when the Cherries once again broke up field, with Dan Gosling putting a neat ball through to King. His effort looked destined to go in at the near post until the keeper got his hand to it, keeping the score at 0-0.

Despite the barrage of early pressure, Jose Mourinho’s side managed to get their way back into the match with their first opportunity of any recognition coming ten minutes from the break.

Hazard had been quiet but managed to burst into life when he tested Artur Boruc from 18 yards out, however the experienced goalie was equal to his strike.

They then had two good opportunities with five minutes of the first 45 to play. The first came in the 41st minute when Pedro’s curling effort looked destined for the corner but Boruc managed to stretch and palm it away, before making another save - this time from Oscar, who had recived the ball from Pedro.

Chelsea carried their good play over into the second period and should have taken the lead in the 53rd minute when Willian found an unmarked Matic at the back post, but the midfielder put his effort over the bar.

Boruc was called into action once again four minutes later when Ivanovic’s effort took a deflection on the way through but he got down well to save.

The second period began to die off after an electric start, until eight minutes from time when the Cherries took a surprising lead.

Gosling whipped the corner into the area which Courtois flapped at, Cook hooked back into the danger zone which found Murray who headed home into an empty net to send the away fans into raptures. 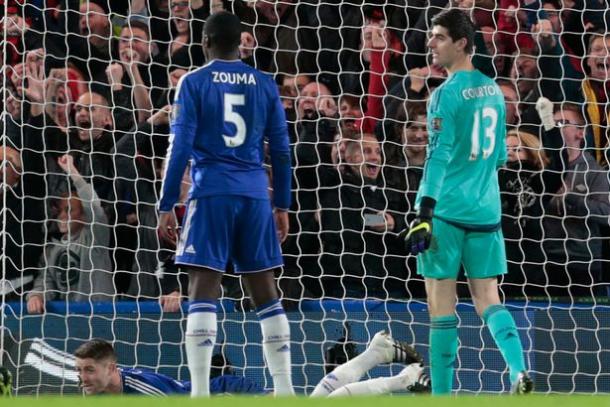 It could have been two with five minutes to play as Matt Ritchie attempted to curl it in form the edge of the box but it was just wide of the target.

They came close in extra-time when Gosling managed to weave his way through the Chelsea defence but his effort from a tight angle was well saved by Courtois, and despite the missed chances, Howe’s side had done enough to claim a vital victory.

Tuchel has brought stability to the Bridge, but the real test starts now&nbsp; 13 days ago

Chelsea v Newcastle United Preview: How to watch, kick-off time, team news, predicted lineups and ones to watch 15 days ago

The Warm Down: Unconvincing Chelsea edge past Barnsley to reach the FA Cup quarter-finals 18 days ago