Micah Richards is a doubt for Aston Villa's away game against Southampton this weekend, due to suffering with a knee problem, which could eventually see him ruled out of the match.

Speaking in his pre-match press conference, Remi Garde revealed that the skipper hasn't trained much this week after picking up the injury against Watford last Saturday, as he scored in the 3-2 loss.

If he is to miss out, it'll come as a huge blow to both the Villans and their captain, with him being virtually everpresent in the league this season, having missed a game due to suspension.

One option to replace him would be Tiago Ilori, however the Portugese defender has been ruled out too, with Garde saying that the Liverpool loanee isn't quite ready for selection.

Whether that's the case or not is up for discussion, with Ilori not having made a senior appearance this term, despite Villa paying a six figure sum to secure his loan move. It's not like the defence have been doing brilliantly without him either, having kept just two league clean sheets this season.

Another man who won't be replacing Richards, should he be out, is Jose Angel Crespo. Garde kept his cards close to his chest when revealing that the versatile defender won't play, simply saying that the Spaniard won't be available for selection. 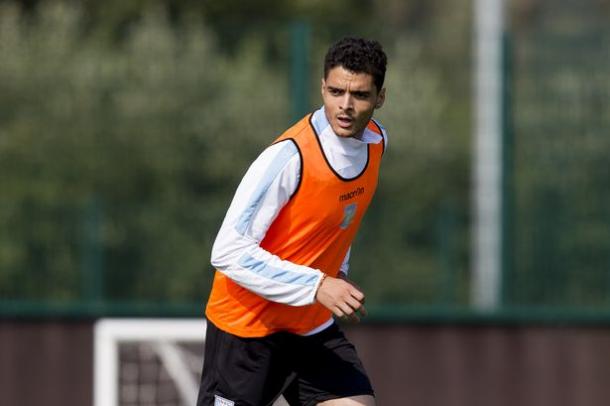 Agbonlahor on his way back in

Further forward, Gabriel Agbonlahor remains a doubt due to the calf problem which has been troubling him for around a month, however there are signs that he's returning to fitness, with Garde confirming that he's been training with the team this week.

Some fans aren't too keen on the idea of having Agbonlahor be put back in the starting 11, given the fact he's not having a good season, and the impressive performances that Jordan Ayew has been putting in recently. Time will tell whether Garde agrees with them.

Sheffield United vs Aston Villa Preview: How to watch, Kick off time, Team News, Predicted Line-ups and players to watch 7 hours ago