Remi Garde revealed that he was pleased by the 'solidarity' shown by his Aston Villa team, as they picked up their first away point in over three months, drawing 1-1 against Southampton on Saturday.

Having lost nine of their last 10 Premier League games, many expected the Saints to simply roll Villa over, especially since they've won the last two meetings between the teams by an aggregate score of 8-1.

However, Garde's Villans recovered from a shaky start to deliver an impressive performane, and took the lead through Joleon Lescott. Although they couldn't hold on and take all three points, due to Oriol Romeu's second half equaliser, it was a step forward in their battle against relegation.

Garde seemed happy enough following the draw, explaining that he saw "solidarity and the desire to fight" from his players, which was good as they "didn't have the same attitude at Everton or even against Watford", Villa's two defeats so far under his management.

Adding that when you're fighting a relegation battle, "solidarity is key", Garde stressed that they'll "get more points" if they can repeat the kind of spirit shown against Southampton in future games. 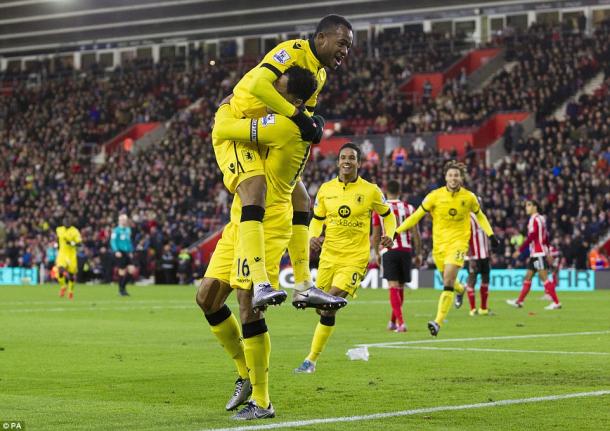 Villa claim 'a big point' against strong Saints side

Speaking about the result itself, the Frenchman told of how he thought they'd claimed "a big point", and that although his team were "under pressure at times", he was of the opinion that they "deserved this point".

He did praise Southampton, labelling them as "strong in the midfield" whilst "having very good players up front", and it showed as Villa had to weather the aforementioned stormy start.

Admitting that "sometimes you have to fight for 15-20 minutes", Garde was happy with the way his team dealt with Ronald Koeman's men, quipping, "we didn't let ourselves down".

&nbsp;Could Aston Villa see the return of Tammy Abraham? a day ago

What happened to the Aston Villa under 19 European Champions from 2013?&nbsp; 17 days ago

Southampton vs Aston Villa Preview: How to watch, kick-off time, team news, predicted line-ups and players to watch a month ago
//