Claudio Ranieri and his Leicester City side will travel to North London to take on Tottenham Hotspur in the FA Cup following the Third Round draw on Monday evening.

In what will represent a welcome break to their so far outstanding Premier League campaign, the Foxes' draw has been met with a variety of different reactions from supporters.

Clash of the titans

However, with both teams currently enjoying outstanding league campaigns this season, in which the Foxes are sitting 1st in the English top-flight, this clash is sure to be a mouth-watering affair for the neutral.

Arguably, the teams managed by Claudio Ranieri and Mauricio Pochettino have been the most exciting and enthralling to watch this season and both are deserving of their current lofty league positions. Also, with players like Jamie Vardy, Riyad Mahrez, Harry Kane and Dele Alli all set to lock horns, this clash looks like combining some of the best and in-form talents that English football currently has to boast.

So, with their current great form and confident moods, both teams will be willing for an exciting cup run and maybe a possible Wembley showpiece in the spring of next year.

Having reached the Fifth Round of this competition last season, Leicester City have very good recent history in the FA Cup. In their run to last-16, the Foxes managed to dispatch of the likes of Newcastle United and ironically Tottenham Hotspur and were unluckily dumped out of the historic competition by Midlands rivals Aston Villa.

Supporters will fondly look back on this game last season after witnessing Jeffrey Schlupp score a dramatic late winner to steal victory from White Hart Lane. However, the Foxes are yet to experience glory in the FA Cup so will be keen to repeat their heroics in North London. 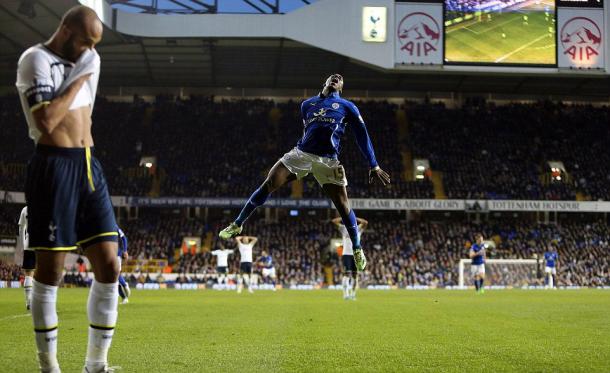 Analysis: What must Leicester do in order to finish in Top 4 regardless of injuries? 13 hours ago

Brighton &amp; Hove Albion vs Leicester City preview: How to watch, kick-off time, team news, predicted line-ups and ones to watch 19 hours ago

Opinion: Could Sidnei Tavares be the creative spark in Leicester's midfield ahead of Brighton clash? 19 hours ago

The Warm Down: Iheanacho scores stunner as Leicester fumble in the elusive pursuit for Champions League football 2 days ago

Burnley vs Leicester City preview: How to watch, kick-off time, team news, predicted lineups and ones to watch 4 days ago