Liverpool will travel to lower league opposition in the FA Cup third round, after Monday night's draw handed them an away tie against League Two side Exeter City.

With the game likely to be televised, and certain to be played between the 8th-11th of January, Jürgen Klopp's Reds will make the long trip to St James' Park, a ground where they were last successful in 2011.

Playing under Kenny Daglish, the Merseysiders travelled down South for a League Cup second round tie, and won 3-1. Those on the scoresheet that day were Maxi Rodriguez, Andy Carroll, and a certain Luis Suarez, and Liverpool went on to win the trophy that season, their last win in the competiton.

You have to go back even further to find their last FA Cup triumph, which came in the 2005/06 season, courtesy of the famous 'Gerrard final'. 2-0 and then 3-2 down against West Ham United, Steven Gerrard assisted brilliantly and scored two fantastic goals, before scoring in the penalty shoot-out as Liverpool claimed the trophy.

They did go close last season, but fell at the semi final stage, crashing out at Wembley against Aston Villa, with reported transfer target at the time Fabian Delph scoring in a 2-1 win for the Villans. 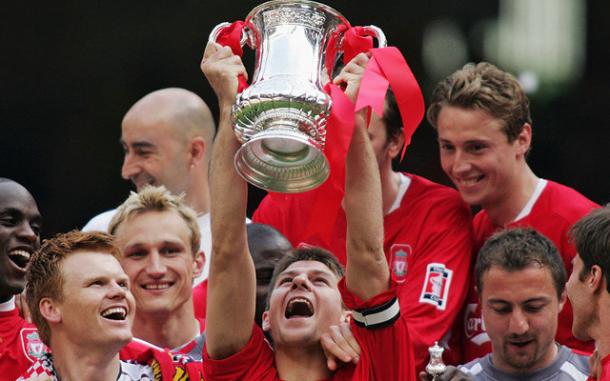 Klopp will be gunning for glory

It looks like they'll be going for the trophy this time around again, with new manager Klopp persistent in his ambition to challenge for all titles, evidenced by the Reds' qualification for the League Cup semi final, and Europa League round of 32 stage.

They shouldn't find things too difficult against an Exeter side that sit 11th in League Two, and haven't pulled up any trees so far this season. Still, it is the FA Cup, and there's always potential for a shock to occur.

The Warm Down: Reds face rocky road to Europe 19 hours ago

Liverpool VS Chelsea match preview: Can the Reds make it back-to-back wins? 2 days ago

The Warm Down: Reds return to winning ways 4 days ago

&nbsp;Liverpool's reaction is now key for the future 11 days ago
//