Okore back after lengthy spell out

Okore has only come back from surgery on a persistent knee injury, which he underwent early on in the summer, so hasn't had long to impress new manage  Garde, who has only been at the club for little over a month himself.

The Danish centre-back had just about began training with the first-team when Garde arrived, but the 23-year-old finally made his return to senior football last Saturday, playing 90 minutes in the credible 1-1 away draw against Southampton.

Turning in an impressive performance alongside Joleon Lescott at the heart of the defence, Okore stamped down his ambition to gain a consistent place in the team, ahead of the likes of Micah Richards, Ciaran Clark and Tiago Ilori. 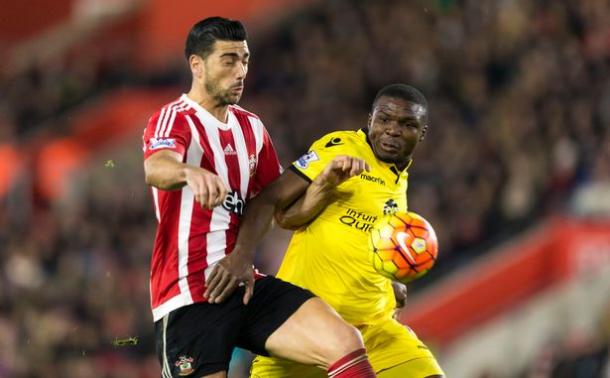 Garde agreed, praising Okore for doing "very well in the last game", and adding that the competition is "good for the team", as when you have your own players battling for positions ahead of a match, it makes the players feel that "everybody can be useful for the team".

Asked about what characteristics made Okore such an enjoyable player to coach, the Frenchman explained that he "gives you the spirit you want, like a warrior". Adding that he "discovered Jores as a competitor" the moment he walked onto the training ground, Garde said that he was "happy for him, and for the team also".

Okore's next chance to impress could well come against Arsenal, the team he played for in his last appearance before surgey, as Villa lost 4-0 in the FA Cup final. They'll get the chance to banish the demons of that defeat with a victory on Sunday, but know that they'll have to be on top form in order to claim their first three points since the opening day.

Sheffield United vs Aston Villa Preview: How to watch, Kick off time, Team News, Predicted Line-ups and players to watch 11 hours ago