Brendan Galloway has signed a new contract with Everton that will keep him at the Premier League club until 2020.

The 19-year-old has established himself in the side this season in the absence of first-choice left-back Leighton Baines, and the youngster has seen his form rewarded with a new contract.

Galloway joined Everton in the summer of 2014 as an 18-year-old from MK Dons, but he has enjoyed a rapid rise from being part of Everton's academy to a first-team regular.

The 19-year-old spent most of his debut season in the under-21 side, before he was handed his senior debut in the final two games of last season against West Ham United and Tottenham Hotspur.

Leighton Baines' injury has seen him become a first-team regular this season, making 16 appearances so far. He has won more tackles (26) than any Everton defender in the Premier League this season.

Galloway's favoured position is centre-back, but he has impressed at left-back this season and was rewarded with a first call-up into the England under-21 squad.

Everton manager Roberto Martinez was delighted to tie down the youngster on a long-term deal and said that the improved deal is a reward for the defender's impressive form.

The Everton boss told the club website that the 19-year-old has "surpassed" what he expected when he joined the Blues, becoming an "important player" and a "very good performer".

Martinez added that Everton always "reward" the players who "deserve it" and it is an opportunity to recognise a "young man who has come through and done well." 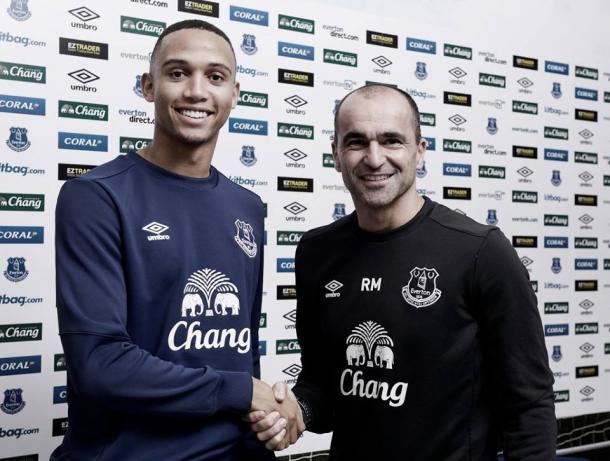 Brendan Galloway said he was "really happy" to commit his future to Everton.

The 19-year-old said the club's bright future convinced him to sign a new deal at the club. He added that he was looking forward to continuing to develop at Goodison Park, particularly because of the way the club is "moving forward" and full of "young talent".

Galloway's family were also present to see him sign his new deal and he said that it was "nice to have them around", especially as they have supported throughout his career.

Everton 1-0 Southampton: Richarlison scores to condemn Saints to another defeat 7 days ago

Liverpool vs Everton preview: How to watch, kick-off time, team news and predicted line-ups 17 days ago

Michael Keane: 'We want to make our own history' 24 days ago