Following Manchester United's exit in the Champions League to VfL Wolfsburg, Jesse Lingard has told reporters that the team need to shrug off the defeat and stay positive going into the festive period.

Lingard, 22, has in recent weeks broken into the United team after impressing everyone. The youngster is well versed in knowing what to expect from the outside when a defeat like Tuesday night's game against Wolfsburg is suffered.

Lingard admits playing for United comes with a lot of pressure

Lingard told Norway's Viasat Sport after the game that "playing for Manchester United comes with a lot of pressure" as you are always expected to qualify from the group stages of the Champions League, and Lingard said "if you're out of a competition, you're going to get critics".

Lingard continued to say "we've got to rise above the critics as a team, move on and concentrate on the next game" and only concentrate on putting things right against Bournemouth in the Premier League at the weekend.

The England international has called on everyone at United to "stay positive, as we're creating a lot of chances, we're just lacking that end product" as this seems to be the big problem within the team at the minute, but Lingard says everyone is "working on it" to make sure goals start coming. 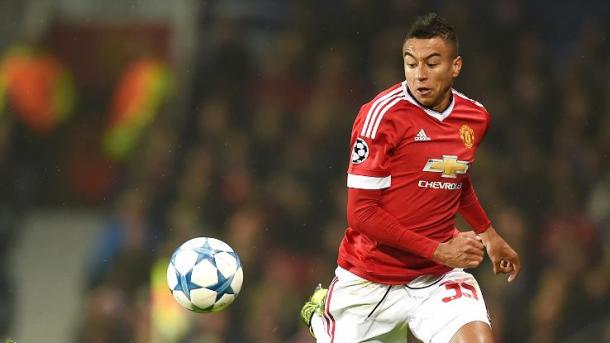 Louis van Gaal has brought Lingard in from nowhere recently, especially playing him in four consecutive Champions League games. Lingard, who turns 23 next week believes the games against Wolfsburg, PSV Eindhoven and CSKA Moscow will make him a better player going forward.

Lingard said "since playing the first Moscow game away, I've gained that bit of European experience to put under my belt" which will only make Lingard a better player. It seems he will continue to play a key role over the Christmas period for United.

Which Man City player would United fans wish to have in their side and vice versa?&nbsp; 20 hours ago

Manchester City vs Manchester United: Team news, ones to watch, predicted line ups and how to watch 19 hours ago

Manchester United have to make up the 'margins' to neighbours City - but how? 21 hours ago

Henderson 'is ready' for Manchester derby, says Solskjaer 2 days ago

Manchester City vs. Manchester United: Four things to look out for ahead of the Manchester derby 2 days ago

The Warmdown: Manchester United play out a goalless draw in South London 3 days ago

Chelsea 0-0 Manchester United: Another stalemate for United against a 'Big Six' side 7 days ago
//