Middlesbrough manager Aitor Karanka has once again refused to be drawn on rumours linking the club with a January swoop for former loan star Patrick Bamford.

The Chelsea youngster was named Championship Player of the Year after scoring 19 goals for Boro last season, but opted to make the step up to the Premier League with Crystal Palace this term.

However, Bamford has found opportunities hard to come by and has recently confirmed that his loan contract at Palace contains a mid-season get-out clause.

As a result of this revelation, rumours have abounded that Middlesbrough could look to bring the popular frontman back to the club as they look to win promotion to the top flight after losing in last season's play-off final.

Karanka remains focused on his own players

Yet, Karanka is standing firm and continuing his policy of refusing to speculate on other clubs' players, neither confirming nor denying that he is interested in bidding for Bamford's services once again.

The Spaniard asserted that he did not want to discuss any players "until we have to", noting that the exercise was a futile one until the transfer window opens at the end of the year.

He went on to tell the club's official website that once the window opens and he "knows what we need", he will not hesitate to "do what we need to do, or do nothing".

The former Real Madrid defender and assistant manager later reiterated his admiration for the player which he has never hidden, but was keen to stress that he does not wish to talk about Bamford every week.

Middlesbrough fans were understandably keen to keep hold of the 22-year-old at the end of last season, and Bamford tweeted a message of appreciation to the Teessiders after his move to Crystal Palace was confirmed. 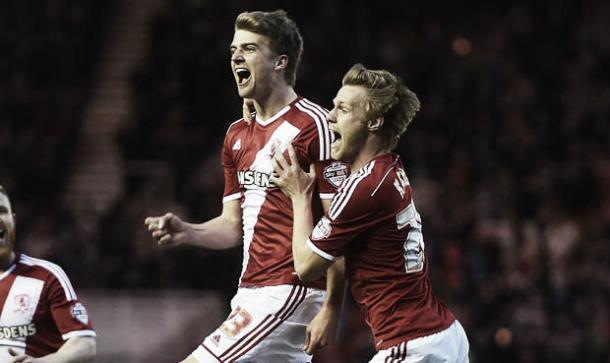 However, the summer acquisitions of David Nugent and Cristhian Stuani have left some fans questioning whether the club need him back, despite his evident goalscoring pedigree at Championship level.

Despite this, the prevailing opinion on Teesside seems to be that fans would rather see him back in Middlesbrough red than providing a boost to one of their promotion rivals.

Should Bamford return to Chelsea in January, Boro would almost certainly have to contend with a host of top-flight and second-tier sides interested in his signature, with the former Derby County loanee having netted 25 league goals across one and a half seasons in the Championship.