Newcastle United seem to be managing to gain points when facing the big teams this campaign, but can they continue against an in-form Tottenham Hotspur side.

Spurs are looking good for their money this season and have been creeping up the table without really being noticed. They sit fifth in the Premier League and are unbeaten in their last 14 league games, sitting just three points off a top four spot.

The Magpies however, are languishing near the foot of the table.

Last week's victory against Jurgen Klopp's Liverpool has relieved some pressure. Newcastle will be looking to add to their one away victory so far this season. The Tyneside club are one of only three teams in the league this season to have not scored through an Englishman.

​Tottenham have been performing exceptionally well so far this season and have been tipped to make a real go at gaining a Champions League place this year. Most of the credit must go to the younger players in the side. Youngster Dele Alli has been in fantastic form so far this term, which has seen him earn his first caps for England.

Newcastle fans will be very envious that he isn't donning their black and white colours after being heavily linked with a move to the North East last summer.

Harry Kane has been another man on top of his game lately. The striker has eight goals in 15 games this season.

​​Many believed defeat last week would spell the end of Steve McClaren's short time in charge on Tyneside. Much to many people's surprise, Newcastle managed to steal a 2-0 win thanks to Georginio Wijnaldum & Co. 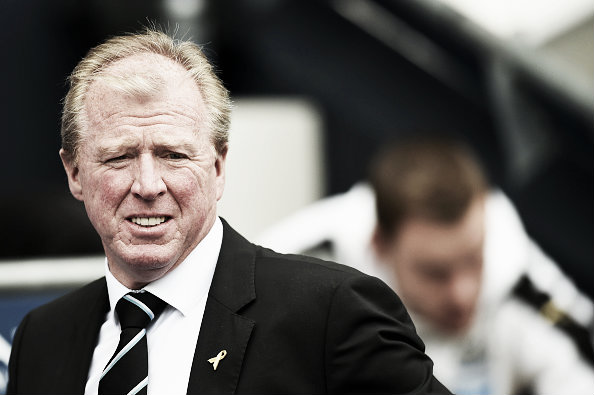 One has to wonder how long his job is safe for, however. With Newcastle still struggling in the relegation zone, failure to capitilise on this momentum could cost Newcastle their place in the Premier League and McClaren his job.

The Warm Down: Newcastle remain locked in relegation battle after draw against Wolves 2 days ago

Who should get the nod to replace Callum Wilson in Newcastle United's relegation run in? 4 days ago

Newcastle United vs Wolverhampton Wanderers preview: How to watch, kick-off time, team news, predicted lineups and ones to watch 4 days ago

The Warm Down: Magpies suffer defeat at Old Trafford as relegation worries intensify 8 days ago

The Warm Down: Newcastle United slip into relegation battle after defeat at Chelsea 14 days ago
//