After their impressive, albeit rather unlucky, draw at Old Trafford last weekend, West Ham United will be hoping to get back to winning ways when Stoke City visit Upton Park this weekend.

Whilst West Ham have started to slip away from their impressive early season form, with no wins in their last five Premier League games, Stoke are the polar opposite. Having had a stop-start beginning to their season, they have now won three of their last five, and lost just once in the league.

West Ham's struggles are by no means hard to pinpoint. It is of course the loss of key attacking players from their XI which has caused the disruption and lack of attacking impetus within the side.

Having already had Dimitri Payet, Enner Valencia and Diafra Sakho ruled out - Victor Moses left the pitch at Old Trafford after supposedly tweaking his hamstring, whilst Manuel Lanzini's exclusion raised eyebrows. The club claimed it was a small knock, though this has now turned into a case of Lanzini being out for up to 6 weeks with a thigh injury.

If the attacking injuries weren't bad enough, this week, centre-back Winston Reid has also fallen foul of the injury curse plaguing the club, with the Kiwi expected to be out for four-to-six weeks.

It's a bizarre state of affairs, but, manager Slaven Bilic has a squad rich with talent and he still has numerous options at his disposal. 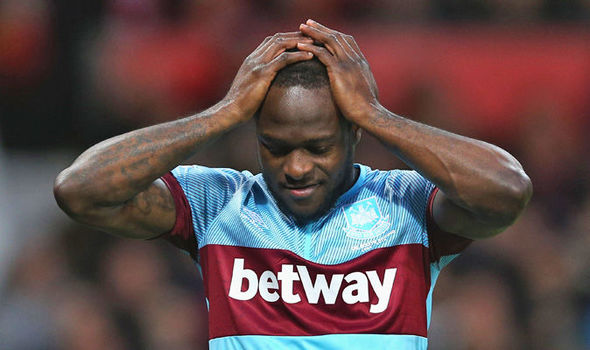 Victor Moses became the latest player on the treatment table at Upton Park when he picked up a hamstring problem at Old Trafford last week. (Photo: Express)

Whilst West Ham will come into this like the walking wounded, Stoke will travel to London with their tails in the air having just beaten Manchester City 2-0. It was the best the Potters had played all season and saw their key flair players gel very well indeed.

For West Ham, it is pivotal that they rediscover their early season form otherwise their season will begin to bare all the similarities to Sam Allardyce's campaign last term. With the injuries stacking up, it will be interesting to see how Bilic lines things up.

The trio of Alex Song, Mark Noble and Cheikhou Kouyate will likely be continued with Andy Carroll upfront on his own. Mauro Zarate has been impressive as of late, but may well have to move over to the wing role Moses had been occupying, whilst Michail Antonio will resume his role on the opposite flank.

In defence, Bilic isn't given much in the way of leeway thanks to Reid's injury. It means James Tomkins will most likely move back into the centre with Angelo Ogbonna, with Carl Jenkinson returning to the starting XI at right-back.

The manager touched on the injury situation in his pre-match press conference, firstly talking of Reid's hamstring injury. It is a recurrence of an injury Reid has had before during his spell at the club, and Bilic reluctantly stated that, "it doesn't look to be a small one," - the words all West Ham fans were fearing.

Despite the overarching negativity in light of the string of injuries, Bilic remains staunch that the team will continue to be positive; "I am not 'trying' to be positive - I am very positive."

Speaking of his opponents, Bilic was quick to praise the work of Mark Hughes in acquiring players such as Marko Arnautović, Xherdan Shaqiri and Bojan Krkić in recent seasons. He also commented that the quality of Stoke's football with such players in their side "doesn't surprise" him at all.

The Hammers' boss ended the conference on that note, saying of Stoke: "I am impressed, of course, and it's going to be a very difficult game for us, but we are good as well!"

Three of the last six meetings between these sides have ended in score draws, with Stoke capturing two of the three wins in the last six face offs.

Only one of the last six games has been decided by more than one goal deficit, so, expect this to have goals, but, be close.

West Ham United vs Tottenham Hotspur: How to watch, kick-off time, team news, predicted lineups and ones to watch&nbsp; 7 days ago

West Ham United vs Sheffield United: How to watch, kick-off time, team news, predicted lineups and ones to watch&nbsp; 10 days ago

Manchester United vs West Ham United: How to watch, kick-off time, team news, predicted lineups and ones to watch&nbsp; 15 days ago

Fulham vs West Ham United: How to watch, kick-off time, team news, predicted lineups and ones to watch&nbsp; 20 days ago

Aston Villa vs West Ham United: How to watch, kick-off time, team news, predicted lineups and ones to watch&nbsp; 22 days ago 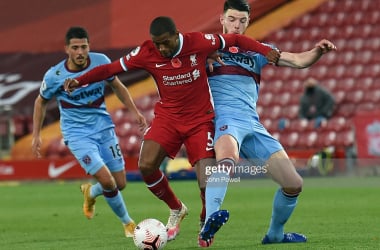 West Ham United vs Liverpool: How to watch, kick-off time, team news, predicted lineups and ones to watch&nbsp; 25 days ago
//