Liverpool fans were given some rare positive injury news on Saturday, as Jürgen Klopp offered updates on Jordon Ibe, Mamadou Sakho, Daniel Sturridge and others ahead of Sunday's home game against West Bromwich Albion.

The Reds have had their fair share of injury woes this season, with almost all of their first choice starting 11 having been sidelined for long periods, and it hasn't improved largely in recent weeks, with both Sturridge and Sakho picking up injuries.

However, there does seem to be light at the end of the tunnel, for Sakho especially, as Klopp confirmed that the defender is in line for a return to action next week. Explaining that "Sakho had his first training session with the team yesterday", the German told of how the Frenchman will be "available if nothing more happens" by this time next week.

Having Sakho back will come as a huge boost to Liverpool fans who still have overwhelming concerns about their defensive solidity, despite things at the back having improved under Klopp. He was forced off in the 2-1 defeat at home to Crystal Palace on November 8 with a knee injury, and has timed his return perfectly ahead of a busy festive schedule.

Adding to this, Jordon Ibe will be welcomed back even sooner than Sakho, with Klopp confirming that he's in line for a return against West Brom, despite having missed Thursday's 0-0 draw against FC Sion in the Europa League through a virus. "Ibe feels better than three days ago," said Klopp, who  thinks the winger "will be available for the squad". 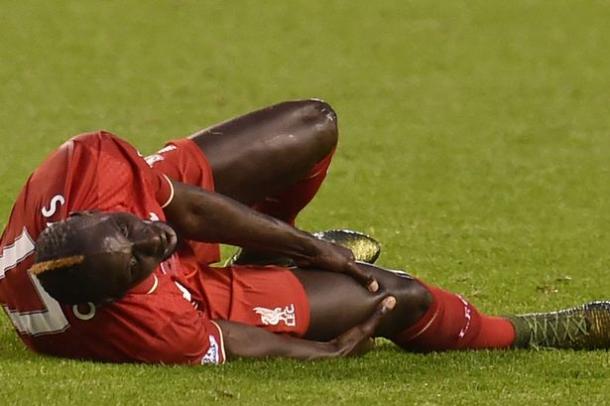 The subject of Daniel Sturridge was unsurprisingly breached, with the frontman having been initally ruled out for up to six weeks after picking up an injury against Newcastle United last week, before later reports suggested that he may only be absent for two to three weeks.

Klopp explained that "we have to train with him, make sessions for him as soon as he's prepared", before admitting that it's "important to give him a better base" to stay fit upon his return to action, having been handed too many minutes too soon after returning from a separate problem two weeks ago.

Finally, there was an update offered on Jon Flanagan. The young defender has been out injured for over a 12 months, in a devastating period for the local full-back, but it appears as if he's finally getting over his problems. Stating that Flanagan was "close to full training", Klopp smiled when saying that he's "really looking forward to it [Flanagan's return], because I like this player."

&nbsp;Liverpool's reaction is now key for the future 6 days ago

The Warm Down: Premier League embarrassment continues for Liverpool 8 days ago