Southampton manager Ronald Koeman and goalkeeper Paulo Gazzaniga both gave their thoughts after the Saints were narrowly beaten at Selhurst Park.

Gazzaniga admitted that he hasn't got a lot to smile about, after the visitors suffered their fourth loss in five matches - all competitions. The Argentine was handed his first League start of the campaign, as Maarten Stekelenburg was sidelined with an injury picked up during the week.

The 23-year-old, who joined the club in 2012, performed well and made plenty of saves to keep the visitors in the game - the best of which, stemming from a Yannick Bolasie strike on-goal. The Argentine insisted that he had mixed feelings after making his first senior appearance since their 6-1 thrashing over Aston Villa back in May. 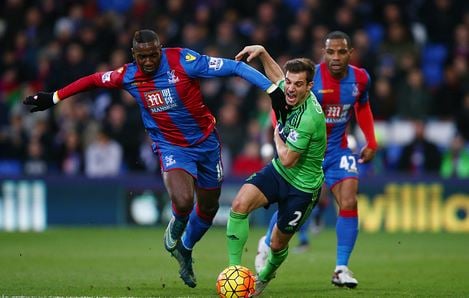 He admitted it was "annoying", the way in which they lost, especially as he personally felt they "deserved a little bit more", even if it was only a point.

If they are to do so, they need to find some goals to give them opportunities in tight matches. He also stated his belief that collectively, everyone needs to "keep learning" from each match they play.

Boss also has his say

Koeman meanwhile, admitted he was also disappointed with the result - but not because of the way his side had performed, taking many positives from the defeat itself.

He admitted they had "difficulties" early on with the wind, and that meant there was not much ball retention-type football.

He also felt as though, just like Gazzaniga, they need to take their chances when they come. "It looks like every opponent with their first big chance, they score, and we don't."

Remains optimistic about the future

However, he remained positive and has kept the faith with his players - that they'll get back to the excellent form which saw them enjoy an unbeaten run of nine matches in all competitions.

"It's all about the confidence of the players, but I think we can take out some good moments in the game - some good football, chances, and of course then, the win will come."

Southampton 1-2 Wolverhampton Wanderers: Wolves come from behind to condemn sorry Saints 11 days ago

Wolverhampton Wanderers vs Southampton preview: Both sides look to extend their FA Cup run&nbsp; 15 days ago

It's not the first time Hasenhuttl has endured a horrid spell, Southampton have to back him 18 days ago

Newcastle United vs Southampton Preview: Both sides will seek to bounce back from defeats 20 days ago

Why Minamino fits Hasenhuttl's system to a tee 23 days ago

Hasenhuttl: 'I hope the physios do a good job' 24 days ago