Joe Hart was fairly frank in his assessment of Manchester City's 2-1 victory over Swansea City, stating that he believed his side 'were awful', despite claiming all three points at the Etihad.

Smash and grab win for Citizens

Having gone ahead against the Swans through a player they bought from the Welsh club in January, Wilfried Bony, City failed to take advantage of their momentum, and were surprisingly pegged back by the managerless side for much of the second half.

Swansea eventually scored a much deserved goal, as Bafetimbi Gomis turned Eliaquim Mangala to smash high into Hart's net in the last minute of normal time, only for City to salvage the situation two minutes later.

A speculative Yaya Toure effort didn't seem to be troubling Lukas Fabianski, only for it to strike the back of Kelechi Iheanacho and fly into the corner. 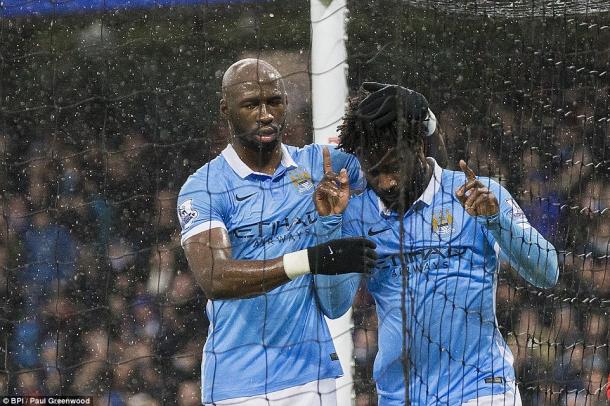 Although they did get a much needed victory to go top of the table, Hart was understandably displeased, and told BBC Sport that "it was a big win considering we were awful".

Praising Swansea, who the 'keeper thought "played well considering the difficult circumstances", he joked that when his team play well he's often "a bit of a bystander," and it was "good to be involved" thanks to a spirited display from Saturday's opponents.

Offering the idea that City are yet to hit top gear this season, Hart said that it was a "good sign" that he and his teammates were top of the league, through in the Champions League and in the last four of the League Cup, despite having "not always played particularly well".

Ending his post match interview with a comment that will give City fans hope of a more commanding performance next week, Hart explained that "to a man, we can all improve".

The Warm Down: City take first step in Round of 16 2 hours ago

Manchester City vs Tottenham Hotspur Preview: How to watch, kick-off time, team news, predicted lineups and ones to watch 13 days ago