Thanks for listening today. I have been Peter Whalen and we hope to see you again soon with us here at VAVEL.

That win ensures Newcastle climb out of the bottom three. The visitors were the better side in the second half and leave the capital with all three points.

Mitrovic flicked the ball on to Perez who fired the ball under Hugo Lloris.

90' Chance. Mitrovic nearly wins the game for Newcastle. The Striker couldn't connect as the ball flashes across the face of goal.

84' Mitrovic putting himself about here.

80' Perez goes into the book for a tackle on the Tottenham skipper.

Elsewhere, West Brom have come from behind to take the lead at Liverpool. 2-1 to the away side.

Following a free kick, the ball somehow found the striker who tapped in from close range.

73' Danny Rose is the latest name to go into the referee's book.

Steve McClaren is certainly going for it here.

Twenty minutes remaining here. Can Spurs grab a second or will Newcastle find a way back into the game.

68' Tom Carrol booked for the home side.

52'  Sissoko drives at the Tottenham backline before finding Cisse, with the latter firing wide. Big chance.

50' Eriksen hits the ball straight into the Newcastle wall. Poor from the Danish international.

48' A swift counter attack from Spurs sees them win a free kick on the edge of the box.

Second Half is underway.

The visitors didn't offer anything going forward in that opening period with the home side getting stronger as the half went on.

45' The home side are very quick in getting the ball back. Newcastle not being allowed any time on the ball.

44' It is all Tottenham now. The ball breaks to Danny Rose but the former Sunderland man drags his shot wide.

38' Eric Dier scores for the hosts with a well timed header. Elliot couldn't do anything about that one.

38' Elliot 2-0 Lamela. Again Elliot prevails as he denies Lamela for a second time, this time tipping it over.

36' Elliot makes a great save. The Newcastle Goalkeeper denied Lamela following a wonderful cut back by Danny Rose.

33' Cisse puts his header wide following a cross into the box.

West Brom have levelled proceedings at Anfield. Dawson the scorer. It is now 1-1.

30' Jack Colback goes into the book for a tackle on Walker.

27' Both teams sloppy in possesion so far. Not a great spectacle for the Neutral.

24' Kyle Walker down injured. The defender looks like he will be able to carry on.

Liverpool lead West Brom thanks to a Jordan Henderson strike.

17' Tottenham have their second corner of the game.

13' Eriksen nearly finds Kane with a delighful ball but Elliot comes and gathers.

8' Physical game so far. Both teams putting in some hard tackles.

1' Newcastle get the game underway.

The teams are out and we are just minutes away from kick-off.

30 minutes until kick-off. Will Tottenham jump into the top four or will the Magpies climb out of the relegation zone?

In other Premier League games, Arsenal lead 2-0 at Villa Park. Oliver Giroud and Aaron Ramsey scoring for the visitors.

Team News will be announced at 3pm as you can follow all the build up here with VAVEL.

"We need to keep our feet on the ground and you have to remember we are a very young team," says Spurs manager Pochettino. "We expect a very tough game against Newcastle - they had a great victory against Liverpool last week and it is a very dangerous game for us."

McClaren's opposite number has played down title talk insisting they are just focusing on Newcastle. "If we start to speak about challening for objectives at the end of the season, maybe we will we will be spending energy on things that are not important today.

"It is not our mindset and were not thinking of that," says McClaren. "It's like starting a game, you haven't started well and are a goal down approaching half-time but two halves are never the same in football.. momentum can change very quickly. We have to make sure we improve from now on in our consistency."

McClaren will he hoping that isn't the case here. The Newcastle boss is also expecting a tough test and revealed his side wouldn't take fourth bottom at the end of the season: "It's going to be very competitive down there."

Tottenham moved into White Hart Lane in 1899, beating Notts County 4-1 in-front of a crowd of 5000 spectators. The hosts biggest ever win at the stadium came in 1960, a 13-2 victory over Crewe in the FA cup.

The Toon Army head into this clash having left White Hart Lane with successive wins on their last two visits.

Tottenham will be looking to Harry Kane again today as the England striker finds himself in a rich vein of form. Newcastle's backline will have to keep him quiet if they want to leave with anything this afternoon.

Ayoze Perez will also be hoping to chip in with a goal having seen himself dropped to the bench in recent weeks.

The latter made United's first goal last weekend courtesy off a Martin Skrtel deflection. Wijnaldum then ran clear through chipping the ball over the on rushing Simon Mignolet to seal all three points.

Steve McClaren will be hoping his key players shine in the capital with star man Georginio Wijnaldum starting to become a real hit at St James' Park. 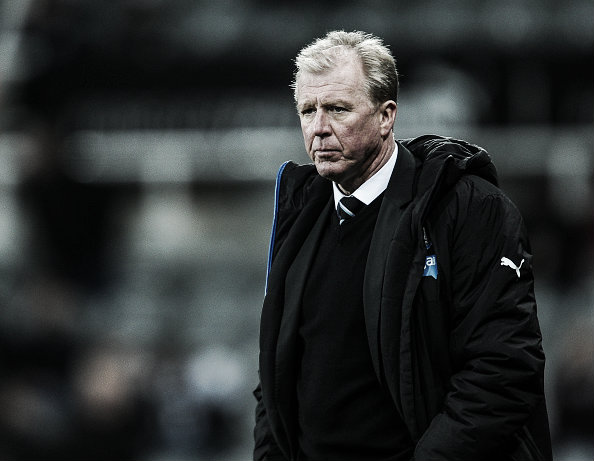 Mauricio Pochettino's side haven't lost since the opening day and with Harry Kane starting to fire, the London outfit will fancy there chances again today.

The Magpies sit 18th in the Premier League table, albeit a win will see them leap out of the relegation places. Spurs are flying high in 5th and could go into the top four with a win, at the expense of Manchester United.

Hello and welcome to VAVEL UK’s live minute-by-minute text commentary of today’s Premier League fixture between Tottenham Hotspur and Newcastle United. Kick-off is set for 4PM but stick with us as we preview the game and get team news prior to kick-off.

Who should get the nod to replace Callum Wilson in Newcastle United's relegation run in? 14 hours ago

Newcastle United vs Wolverhampton Wanderers preview: How to watch, kick-off time, team news, predicted lineups and ones to watch 16 hours ago

The Warm Down: Magpies suffer defeat at Old Trafford as relegation worries intensify 5 days ago

The Warm Down: Newcastle United slip into relegation battle after defeat at Chelsea 11 days ago

What to do with the defensive crisis at Newcastle United? 13 days ago