It's that time of the year when the FAWSL swings into action, and the first week of the new WSL 2 campaign promises to be as action-packed as any as teams prepare to play two games in the opening week.

The next seven days should give us an indication as to what the teams can achieve this year and who will be challenging for what in the standings, so let's take a look at the fixtures that lie ahead.

The pre-season favourites for promotion in 2016 are certainly Bristol City, Yeovil Town and Everton - the latter two having finished third and fourth last year, whilst the former were relegated from WSL 1.

The fixture list hasn't hesitated in testing their title credentials either, with Bristol to host Yeovil in a South West derby on the opening day of the season. Neither will want to lose ground in the promotion race before it even starts, and so it's sure to be an intriguing and entertaining affair.

Yeovil have the kinder follow-up fixture, facing last season's bottom side Watford four days later on the Sunday, whilst Bristol clash with an unknown quantity in Sheffield FC on the Saturday.

Meanwhile, Everton will play Aston Villa in their opening game, hoping for a draw between Yeovil and Bristol and a win for themselves to get a head start on things. Villa won't be brushed aside with ease though, having been a consistent top-half side over the last couple of years. They will want to push for promotion this year, and will fight from the off.

The Toffees' following game, away at Millwall Lionesses on the Sunday, will be a little more straight-forward it seems, as the London-based outfit bid for a mid-table finish that evaded them in 2015.

Mid-table obscurity, or a push for the top?

There a handful of teams who have promised plenty in pre-season with their results and signings, and this opening week will show us just what they are capable of achieving in 2016.

Durham, Sheffield and Villa are the main three here, with them looking for top half finishes at the very least. Reading and Doncaster Belles distanced themselves from the rest of the division massively last year, but 2016 is a lot more open and there is a chance that one of these three could seriously sneak a look in at promotion.

Sheffield in particular are a team that not many know what to expect from. They have the potential to shoot up the standings, but they could also underwhelm and sink towards the bottom.

They are spared the threat of relegation in their FAWSL debut, but Wednesday's clash with Durham will show us just what they are made of - and the same goes for Durham in some capacity.

Villa, meanwhile, have a tough opening game against Everton. They have matched the Toffees well in recent years, but there's a different feel to the clash this week and they are sure to be happy to start with a point on Merseyside.

Things get easier for the Midlands outfit too as they prepare to face an Oxford United side on Sunday who are predicted to struggle in 2016. With some key players lost and a 10-0 hammering at the hands of third-tier Brighton & Hove Albion setting them up for the season, the U's should not trouble Villa massively.

Durham also have a straight-forward second game, facing London Bees, whereas Sheffield have the tough task of heading to Bristol in search of a result. If the Vixens don't get the result they want against Yeovil, then their determination to get three points at home to the newly-promoted side will be even greater.

At the bottom, things promise to be very interesting this weekend. London Bees, Oxford, Millwall and Watford are all expected to struggle, as they seem to do routinely, and so the fixture list has thrown up some interesting clashes.

The Bees will host Watford on the opening day, whilst Millwall visit Oxford just 24 hours later as we look for all to show some form of improvement.

Points will be crucial in these games for all four, as they then each face tough tests at the weekend in which they may struggle to avoid defeat. Oxford face Villa, Millwall host Everton, Watford welcome Yeovil and the Bees head to Durham; and so three points will be seen as a must in their opening fixtures.

The FAWSL will reach it's desired 20 teams when someone is promoted from the FAWPL this year, and so relegation next year is a strong possibility. It's then down to these sides to build some momentum this season ahead of a potentially dangerous 2017.

Five realistic signings for Spurs this summer 15 minutes ago

Fulham 0-2 Burnley: Cottagers relegated with a whimper 26 minutes ago 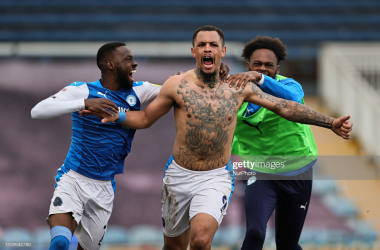 Jonson Clarke-Harris: The Posh's hero an hour ago

The Warm Down: Youthful squad down Brighton to give Wolves a relieving victory 2 hours ago 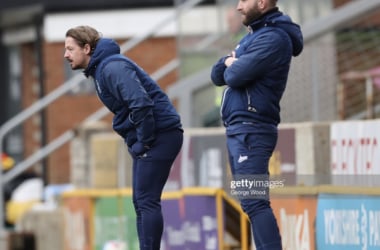 Manchester United vs Leicester City preview: How to watch, kick-off time, team news, predicted lineups and ones to watch 4 hours ago

Edinson Cavani: Why El Matador staying in Manchester could be monumental 5 hours ago