I've been Aaron Stokes, I hope you have enjoyed my coverage of this game.

Ben Foster fires wide with a volley after a free kick was looped in.

West brom break but the move breaks down. Lambert can't find the two unmarked men in the box.

CHANCE: AT BOTH ENDS! Bolasie breaks through the middle and slides in Lukaku but he can't find a way past Foster. Great save.

Mirallas has been fantastic today. Very dangerous throughout.

Lambert nearly gets staright on the scoresheet but he is denied by Stekelenberg.

West Brom corner. Foster with a long ball. McAuley loses his man and heads wide. Appeals for a penalty. Not given, rightly.

CHANCE: Ross Barkley misses a sitter from eight yards out. Bolasie with a fantastic run down the right, whips a perfect cross in but Barkley heads wide. Poor miss.

West brom not getting back into this game. Bolasie looks lively since coming off the bench.

GOAL! GARETH BARRY! A fantastic save by Ben Foster produces an Everton corner. The ball is whipped in and after a scuffed half volley, Barry rises highest to head home from close range. 2-1 Everton.

He's back on now. Isn't too serious.

West Brom starting to dominate here. Gareth McAuley fires at goal from outside the area and gets injured in the process.

CHANCE: Darren Fletcher fires towards the Everton goal but it's a fantastic save by Martin Stekelenberg.

Second half underway at The Hawthorns.

Both sides have had 3 attempts on target.

Everton stronger in the second part of the first half. Fantastic goal just before the break.

Deulofeu with a jinky run down the right hand side. Gets to the byline but his cross isn't met by an Everton teammate.

Free kick in a dangerous area for the visitors. Leighton Baines fires over and receives jeers from the home supporters.

The Irishman limps off with an injury.

Everton looking better and moving the ball with a bit more pace.

Ross Barkley whips a free kick in from the half way line but it is easily dealt with by West Brom's tall defence.

Chance. Leighton Baines drills a low cross across the area but Gareth Barry's effort is hit straight at Ben Foster. First clear cut chance for the away side.

Olsson squares up to Deulofeu. Stands about one foot higher than the young Spaniard. Handbags.

Another attack for West Brom. This time down the right. Corner to the Baggies

West Brom yet to concede this season. Looking sturdy at the back.

Slow start to the game. Not much goal-mouth action.

Ross Barkley goes down in the area and appeals for the penalty. Not given. Rightly so.

West Brom looking for their second win in a row. Everton looking to register their first win of the campaign.

We're underway at The Hawthorns! Here we go!

So we are all set as West Brom begin play in front if their home fans for the first time, as Everton roll into town. But will the Baggies be boinging of will we Ronald Koeman pick up a sweet first win as Toffees boss? Kick-off is at 3PM, but we'll be bring you team news just after 2PM. See you then!

For Everton, Seamus Coleman has been ruled out until September with an ankle injury so Mason Holgate could continue in his stead. Romelu Lukaku is still a doubt for the trip to The Hawthorns with a foot injury. The quartet of Matthew Pennington, Tyias Browning, Muhamed Besic and Callum Connolly are all set to miss out.

Tony Pulis has an almost full squad to choose from. Only Chris Brunt is a continued absence as the Northern Irishman makes his may back from an ACL injury

In the reverse fixture earlier in the campaign, it was again the away side that sneak a 3-2 victory in Hawthorns howitzer. A brace from former Baggies loanee Lukaku saw Roberto Martinez' side come from two-nil down to take all three points

The Baggies won out last time they met in Febraury, when it was again a lone strike from Rondon which settled matters at Goodison.

West Brom and Everton have met 20 times in the Premier League. The Merseysiders head the record, having won 10 times, with West Brom winning on six occasions. There have been four draws in top-flight history.

West Brom gave Matt Phillips his first top-flight league start also. His impact was rather negated in the face of two defensively-minded set-ups.

They may be assisted in their aim with a Toffees side still very much being molded by Koeman. New signing Idrissa Gueye slotted into the Dutchman's starting XI with aplomb and an heir of his former midfield destroyer Victor Wanyama, with his tenacious play.

After safety was guaranteed, the goals dried up for the Baggies and their defence went missing in taking just one point from their last four at The Hawthorns, finding the net just once.

Pulis will be looking to make a make it a two wins out of two and a winning start at home, after they finished last season in the West Midlands in woeful form.

Koeman deployed the former Barcelona man in an advanced forward role during pre-season also, but with Everton lacking a creative influence last time out, might we see Deulofeu revert to his more accustomed right-wing role?

The Spaniard led the line admirably and troubled Spurs' back line that helped Mauricio Pochettino's men towards an unlikely title push only a few months ago.

As Romelu Lukaku's future on Merseyside continues to be shrouded in doubt, the Belgian striker was absent last weekend, which saw Gerard Deulofeu as the most advanced man as the invisible number 9.

In Ronald Koeman's first Premier League game as Everton boss, the Dutchman saw his side take the early ascendency in entertaining The Lily Whites.

Tony Pulis' side's win against The Eagles, once again confounded pre-season fears that West Brom may struggle this term. The Baggies again proved however they have the tools to pick up away points. The regular defensive unit of Craig Dawson, Jonas Olsson, Gareth McAuley and Jonny Evans that kept 10 clean sheets last season, once again took away all three points, to begin the campaign. 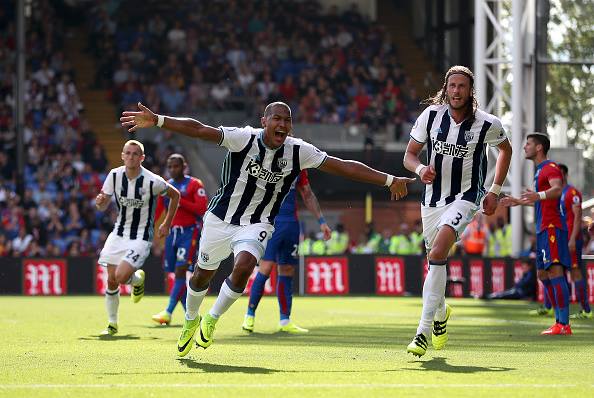 West Brom ground out a typically resolute 1-0 away win versus Crystal Palace at Selhurst Park, courtesy of a Salomon Rondon headed winner. Everton were pegged back by Tottenham Hotspur at Goodison Park, where a second half goal from Erik Lamela cancelled out Ross Barkley's opener.

Both The Toffees and The Baggies kicked off their 2016/17 campaign in contrasting styles last weekend.

Good afternoon and welcome to VAVEL UK's live text coverage of the Premier League clash between West Bromwich Albion and Everton at The Hawthorns this Saturday afternoon. I, Aaron Stokes, am your host for proceedings and I will be guiding you through the action. Kick-off is 3PM BST and we'll have team news just after 2PM

Valérien Ismaël: What he needs to do before the start of the Championship season a month ago

West Bromwich Albion 2020/21 Season Review: Not even Sam Allardyce could save Albion from relegation a month ago

West Bromwich Albion Vs Newcastle United preview: How to watch, kick-off time, team news, predicted lineups and ones to watch 5 months ago