Heading into tonight’s EFL Cup match with Blackpool at Selhurst Park , Crystal Palace have started their season as they ended the last: with a lack of a goal threat and no wins.

The 1-0 defeat away to Tottenham Hotspur on Saturday was their second defeat in two games, meaning they have only won two of their 23 league games in 2016.

But on an attacking front, the Eagles received a boost before their game at White Hart Lane, completing the signing of former Aston Villa striker Christian Benteke for a club record fee of £27m from Liverpool.

After his transfer was announced, the 25-year-old told the Official Crystal Palace website that his meetings with manager Alan Pardew convinced him to sign, because he was 'really happy to hear about his project’.

Benteke also ‘did his own research’ on the wingers at the club, and believes that they can help him become a success.

Recorded signing Benteke will need to be assessed by Alan Pardew before he decides to give the Belgian striker his Eagles debut.

There could also be a change in goal, with summer signing Steve Mandanda in line to make his first start.

Bowyer told the official club website that to go and play at a Premier League stadium “is a great occasion’.

The Tangerines boss played in similar David - Goliath ties during his playing career, and believes he will learn so much about his players’ in tonights game.

Blackpool have had a mixed start to life in League Two, winning one, drawing two and losing one of their opening four games. However they did secure a 4-2 victory over League One Bolton in the last round of the EFL Cup.

The League Two visitors will travel to London with a number attacking options missing.

Kyle Vassal, Jamille Matt, Jack Redshaw and Danny Philliskirk are all out due to injury. 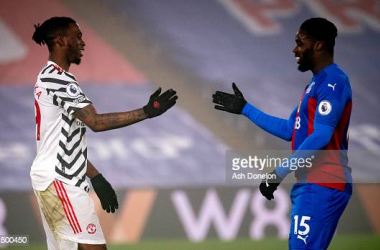 The warmdown: The Eagles earn a huge point against Manchester United a day ago

Crystal Palace 0-0 Manchester United: The Eagles hold out to secure a hard-fought point 2 days ago

Roy Hodgson on whether Mamadou Sakho will return from injury this&nbsp;season 3 days ago

The rise of Tyrick Mitchell 3 days ago

The warmdown: The Eagles were nullified by a wasteful Fulham 5 days ago

What Roy Hodgson believes Christian Benteke must do&nbsp;to&nbsp;keep his place in the&nbsp;team 6 days ago