Turbine Potsdam continue to lead the way after another round of Frauen-Bundesliga fixtures, Munich hot on their heels and Borussia Mönchengladbach have been left at the bottom of the table, four teams above them all on four wins as the newcomers still hunt their first point.

Having been given a rest this weekend, Wolfsburg, Potsdam, Leverkusen and Mönchengladbach were all in mid-week action last week for their week eight fixtures.

VfL Wolfsburg, desperate to keep pace with their opposition, Turbine Potsdam, fell to their second loss of the year in a scrappy game that took no prisoners. Both sides coming away battered and bruised after the closest either of them had to a derby (200km separating Wolfsburg and Potsdam), the game settled when Eseosa Aigbogun, first to the ball at a corner, headed it past Almuth Schult. Three vital points for the hosts to take home and keep their noses in front in the table, Wolfsburg slipping into fifth, their goal difference nothing to write home about.

In the other of last week’s midweek games, Bayern 04 Leverkusen kept Borussia Mönchengladbach still searching for their first win after what was arguably their best performance to date. The visitors took the lead after the hour when Kelly Simons came out on top in a foot race with Frederike Kempe, heading the ball on to chase it down and fire low past an advancing Anna Klink. The lead however, lasted for just twelve minutes when second-half substitute Anne Birbaum deflected Christina Bellinghoven’s parry into the empty net before Rebecca Knaak completed the comeback in stoppage time, rifling the ball past Bellinghoven from fifteen yards.

Essen and Freiburg stamp their authority

The biggest win of the week came the way of SGS Essen away to USV Jena, the visitors up after just two minutes. Nicole Anyomi’s early sprint paying off as she chased down Lena Ostermeier deep clearance, the home defence hopelessly out of place as Anyomi charged through before poking the ball past Kathrin Längert.

The first-half a rather low-key affair, the two sides in at the half with just the one goal between them before Essen made it two just after the break, Sara Doorsoun’s persistence in the box affording her an inch of space to turn and shoot.

Never fully out of the game, Jena had their chances but consistently found themselves second best to a stubborn away defence, their own back-line sliced open when Doorsoun fed the ball through to Kozue Andō to make it three, her lofted ball just too high for Längert. Nina Brüggemann’s wicked free kick the cherry on top of a successful afternoon as it evaded the wall and slammed into the bottom corner leaving Längert no chance.

It was 0-0 in Freiburg after an open first-half with both Laura Benkarth and Sabrina Lang called into action to pull off a handful of strong saves, Lina Magull went closest after the break with an angled free kick from 25 yards, the ball cannoning into the side netting. SC Sand found the breakthrough after the hour when Nina Burger found just enough space seven yards out following a poorly cleared free kick.

Not to be outdone, SC Freiburg’s Sarah Puntigam nodded the hosts level ten minutes later after connecting well with Carolin Simon’s dangerous free kick. The importance of set-pieces hammered home further six minutes later when Carolin Schiewe gave the hosts the win, first to reach an errant ball after Klara Bühl had smashed the free kick against the upright from 20 yards, the defender volleying the ball past Lang.

Duisburg and Munich dig in

Having gone ahead through Lara Heß just after the quarter hour, MSV Duisburg were reduced to ten after Lee Falkon was dismissed for a late challenge on Lina Bürger. Despite the numerical advantage, TSG 1899 Hoffenheim couldn’t find a way through the home defence, Lena Nuding worked throughout the second-half but a match for all the visitors could throw at her – wayward finishing only playing into Duisburg’s hands.

In what was to be another less than convincing performance Bayern München recorded their sixth win of the year at FFC Frankfurt’s expense, Nicole Rolser’s first-half strike all that could separate them at the break. Matt Ross’ team rallied well after the break and dominated the game from then out but the hosts refused to buckle, Tinja-Riikka Korpela and her defensive line enough to carry the hosts through and launch them up the Bundesliga table. 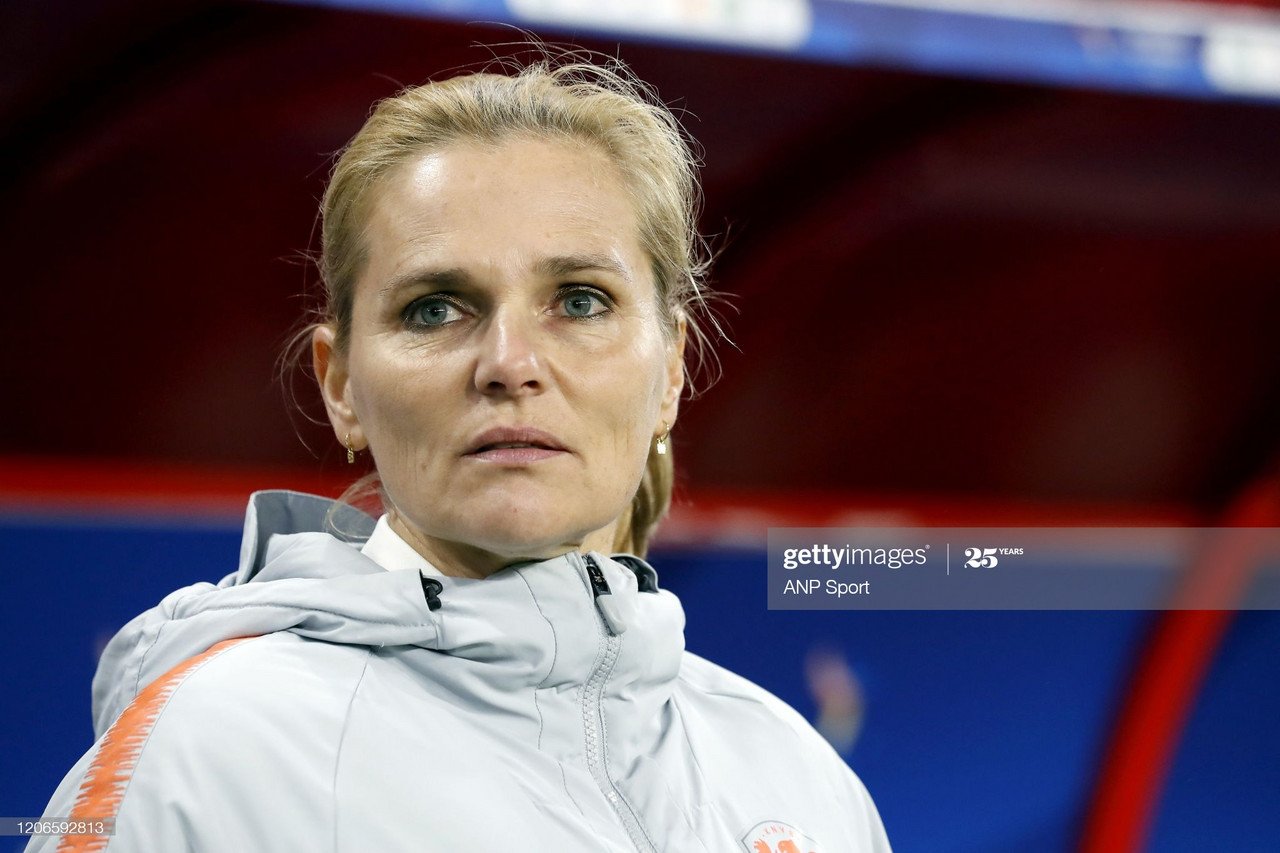 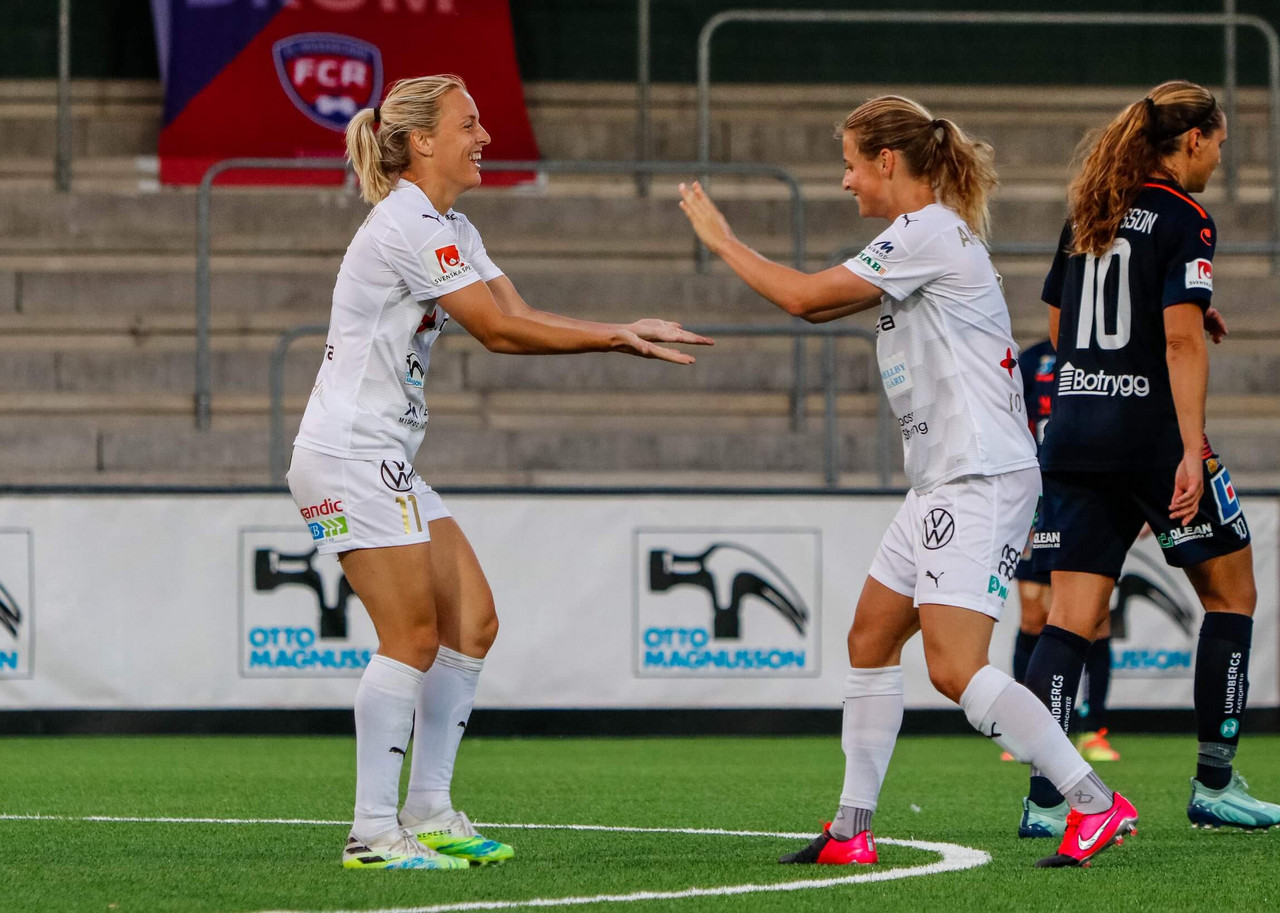 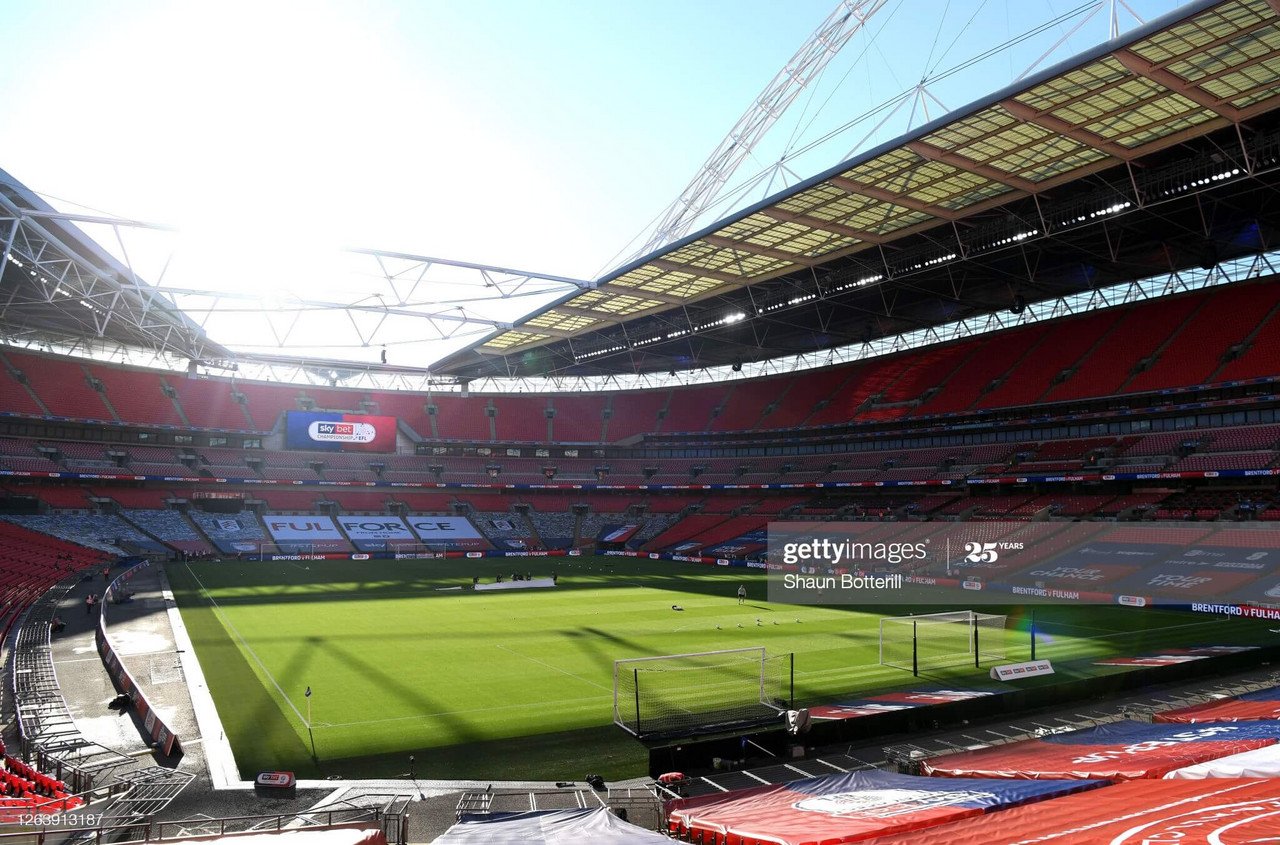 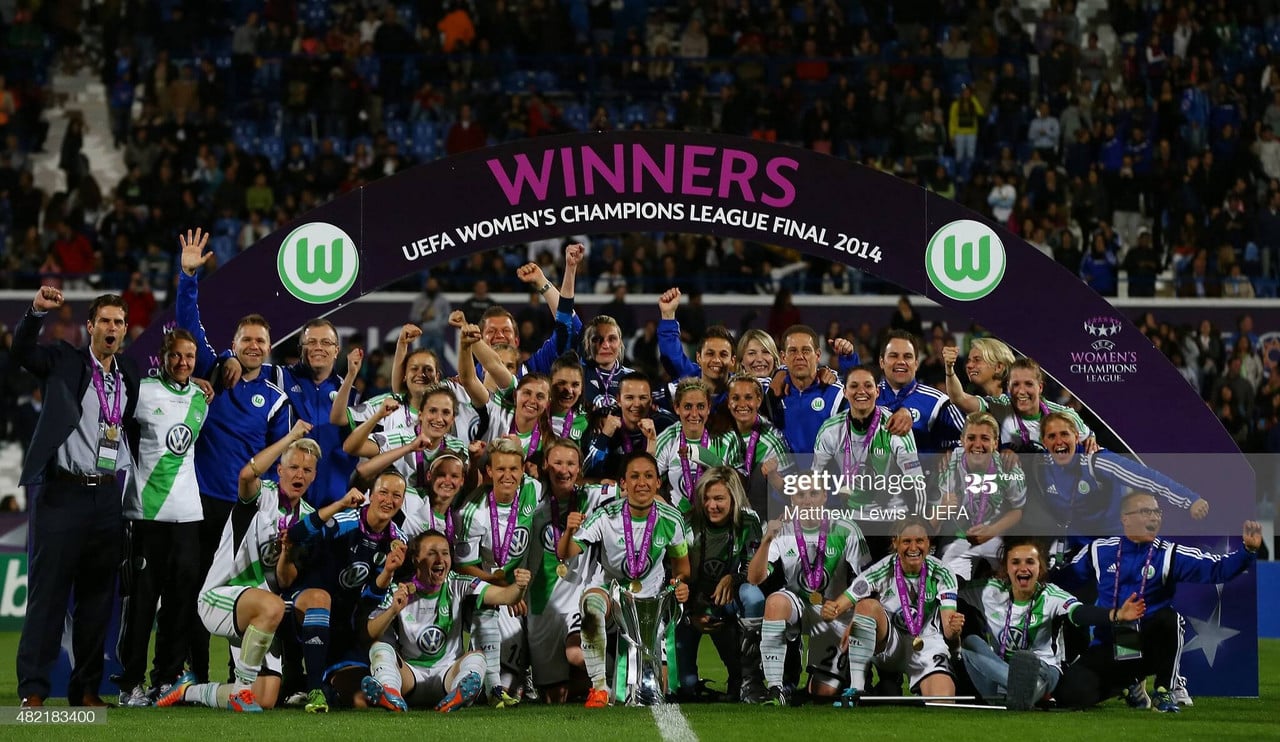 Vfl Wolfburg Frauens Champions League so far: Will the Germans have the advantage after finishing their league?8 hours ago 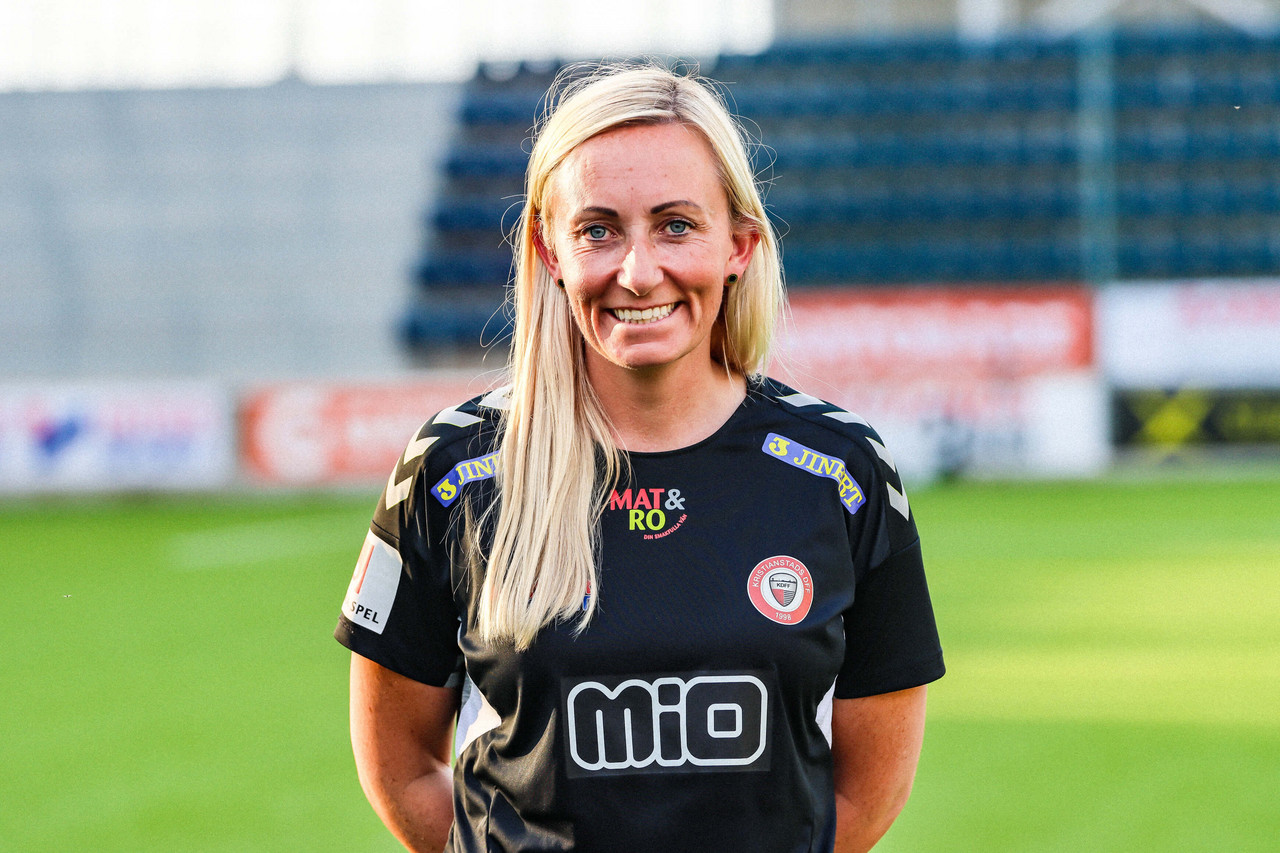 'We are trying to find women who want a career within coaching' - Elisabeth Gunnarsdóttir, Kristianstads DFF Head Coach on equality in football13 hours ago

How will Lyon cope without Ada Hegerberg?4 days ago

Women's Super League pre-season so far: Friendlies commence across the division4 days ago

Will Lyon's dominant streak come to an end or will they make it five in a row?4 days ago

OBOS Damallsvenskan Round 9 roundup5 days ago