Toby Alderweireld, Erik Lamela and Ben Davies are all out of Tottenham Hotspur's Premier League fixture against West Ham United on Saturday evening, after manager Mauricio Pochettino confirmed as such in his pre-match press conference.

Speaking to the viewing media at the club's training ground in London, Pochettino ruled that trio out of the game, whilst also offering updates on a lenghty list of stars that are doubtful for the derby game, as Spurs look to win their first game in eight.

Lamela has been sidelined for nearly a month now with an ongoing hip proble, whilst Davies was expected to be sidelined with an ankle injury, which has come to fruition, the Argentine boss commenting on the pair "we’re not sure the time they’ll be out." 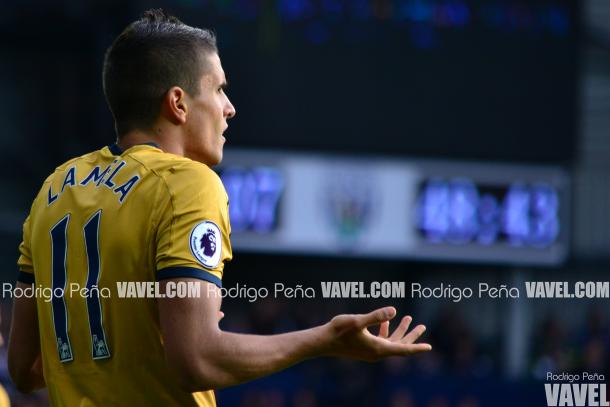 However, the Alderweireld news was more worrying, with Spurs fans concerned at the Belgian's slow recovery after sustaining what originally seemed a fairly routine knee injury away to West Brom last month.

Speaking about the centre-back, Pochettino explained that "the recovery has been very slow," whilst revealing that the knock sustained against the Baggies damaged his nerves, meaning a return is still "one week or 10 days" away.

That news means that Eric Dier is likely to continue at the back, unless Kevin Wimmer is selected to partner Alderweireld's international teammate Jan Vertonghen, who is reportedly close to signin a new contract.

Adding to the three confirmed absentees, Pochettino also confirmed that attacking midfielder Dele Alli is a doubt for the game. Still, any return would be a surprise given that the Englishman was expected to be out for three weeks after twisting his ankle in training before the Arsenal game two weeks ago.

"We are very happy with Dele Alli," said Pochettino, adding "he showed today in training that he’s in very good condition. We need to know whether we take the risk to play him against West Ham." That's something that will be discussed on Friday, as the midfielder is assessed before the fixture.

There was some good news for Pochettino, and Tottenham fans alike, as they look to see a worrying injury list reduced. After Christian Eriksen, Moussa Dembele and Harry Kane all returned from international duty early, their manager confirmed that all were fit and available for selection.