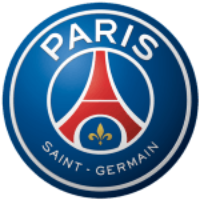 All to play for in the last matchday of the group stages, but that's it from me tonight. I've been James Eagles (@therealjeagles), thank you so much for joining me.

Well, the 2-2 scoreline favours PSG. All they have to do is beat Ludogorets to ensure top spot. But, with Bayern confirmed as group-runners up, and Real potentially joining them in that boat, could finishing second work in Arsenal's favour?

However, Arsenal will feel a missed opportunity, having taken the lead. But, given the fortuitous nature of their second goal, PSG may be the ones that feel hard done by. Had Edinson Cavani been a lot calmer in front of goal, the scoreline could've made for rather uncomfortable reading tonight.

PSG have one change remaining

Arsenal have no changes remaining.

79: Lucas sets Cavani free, but the Uruguayan inexpicably tries a lob. Had Ospina not ambled out to catch it, it would have been reminiscent of Geoff Thomas' infamous effort for England.

Hatem Ben Arfa's corner is whipped over to the back post and is met by Lucas, who is hardly the tallest man in the box. His header nicks off of Iwobi and goes in. PSG are topping the group for now.

74: Giroud bullies Verratti into giving the ball away. He works it out to Sanchez who clips a cute ball over towards Ramsey, but he can't quite reach it in time.

70: Motta tries a long range shot. I hope that man in the crowd on the end of it is all right.

With around 20 minutes to go, Arsenal are poised to win Group A. PSG are looking angry though.

63: Cavani goes down rather theatrically under pressure from Koscielny and the onrushing Ospina. No penalty, correct call. For some reason, he seems incensed; replays show that it was a desperate dive.

Hardly a goal that Wenger will look back fondly on for its quality, but he won't care! Pressure from Arsenal has once again paid dividends. Fortuitous to say the least, Ramsey's shot inside the area was seemingly cleared by Marquinhos, but said clearance cannonned off of the unfortunate Verratti and left Areola stranded. The Emirates is rocking now!

58: Sanchez chases a seemingly lost cause to win a corner. Arsenal are knocking at the door, Marquinhos had previously blocked a Giroud shot that was destined for the far corner.

56: Verratti pulls Ozil down and recieves a yellow.

54: So close for Lucas! He takes the resulting free-kick 25 yards out and shapes a delicious effort towards the far post, wrong-footing Ospina. But, it clatters off the bar.

52: Koscielny gives the ball away cheaply to Lucas, who runs at pace - the Frenchman "atones" for his first error by bringing him down and subsequently becomes the third man to see yellow.

47: A positive start for Arsenal, quite the opposite of the first two minutes.

KICK-OFF: The second half starts

Some scores around Europe:

So Arsenal are level at the break, somehow. It's been a training match at times for the Parisians, Arsenal allowing them far too much time and space. That stopped towards the end of the half, and look at the result.

As it stands, Arsenal would remain top and head-to-head would be irrelevant - all down to points and then goal difference. But, there's a long way to go yet.

Giroud tucks the penalty away brilliantly, sending Areola the wrong way. For all their dominance, PSG go into the break level.

PSG are caught out, they overplay the ball out of defence. Ozil collects the scraps and finds Sanchez with a reverse pass. He cuts back inside and his caught by the leg of Krychowiak. There's a little bit of afters.

42: Jenkinson takes on Maxwell but blazes his cross into the PSG end. The Arsenal contingent let out a collective disapproving groan.

41: Better from Arsenal, as PSG are actually put under pressure. Possession in a dangerous area culminates in a cross from Gibbs, that hits Meunier and then Gibbs again, and goes out for a goal kick. Sums up Arsenal's first half.

39: Arsenal are settling into the game now, Sanchez tries a cross but it goes over Giroud's head. Gibbs does well to force a throw-in, which is wasted.

34: Coquelin is the next man to see a yellow. Debatable, but it means he will miss the game in Basel next month.

31: Marquinhos is the first man into the book for a nudge on Sanhcez.

28: Ramsey goes down under the challenge of Thiago Silva in the area - nothing doing for Mr. Brych. Correct call.

27: Spell of Arsenal possession now. Sanchez tries to lift the ball over towards the rampaging Jenkinson, but Areola is alert and beats him to it.

25: Sanchez tracks back and hassles Maxwell into running the ball out of play.

23: Giroud is caught offside. He hasn't looked particularly sharp in the opening exchanges.

What will Arsenal's response be? They need a good one, otherwise winning Group A will be unachievable.

Talk about catching Arsenal unawares! After lulling the Gunners into a false sense of security, PSG changed up a gear. Matuidi's clever run into the box was followed up by a fast cross and Cavani was on hand to bundle home.

18: Once again, PSG are quite content with keeping the ball.

15: From said corner, Cavani was left unmarked and was allowed to get a flick on at the near post. The ball bounces around, then is poked towards goal by Thiago Silva and is hacked off the line by Gibbs.

15: Meunier's whipped low cross is cut out by Koscielny, corner to PSG.

14: Iwobi makes another promising run, cutting inside from the left; but the Nigerian tries to do too much and instead of shooting, runs into the sturdy frame of Krychowiak.

12: After a spell of PSG possession, Meunier's pass to Lucas is overhit and runs out for a goal kick. A promising start for the visitors.

9: Iwobi runs at Marquinhos, but can't get past him.

6: A sloppy start for Arsenal - Coquelin squanders possession far too easily in midfield. Verratti picks the ball up but is swarmed by red shirts, the ball ricocheting towards the run of the advancing Cavani, Koscielny sweeps up the danger.

3: Jenkinson floats a ball over towards Giroud, but it evades the Frenchman and trickles out for a throw.

KICK OFF: Here we go!

Welcome back to VAVEL's live coverage of Arsenal v Paris Saint-Germain in the UEFA Champions League. I'm James Eagles, thank you for joining me - let's hope we see a real cracker to warm up a chilly Novermber evening in North London.

Look out for a good battle between Olivier Giroud and the all Brazilian central defensive partnership of Marquinhos and Thiago Silva. Will Giroud's physical strength unnerve Marquinhos? Neither of the two are slow on their feet, should Giroud have to run at them, so Arsenal may have to play off of the Frenchman, utilising the speed of Alex Iwobi and Sanchez.. We saw what crosses could do for Arsenal on the weekend, so expect a few aerial battles tonight.

As for the visitors, Meunier does fill in for the disgraced Aurier, and Grzegorz Krychowiak starts in a very defensive minded middle three; with Blaise Matuidi deployed as a left winger.

Not too many surprises in regards to the teams. Ospina once again deputises for Cech in the Champions League, but Aaron Ramsey starts - there are reports that he played through the disappointing draw to Manchester United with a broken toe.

Alexis Sanchez also starts, there were suspicions that he would be rested tonight.

The teams are in:

Make sure you join me from 6:45pm tonight, when live coverage of this pivotal encounter will resume. You won't want to miss it.

Finally for now, let's speculate on the probable teams for tonight.

The main talking point in the build up to this game has been the situation regarding Serge Aurier. The Ivorian right-back has been refused entry to the United Kingdom due to an ongoing court case, evoked by Aurier assaulting a policeman in May, an incident he was handed a suspended two-month jail sentence for in September.

The French club have accused the Home Office of being a "little tardy", only refusing Aurier entry yesterday. PSG have also reportedly said that the UK authorities even handed Aurier a visa last month.

Quite the selection headache for Unai Emery, but he can call upon Thomas Meunier, whose stunning, late goal in the last matchday against Basel secured qualification for the knockout rounds.

To refresh our memories, let's take a gander at the Group A table.

So, how have Arsenal faired in previous encounters against the nouveau-riche capital club?

In the three times the two have met, Arsenal are unbeaten, winning once and drawing twice. The last encounter between the two came on the opening matchday of this season's Champions League, with Alexis Sanchez' late goal stealing a point away from the Parisians, after Edinson Cavani's goal inside the first minute gave them the lead.

Elsewhere in the group, Ludogorets face FC Basel in Sofia, in the tight battle for the sole Europa League spot.

Last time out, Arsenal edged past Bulgarian side Ludogorets, after Mesut Ozil's audacious, last minute winner. Finding themselves two nil down, away from home, in the first 15 minutes, Arsenal showed impressive resilience and admirable character to battle back and seal qualification for the next round of the tournament; the one thing missing from Arsenal's trophy cabinet. Could all that change this year? We'll have to wait and see.

Welcome to VAVEL's live coverage of Arsenal's fifth game in this season's UEFA Champions League, against runaway French champions Paris Saint-Germain. Once again, I'm James Eagles and I will be guiding you throughout tonight's encounter as Arsenal look to extend their 17 game unbeaten run in all competitions, and a win tonight would ensure that they win Group A, crucially.