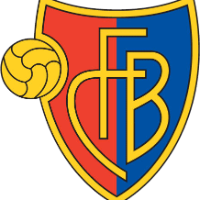 One second, there seemed to be no danger, with Alexis Sanchez camped out on the left hand side, 40 yards from goal. A split second later, the ball was in the back of Tomas Vaclik's net for the fourth time in the evening, with the Basel defence stood like statues. That was the difference between the Swiss side and rampant visitors, Arsenal, with the Gunners triumphing 4-1.

Three goals from Lucas Perez and one from Alex Iwobi helped Arsenal top Group A against all the odds - with Ludogorets stunning PSG to claim a point at the Parc des Princes. Seydou Doumbia scored a fine consolation for the RotBlau, but tonight marked their final European game of the season, as they slumped to plumb last in a tough group.

Arsenal have started December all guns blazing, this confident 1-4 followed an equally superior 1-5 win over West Ham in the league. With a congested festive period looming large, this was the perfect confidence booster.

Gunners firing on all cylinders early on

Despite the heavily rotated side, with Arsene Wenger naming six changes after the win on Saturday evening - Arsenal stamped their mark on the game early on, having more of the ball, shifting Basel this way and that until the first cracks appeared.

Just as in London two months ago, those cracks were found early on. Much has been said about the red-hot partnership between Sanchez and Ozil this season, and after just seven minutes, said combination helped the Gunners take an early lead.

A clean pass into Sanchez was followed by a deliciously weighted lofted ball over the stretched Basel backline, the marauding Kieran Gibbs the recipient. His first time, low cross evaded Vaclik in the hosts' goal to find a waiting Perez, who waited for Eder Balanta to fall to ground  before lifting the ball into the gaping net.

It was a welcome relief to the heavily scrutinised and indeed criticised Spaniard, making his first European start for Arsenal since his summer move from Deportivo La Coruna. Despite the finish seeming rudimentary, Perez showed supreme composure to bide his time and give his side a deserved lead.

Spirits seemingly undamped, Basel were unlucky not to have found themselves level, just three minutes later. After a misplaced pass by the hometown hero Granit Xhaka was pounced upon in a dangerous area, the returning Mohamed Elyounoussi lofted a searching cross towards the back post towards the lurking Matias Delgado. The Argentine playmaker managed to direct his header goalwards, prompting a superb reflex save by David Ospina - who had to throw his body back where he came from to get a strong left paw to the ball. Despite Marc Janko converting the rebound, the celebrations were short lived, the bravely short sleeve clad Delgado flagged offside.

Perez is the main man for Arsenal

However, that foiled attack on the Arsenal goal proved to be a mere flash in the pan, Arsenal and Perez doubling their tallies a fraction over the 15 minute mark. Again, the move was the led by Ozil and Sanchez, the duo working their way forward via a set of one-touch passes, before the German sliced through the Basel defence with a glorious, incisive ball to Gibbs - again in an advanced position. Although his low drive was parried by Vaclik, Perez graciously accepted the gift of a rebound. Another open net, another goal for Arsenal.

With news of Paris Saint-Germain falling behind to Bulgarian minnows Ludogorets in the other, pivotal Group A clash, Arsenal were heading for a potentially favourable draw in the Last 16 - well, as favourable as a Last 16 draw can be in Europe's elite competition. Despite the advantageous position, Arsenal showed no signs of letting off the accelerator.

Although Basel did have a dangerous spell at the end of the half, with Renato Steffen testing Ospina from distance and then Delgado spurning a free header - they never looked likely to really trouble the coasting Gunners.

After the break, Arsenal continued to pile on the misery for the runaway Super League champions, with Perez completing his first Arsenal hat trick, just 106 seconds into the second period. One of the standout performers of the night, Gibbs was involved once more. Pouncing on a sluggish Balanta pass, the Englishman rifled a pass into the feet of Sanchez - which the Chilean couldn't control - with the loose ball running to Perez, who surprised Vaclik by firing a quick shot towards the far corner. The Czech shot-stopper got a tame hand to it, and will be disappointed not to have tipped it round the post. But for Perez, a rare highlight in his brief Arsenal career thus far, he along with a few other so-called squad names may force Wenger's hand in his future team selections.

In truth, Arsenal rarely had to venture into top gear, the likes of Sanchez, Iwobi and Ozil all gliding across the pitch, moving the ball quickly, stretching Urs Fischer's side, creating gaps galore. Not too long after Perez' third, Arsenal increased their lead further, with Iwobi notching up the first Champions League goal of his career.

A regular occurrence over the course of the evening, Sanchez and Ozil displayed their almost telepathic connection to carve open the Basel defence. The Chilean hugged the touchline, and spotted Ozil making a diagonal run into the box. With a swift lift of the head and flick of the right boot, he found the German untouched, and Ozil had the time and space to control and cut the ball back to the incoming Iwobi, who like Perez in the first half, had the easiest of finishes.

Undeterred by their team's mediocre performance and the sub zero temperatures, the Basel contingent kept on singing, and spurred their team on to create a few chances towards the end. Ospina had to be alert to keep Serey Die's deflected volley from sneaking into the bottom corner.

At the other end, Sanchez had a chance of his own to put his name on the scoresheet, after drawing a foul from the shaky Balanta. But, his sensational, knuckling effort that caught Vaclik flat-footed, clattered off the underside of the bar and away to safety. He puffed out his cheeks and shook his head, after his exemplary triple against West Ham, this wasn't to be his night. In fears for his safety after being on the end of a few heavy tackles, he was taken off with 15 minutes to go. For once, he looked to be relieved with the decision.

Before the full-time whistle, there was a rare glimmer from Basel, and it came from substitute Doumbia, who injected a welcome burst of pace to the lacklustre Swiss side. He also brought rare quality to the table, something he failed to show in his unforgettable loan spell with Newcastle United last season. Latching onto a wayward pass from the otherwise impressive Rob Holding, the Ivorian forward spun away from Koscielny before breaking into the box after a quick exchange with Janko. Furthermore, he showed supreme confidence to lift the ball over the onrushing Ospina.

That was as good as it got for the northwestern club, with Arsenal easily seeing out the final 12 minutes. Additionally, Ludogorets held on to claim an unlikely point against PSG, to ensure their passage into the UEFA Europa League, at the expense of Basel, whilst Arsenal win Group A - their first group win for five years.

As it happened: Arsenal come from behind to beat Liverpool at The Emiratesa month ago

What next for Arteta's walking circus?2 months ago

David Luiz: Why Mikel Arteta might want to keep him2 months ago