Lech Poznań defender Łukasz Bejger will have a trial at both Manchester United and Manchester City this summer.

VAVEL sources suggest the Poland under-15 international will first train at Man United's Aon Training Complex between July 31 and August 5 before going from red to blue and training with City between August 6 and August 13. 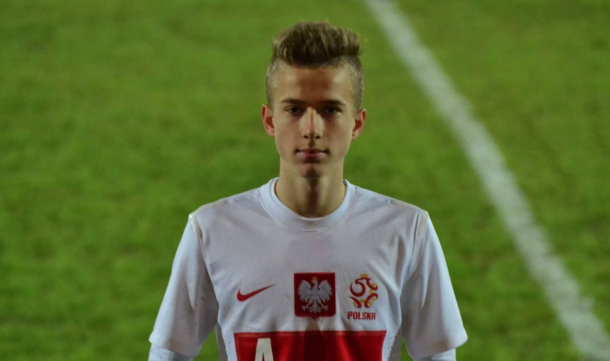 It's unlikely Bejger will sign for either club this summer, but could well complete a transfer if he impresses next season.

Born in Golubia-Dobrinya, he'll now be preparing to travel to England for his pair of trials.

This is the third trial for a Polish player since the appointment of former-Legia Warsaw Radoslaw Kucharski at Man United. Two goalkeepers, an under-15 and under-14 player, have both been on trial at Man United, though neither has been signed for the club. Players can only move within Europe at the age of 16.

Man United have made five signings at under-18 level this summer. The Reds confirmed on Monday the completion of deals for midfielder Ethan Galbraith from Linfield, Northern Ireland under-17s captain, and defender Dishon Bernard from Chelsea.

VAVEL also understand that United have signed France under-16 international Aliou Badara Traoré, a powerful box-to-box midfielder, from French side Sarcelles. Espanyol midfielder Arnau Puigmal  is also likely to sign for the club after being spotted by United coaches and scouts at the MIC Tournament. The final addition is Charlton Athletic left-winger Largie Ramazani who VAVEL understand has put pen to paper on a scholarship deal at the club.

Manchester United vs Chelsea Preview: How to watch, kick-off time, team news, predicted lineups and ones to watch 2 days ago

Manchester United: Regaining form at the right time? a day ago

A trip down memory lane: That night at the Parc des Princes 7 days ago

Opinion: The biggest winners from Manchester United's victory over Newcastle United 8 days ago