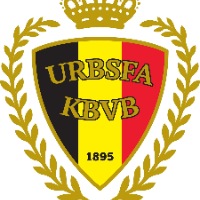 With plenty riding on a victory today for both teams, it was the Netherlands that came out on top after a frenetic, fast-paced match against their nearest neighbours, Belgium.

The hosts are now through to the knock out stages after winning all three of their matches while Belgium, after a valiant effort, will now be headed home.

Spitse gives the hosts the edge in the first half

A lofted ball into space in the 11th minute found Shanice van de Sanden out wide and her pace helped her catch up to the ball. She then found Lieke Martens arriving near the top of the box but the FC Barcelona forward was unable to keep her first time effort down and hr shot flew over.

The game was halted for a long period of time after a clash of heads between Anouk Dekker and Maud Coutereels but fortunately both players were able to continue on after receiving treatment.

Coutereels was involved in the thick of the action again not long after returning to pitch when she felled Jackie Groenen in the box, giving the hosts the opportunity to take the lead in the 27th minute.

Skipper Sherida Spitse stepped up and put away the penalty just as easily as she did against Denmark and gave the hosts the lead.

Belgium did not lose heart and almost took the lead right from kick off when a deflected cross came to Elke Van Gorp but she was unable to place her header on target.

The second half saw the Belgians really push the tempo of their game as they looked to find a way to win the game.

They knew that a draw would not be enough for them and they needed to attack in order to get the win. Tessa Wullaert began to come to the fore for her country and she almost helped them pull level in the 56th minute when her cross found Janice Cayman making a near post run, unfortunately for Belgium, Cayman's effort went over the crossbar and not into the net as they had hoped.

Three minutes later, Wullaert produced a moment to give her team a goal. The Belgian captain punted a speculative lob into the box that fooled goalkeeper Sari van Veenendaal and dropped perfectly into the net. The Dutch goalkeeper will not be forgetting that goal any time soon as she had plenty of time to gauge the height of the ball but she completely misjudged the flight of the ball and handed the Belgians some renewed hope.

The next goal of the game came in similarly bizarre fashion. Martens, who was beginning to win her battle over Laura Deloose out on the left hand side, received the ball at her feet and drove forward toward goal. She cut inside to her right foot, looking to curl it into the far corner, but instead it took a nasty deflection off of Aline Zeler and Justien Odeurs could not reach the ball quickly enough to stop it from going into her net.

Belgium now were desperate which gave the Netherlands space to attack on the counter and Vivianne Miedema should have made it three in the 85th minute when van de Sanden found her in the box but she sent her header straight towards Odeurs who produced a solid stop. The final chance of the game fell to Wullaert who cut inside and sent a rasping shot towards goal off of her left foot which van Veenendaal had to make a great save t tip over the crossbar.

The Netherlands will now face the runners-up from Group B, which won't be decided until after tomorrow's games, while the Belgians, who showed plenty of promise in their first ever international tournament, will be watching Euro 2017 from their homes.

West Ham United Women vs Manchester United FA WSL Preview: Kick-off time, team news, ones to watch and how to follow 5 days ago

Reading vs Manchester City FA WSL Preview: Kick-off time, team news, ones to watch and how to follow 6 days ago

Although they have only recently joined, the off-the-pitch impact of the WSL's USWNT additions is already evident 14 days ago

Chelsea FC Women vs Manchester City Women: WSL Preview: Kick-Off time, team news, ones to watch and how to follow 12 days ago

England women to face Norway at Bramall Lane 14 days ago

"If people aren't talking about you, then you're not doing the right thing" - Casey Stoney ahead of facing Tottenham in the FA WSL 14 days ago