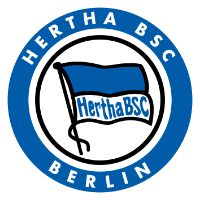 Mohamed Salah scored his third goal of pre-season as Liverpool eased to a convincing 3-0 win over Hertha Berlin in a celebratory friendly in the German capital on Saturday.

A late addition to the starting eleven, Dominic Solanke opened the scoring with his second pre-season goal after looping a header beyond Rune Jarstein from Adam Lallana's lofted pass.

Solanke also played a crucial part in the second of the evening, winning possession to find Sadio Mané, who teed up Gini Wijnaldum to stroke a composed attempt into the bottom corner from 18 yards.

After half-time changes, Philippe Coutinho displayed his genius with an excellent through ball for Salah to chip in his third goal within four warm-up games in front of 54,279 inside the iconic Olympiastadion.

Defenders Joe Gomez and Ragnar Klavan were the only two outfield Liverpool players to last the full 90.

Liverpool now continue their intense training regime in Bavaria before facing Bayern Munich in the first of two Audi Cup fixtures on Tuesday, taking on either Atletico Madrid or Napoli the next day.

Coutinho dons the armband for the Reds

Coutinho - once again linked with a move to Barcelona in the past week - was handed the captain's armband for Liverpool.

Elsewhere midfielder Can and winger Mané both made their first pre-season appearances after Confederations Cup involvement and a knee injury respectively.

Robertson had to wait for his uncompetitive debut, starting from the bench alongside a number of Jürgen Klopp's other starters.

Liverpool have ramped up their pre-season preparations since landing in Germany on Wednesday and training in Rottach-Egern.

But the previous few days' taxing triple training sessions meant Origi had to be replaced at the last minute before kick-off by fellow frontman Solanke due to tightness in his hamstring.

Though organised as a celebration of both club's recent 125-year anniversaries, the clash was a competitive affair, with this Hertha's sixth friendly and Liverpool's fifth.

The Bundesliga outfit were the brighter side early on but Mitchell Weiser dragged a left-footed effort wide after cutting inside Alberto Moreno, while Liverpool goalkeeper Mignolet held Darida's powerful drive well.

Liverpool were initially sluggish early on but found the breakthrough on 15 minutes. Solanke moved into space in between Hertha's two centre-backs and after a precise floated ball from Lallana, guided a header up and over Hertha goalkeeper Jarstein.

The Reds enjoyed a fruitful spell from there and the energetic and direct Mané was particularly threatening, although the Senegalese wide-man wasted a great chance to mark his return with a goal when he ballooned a left-footed volley over the bar from inside the box.

The home side could have drawn level after half-an-hour as Weiser eased past Klavan and cut back a low cross for Duda to fire towards the far post, but a well-timed block from Joël Matip forced the shot wide.

Weiser was Pál Dárdai's main threat down the right, consistently causing Moreno problems, but Hertha's chances were few and far between - Marvin Plattenhardt firing a 25-yard free-kick over.

And Liverpool made it 2-0 through Wijnaldum on 37 minutes thanks to good chasing from the ever-impressive Solanke.

The striker won possession high up the pitch and looked inside to Mané, who spun to spot Wijnaldum on the edge of the box. The Dutchman took a touch before netting a composed low finish into the bottom corner.

Salah lifts in a third after Coutinho's class

As in their previous four friendlies this summer, Klopp made a number of half-time substitutions - Robertson coming on for his first run-out since a £10 million switch from Hull City.

Those changes saw Coutinho drop into a deeper-lying midfield role as the second-half started in entertaining end-to-end fashion.

After Jarstein held a routine long-distance attempt from Robertson, Mignolet had to beat away substitute Alexander Esswein's drilled strike.

Jarstein then tipped Firmino's shot over his crossbar after the Brazilian twisted and turned into space in the box, while Robertson's cross towards the back post almost found Salah for a third.

But the Egyptian delivered a third goal after an intelligent run and even smarted over-the-top through ball from Coutinho, Salah latching on to the well-weighted pass and allowing it to bounce once before lifting the ball over the advancing Jarstein and into the back of an empty net.

Liverpool strutted their stuff in the closing stages and Jarstein was required to palm wide from Sturridge. Firmino then tried a clever lob himself from just six yards out, though his audacity was a little too far-fetched after reaching Salah's pass.

With their season-opening trip to Watford just a fortnight away, Liverpool now focus their attentions on the Audi Cup in mid-week - starting against Bayern at the Allianz Arena.

Ajax 0-1 Liverpool: Reds open account with a clean sheet and a win in Amsterdam 3 days ago

The Warm Down: Derby day drama as VAR steals headlines again&nbsp; 8 days ago