Going to give them some great experience

City have had a very close relationship with the newly-promoted La Liga side in the past few seasons, with Pep Guardiola's brother Pere even owning a stake in the club.

This will be third spell at Girona for Maffeo, while Moreno will be returning to the Spanish top-flight after the Colombian made 19 appearances for Deportivo last season.

García certainly impressed Guardiola last season having made several appearances for the first-team, and will be hoping to impress once again with a full season of senior football under his belt. He will hope it will help him breakthrough at City in 2018-19.

The biggest addition will be Costa, who recently made the £10million move to Eastlands from Vasco de Gama. It was undecided whether or not the youngster would join the first-team, but he will join his three Ciyt team-mates in Girona.

“Girona will give Douglas the perfect opportunity to develop at the top level of the European game," Director of Football Txiki Begiristain told mancity.com.

"We’re all excited about seeing him develop in La Liga, and send our best wishes to him for the coming season." 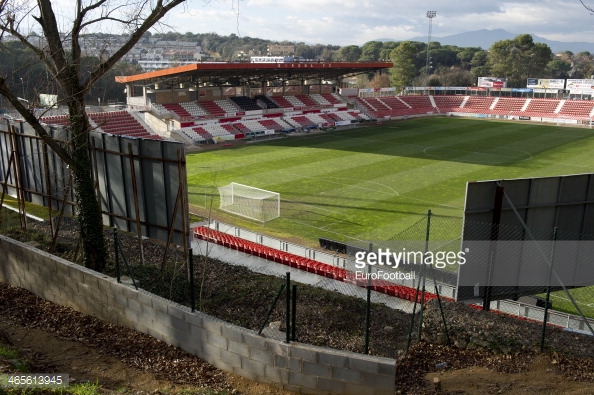 Great opportunity to work with the squad

The youngsters will get the opportunity to show Guardiola just what they can do quite quickly, as the Citizens announced they will be taking on Girona in a friendly on August 15 as part of a four-day training camp in Catalonia.

Guardiola's side will travel to Spain just after their opening day Premier League clash with Brighton & Hove Albion, giving Guardiola the opportunity to work with his full squad.

"This trip is a great opportunity for Pep to work with his full squad in an intensive training camp," Begiristain stated.

"We have had some players away on international duty this summer, which means Pep hasn’t had the chance to work for long with the whole squad."

“The game itself promises to be a fantastic spectacle," he added. "As Girona finalise their own preparations for their debut campaign in La Liga.”

The Warmdown: City come from behind to beat Porto in Group C 5 days ago

Where and when are Manchester City's players on international duty&nbsp; 20 days ago