West Ham have made notable improvements to their squad this summer, catching the headlines with both big names and big money transfers. However, what has been much less publicised is the size of their outgoings.

With 14 players having been sold, retired, released or sent on loan, the Iron’s squad is looking depleted and with only four signings, although key signings, it begs the question as to what effect this will have when injuries or bans enter the fray.

A summer clear out by Slaven Bilic has created money and room for players to come in, however the signings have only boosted the starting 11.

When the deficit is 10 players, and three of those are young and exciting talents, it does allow for a bit of disappointment from the fans who want to mix big signings with fresh talent.

The deals of Darren Randelph to Middlesbrough for £5 Million, and the disappointing Havard Nordtveit to Hoffenheim for £8 Million can be seen as good pieces of business, both players generating money whilst not adding anything to the existing squad. However, the exits of Reece Oxford and Josh Cullen both on loan is somewhat worrying for The Irons. 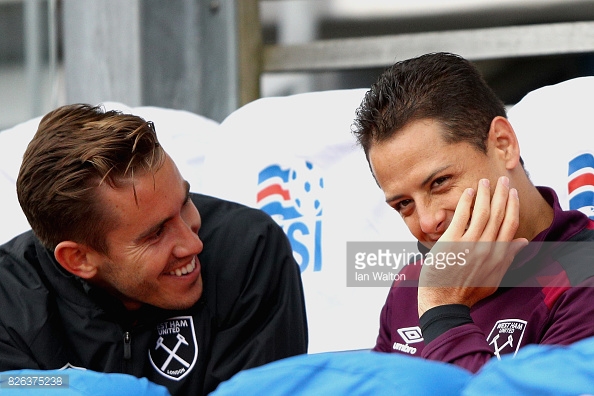 Bilic refuses to allow for young players to rise through the ranks and when Oxford has been scoring in preseason for Borussia Monchengladbach it seems baffling that he was allowed to leave.

Also, with Cullen, on loan to Bolton and Ashley Fletcher who was sold to Middlesbrough, though maybe not Premier League quality yet, would it not have been more beneficial for them to stay with the squad and play in the League Cup, a competition where squad depth is crucial, instead of playing in the lower leagues where they may never get the experience needed to play at the highest level?

Whilst the loans shall permit the youthful players to return, the sale of Fletcher is irredeemable. Perhaps the greatest annoyance however, is that of Robert Snodgrass. Brought in expensively in January, he has failed to impress during his first six-month spell at West Ham and fans were expecting to see him leave, however at this moment in time he still takes up a place in the squad. Whilst his presence is another sign of a poor transfer market previously, this summer has not been quite so bleak.

The 2016-17 season was somewhat disappointing for West Ham, finishing 11th in their new stadium. However, it was clear for all to see what needed changing: a reliable keeper, a true goal-scorer and a new right back. And The Irons have finally delivered.

With the acquisitions of Joe Hart, Pablo Zabaleta, Javier Hernandez and Marko Arnautovic West Ham fans must be excited and expectant of better things to come this year. Hart is a huge improvement on Randelph and Adrian and must give some confidence to their defense who, at the latter end of the season, were left unsure on their keeper’s ability. 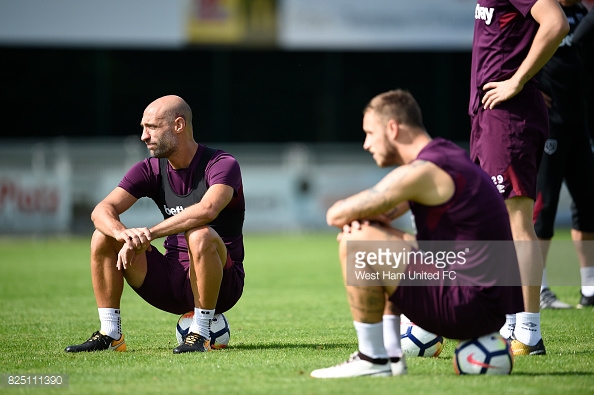 Moving forward, Zabaleta is an obvious replacement for Sam Byram not just in terms of footballing ability but also what he adds to the dressing room. Javier Hernandez is perhaps one of the best signings this summer. With a proven goal scoring record in multiple leagues Hernandez offers the Hammers a real threat up front, whilst providing a different mode of attack too.

The only question mark over West Ham’s purchases is in regards to Arnautovic. A very tricky player for Stoke City but certainly an enigma, The Irons have paid over the odds at £25 million for the player. Whilst the player has a lot of talent it will be interesting to see where he fits into Billic’s plans as it isn’t clear at this moment in time what role he will have to play. An unusual yet equally exciting transfer.

It appears this year’s transfer period has been a successful one for West Ham. Whilst future transfer rumours are quiet and with four big players coming in, Bilic’s shopping may be done for another six months, and if this is the case Iron’s fans must be content.

The purchases have enhanced the team and suggest a different style of play to the often one dimensional approach of the team last year. Whilst the additions are all relatively old for footballers, and the departures are mostly young, West Ham still have a lot to smile about, as the next 12 months may be the push for European football that the club desires so greatly.

Leicester City vs West Ham United preview: How to watch, kick-off time, team news, predicted lineups and ones to watch&nbsp; 22 days ago