A substantially positive pre-season schedule, from Jürgen Klopp's perspective, leads Liverpool into the 201718 campaign on fine form, their only defeat coming to a penalty shoot-out loss against Atlético Madrid last week.

One player who is likely to be a long-term figure in the Anfield ranks is prosperous winger Ryan Kent, whom has proven the doubters wrong and may not be subsequently loaned out due to his imposing performances over the last month.

There is absolutely no denying that Klopp's attacking quartet of Philippe Coutinho, Mohamed Salah, Sadio Mané and Roberto Firmino are possibly the most breath-taking attack in the top-flight and you don't have to look far for an attacking threat in the front line. 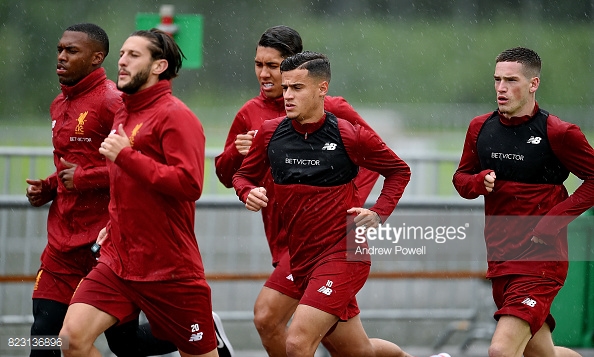 ​Does Ryan Kent's previous loan spell help his cause?

Unquestionably, Kent, at 20 years old, is a very promising youth player for Liverpool and the club's pre-season schedule has seen him accumulate a convincing number of minutes and the opportunity to showcase his talents in front of the boss.

Having enjoyed a relatively successful loan spell at Championship outfit Barnsley, where he made such an impact he was voted the club's Young Player of the Season, Kent has earned impressive credentials on Merseyside now.

However, the inexcusable question that needs to be answered is; will he benefit being on the bench for a whole year as understudy for Mané and Salah?

​Can he continue to develop as a back-up option?

Klopp certainly knows how to handle players attempting to make their stamp on the first-team and this is a make or break situation for Kent if he does pursue a career in the club's famous red shirt.

On one hand, looming around the senior squad for Kent may allow him to fully prosper and become a regular starter in years to come.

Although, the coin flip to that is if the impressive Salah and Mané ignite a Liverpool title challenge and do not suffer too many injuries or suspensions, then the youngster's progress is abruptly being halted by his lack of minutes on the field.

In terms of quality, the winger is certainly up to the challenge of being back-up for Klopp's wide duo this season, he's shown that during pre-season and is going to be full of confidence.

It is without a doubt going to be a very exciting campaign for this Liverpool team, especially if they can overcome a difficult two-legged tie with German side Hoffenheim in Champions League qualifying round - a competition Kent can have a contribution in if Klopp pursues his trust in the thriving attacking threat.

Having had several loans away from the Reds, perhaps this season is the one in which Kent deserves the chance he can be a permanent member of the senior squad.

The Warm Down: Academy trio shine as Reds win Group D 2 days ago

Liverpool vs Ajax preview: How to watch, kick-off time, predicted line-ups and ones to watch&nbsp; 2 days ago

&#39;We move on and keep going&#39;, Jordan Henderson urges Reds to harness frustrations after Brighton draw 3 days ago

The Warm Down: Defiant Atalanta deserving victors at Anfield 8 days ago

How Liverpool ground their way to glory 15 days ago

How do Liverpool live without Van Dijk and Gomez? Assessing Klopp's centre-back options 21 days ago