Paul Clement and his Swansea City team travel to the Hampshire coast in their opening fixture of the new Premier League campaign, being visitors to Mauricio Pellegrino's quietly confident Southampton.

The Saints, who finished in a bitterly disappointing 8th position but fifteen points behind Everton in seventh last season, will be eager to improve on that frustrating end and they'll be demanding to surge that ambition when the Swans visit St. Mary's on Saturday.

This will also stamp a landmark for the Southampton boss as he bows to his Premier League debut after being appointed manager earlier in the summer.

Meanwhile, the climax of the top-flight campaign in May would have been a shy of relief for Clement who constructed a magnificent escape of the drop since arriving in early January.

Notable absentees for both sides

​The major news in the build-up to this encounter came from the Swansea City camp, who have confirmed heavily-reported Everton target Gylfi Sigurdsson will not feature in the match with Southampton and that the Welsh outfit expect their prized possession to depart before the window shuts. 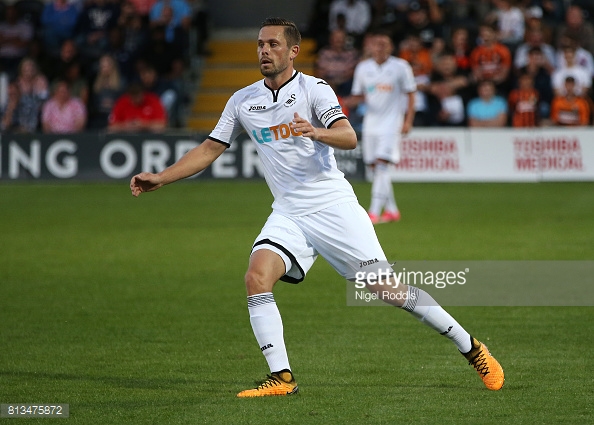 With last term's 15-goal top goal scorer, Fernando Llorente, out with a freak broken arm injury he sustained in the off-season, it may present the opportunity for summer signing Tammy Abraham to feature for the trip to Southampton - penning a season-long loan deal from Chelsea.

As well as that, £11 million arrival Roque Mesa may be given the go-ahead by Paul Clement to start with Jack Cork having exited the club last month to join fellow league side Burnley.

As for the proud hosts, they'll be devastatingly gutted that defender Virgil van Dijk has officially handed in a transfer request following speculation of clubs circulating for the Dutchman's signature.

This could prompt the Saints' first transfer addition of the window, Polish under-21 centre-half Jan Bednarek, to be giving the nod to start alongside the likely partner of Jack Stephens.

Pellegrino's only other acquisition was announced earlier this week in the shape of Mario Lemina from Juventus, thought to break the club's previous record transfer fee paid, but it may be too soon for the 23 year-old defensive midfielder to start on the opening day.

Are Swansea City the favourites?

Whilst pre-season can dictate very little on form going into the campaign, it is fair to say the weekend's visitors are going into the fixture on the back of a more efficient build-up.

Clement has led his robust Swans squad to three wins out of six and Abraham ended as top scorer after netting three goals. Whereas for Southampton, their form is differing but could be high in confidence having ended the pre-season friendlies with a pleasing 2-0 triumph over Spanish giants Sevilla.

Pellegrino will unquestionably be hoping to guide his Saints to an opening three points to kick-off an encouraging Premier League term, however, recent results in the first outing of the year won't fill fans with much optimism. 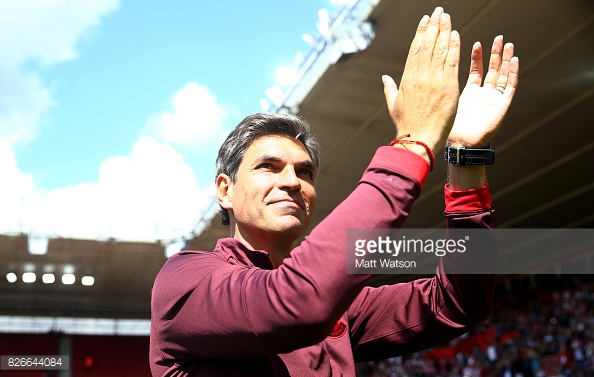 Since gaining promotion from the Championship five years ago, Southampton have abysmally accumulated a measly five points from a possible fifteen. Although, the argument to that is they've had to come up against the likes of Manchester United, City, and Liverpool.

In contrast, Swansea City racked up their top-division status a year earlier to their weekend opponents. The Swans having tallied a comfortable ten from six opening day matches.

Southampton and Swansea City last met in the Premier League in January during an entertaining encounter which saw Paul Clement's men come out 2-1 victors at the Liberty Stadium with Gylfi Sigurdsson and Alfie Mawson netting either side of a Shane Long goal for the Saints.

As for the previous meeting at Southampton's St. Marys' Stadium; that fixture came nearly eleven months ago in September as Charlie Austin hit the net for the only goal of the game.

Notably, then Saints boss Claude Puel avoided becoming the first manager of the Hampshire side to go without a win in their initial five Premier League outings. Swansea's most expensive ever signing, Borja, came on as a substitute to make his debut for the club.

Who is Saints new signing Ibrahima Diallo? 19 days ago

Farewell, the four players who left Southampton on deadline day and how they performed at Saints 19 days ago
Restore your password
Please enter your user name or email.
Login Member or Writer Panel
Enjoy your own Customized Newspaperwith VAVEL topics' carousels!