Rafael Benitez will be targeting his first win of the season when his Newcastle United side travels to Huddersfield Town on Sunday.

United lost their Premier League opener while the Terriers made an electric start with a statement-making 3-0 away win at Crystal Palace.

Benitez knows his players will have to ride the storm at times on Sunday with Newcastle playing visitors to Huddersfield's first top-flight home game since 1972.

The Magpies will likely welcome striker Joselu into their squad for the trip to the John Smith’s Stadium after he signed from Stoke City on Tuesday.

Jonjo Shelvey will begin to serve out his three-match ban following his sending off against Tottenham Hotspur. Mikel Merino is expected to take the former-Liverpool man’s place.

Benitez options in the defence are limited at the moment with Paul Dummett and Florian Lejeune both having spells on the sidelines due to injuries suffered in last weekend’s defeat.

A potential dangerman for the Magpies to watch

United were well in the game against Spurs before Shelvey was sent off for a stamp on Dele Alli.

From then on, the visitors took full advantage of the extra man as Alli and Ben Davies condemned the Magpies to an opening day defeat.

In contrast, Huddersfield announced themselves on the Premier League stage with an emphatic win at Selhurst Park.

And one player who starred in that win was club-record signing Steve Mounie. The Benin striker scored a brace on his competitive debut and looked a real handful – showing physicality and pace in both of his goals.

The two clubs met in the Championship last season. Huddersfield earned a shock 2-1 result at St James' Park in August 2016. But United soon gained their revenge at the John Smith’s Stadium.

Knowing that a win would give the Magpies a huge leap towards promotion, Matt Ritchie dispatched a penalty on 10 minutes.

United then doubled their advantage on 32 minutes as Daryl Murphy capitalised on a defensive error.

Aaron Mooy got one back for the Terriers in a tense second-half but the Magpies guaranteed the three points would be going back to Tyneside through Dwight Gayle in injury time.

The atmosphere on that day was electric, and no doubt Sunday’s clash will be that and a little bit more.

With many positives to take from the Spurs defeat, it is likely Benitez will start with the team that ended the game on Sunday.

United are scrapping for options in the defence meaning that Ciaran Clark will be drafted into left-back again leaving a Jamaal Lascelles and Chancel Mbemba partnership at the heart of the defence. Javier Manquillo impressed on his debut.

With Benitez missing Shelvey’s eye for a pass, Merino could come as a like for like replacement. Fans were pleasantly surprised by Merino’s range of passing when he came on for the final 15 minutes against Spurs. 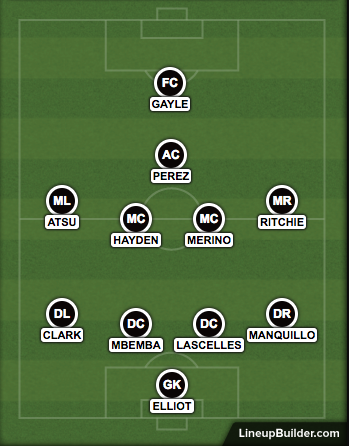 Warm Down: Late Murphy free-kick earns Magpies a point a day ago

Wolverhampton Wanderers vs Newcastle United: A look ahead to Super Sunday's clash 2 days ago

Ivan Toney: Sold too soon or never meant to be? 5 days ago

Warm down: Magpies sank in battle of United's 9 days ago