The two teams who meet on the Hampshire coast this weekend will be going into the encounter deflated from their opening fixtures, but for particularly different reasons.

On the other hand, West Ham United couldn't have asked for a more fearful game to open their 2017/18 Premier League account as they were on the wrong end of a 4-0 score line against title favourites Manchester United.

Mauricio Pellegrino and Slaven Bilić are going to be eager to reinstall faith back into their teams with a convincing result at the weekend.

Players on the return

Teams will be thankful that their influential players are fit for the clash on Saturday; the Saints' pacey left-back Ryan Bertrand has recovered from a minor knock he sustained in the opener with Swansea City, which resulted in him being substituted for prosperous youngster Sam McQueen. 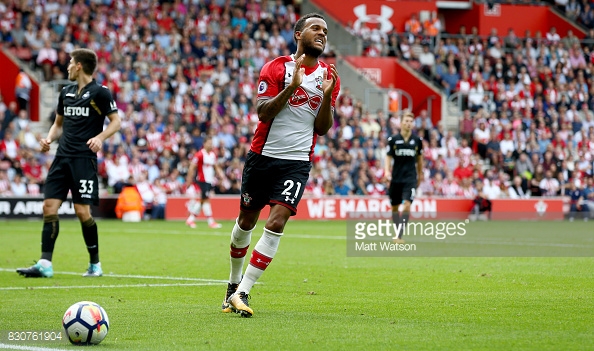 As for the visitors, Bilić could introduce attacker Michail Antonio to the side for the trip to the south coast having sat out for the match at Old Trafford last Sunday as a precaution.

Star summer acquisition Javier 'Chicarito' Hernández is thought to once again lead the line for the visiting team on Saturday.

Is there a favourite prior to kick-off?

Southampton and West Ham will dramatically urge their players to put the opening campaign fixtures behind them as both sets of squads aim to accumulate all three points from the match-up.

The hosts can at least boast that they created several opportunities in front of goal last Saturday, Pellegrino failed to see any of his finished effectively find the net. That may breed confidence to some extent if the players realise their potential.

Slaven Bilić could not possibly have taken a slight positive comment from their appalling display against Manchester United, although the argument is, of course, that José Mourinho's men are firm title contenders.

In terms of form from pre-season, which may carry momentum, the Saints have racked up two wins from their previous five outings in all competitions; compared to the Hammers' measly one triumph from the same number of games.

Southampton not only looking for romance in Theo Walcott&nbsp; 3 days ago

Are you willing to pay £14.95 to watch pay per view Premier League games? 5 days ago

Who is Saints new signing Ibrahima Diallo? 11 days ago

Farewell, the four players who left Southampton on deadline day and how they performed at Saints 11 days ago