Regularly known as the East Lancashire Derby, the encounter between Blackburn Rovers and Burnley is one of the oldest club rivalries in the country as both teams meet for the first time in eighteen months.

Now two divisions separate the two sides as Tony Mowbray couldn't help Blackburn avoid relegation to League One, which was confirmed on the final day of last term, and the Clarets were promoted to the Premier League at the end of the 2015/16 campaign.

To get to this stage, the hosts had to overcome fourth-tier outfit Coventry City on the road, which they did comfortably, but Burnley being in the top-flight it means this is the round of the League Cup they are introduced.

Blackburn have a number of first-team players absent with injuries; including star summer signing Bradley Dack who picked up a knock during the weekend win over Bradford City.

He joins the likes of Scott Wharton, Ryan Nyambe and Darragh Lenihan on the treatment table.

As for Burnley, boss Sean Dyche is heavily likely to make several changes to give minutes to those who didn't feature in the defeat to West Bromwich Albion on Saturday.

So left-back Charlie Taylor may be given the nod to start the outing, and £15 million arrival Chris Wood, whose joined from Leeds United, may very well make his debut for Clarets in the short journey to Ewood Park. 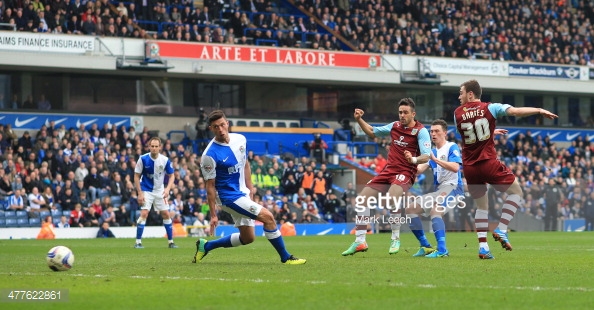 History of this fixture

In terms of passion and commitment, whenever Blackburn and Burnley meet it is always an eagerly exciting fixture with it easily one of the most thrilling in the country.

Since Wednesday's hosts won 7-1 in the first-ever encounter between these two ambitious clubs back in 1888, they've met on 101 competitive occasions and the head-to-head record is surprisingly equal.

Although in the last three match-ups it has been Burnley who are on top with successive victories; Andre Gray netted the only goal in their most recent match to help the Clarets earn promotion to the Premier League.

Form will go completely out the window for this edition of the  East Lancashire Derby and make no mistake that despite this being the League Cup, both teams will take this as serious as any other game with pride and bragging rights at stake.

Burnley FC: How they played internationally&nbsp; 6 days ago

Disappointing window for the Clarets 13 days ago

Harry Wilson pressures stem from past mistakes 19 days ago

Burnley 0-3 Manchester City: Visitors progress to fifth round 21 days ago