Wayne Rooney has announced his retirement from international football, as the England captain calls time on his career for the Three Lions after 14 years.

Following his return to Everton this summer, the 31-year old has enjoyed a resurgence of form with his boyhood club, with some suggesting he could make a return to the England set-up ahead of qualifiers with Malta and Slovakia next month.

Following talks with England boss Gareth Southgate however, Rooney has elected to bring the curtain down on his time for his country, leaving as the Three Lions all-time leading goalscorer.

In a career that began in 2003, Rooney made his debut at Upton Park on 12 February of that year. At 17 years and 111 days old, the forward came on at half time in a friendly versus Australia, to become England's youngest player to be capped.

Just seven months later, he became the youngest ever to score for his national side in a Euro 2004 qualifier versus Macedonia in Skopje.

At the European Championships the following summer, Rooney was named in the team of the tournament, netting four times before suffering injury in the quarter-finals with Portugal, as England went out on penalties.

In November 2014, Rooney won his 100th England cap against Slovenia in a Euro 2016 qualifying match. The following June in the reverse fixture, Rooney scored the winner with four minutes remaining for a 3–2 victory, his 48th international goal putting him joint second in England's list alongside Gary Lineker and one behind Bobby Charlton.

Following Steve Gerrard's own retirement after the 2014 World Cup, Rooney was named skipper by then boss Roy Hodgson. In his final years for his country, the records then began to tumble.

On his 106th England appearance, Rooney equalled Charlton's record of 49 goals (also in 106 matches) on 5 September 2015 by scoring a penalty against San Marino.

In his next game - his 107th appearance for England - Rooney equalled Ashley Cole as his country's fifth-highest capped player, also netting his 300th professional goal.

Rooney leaves the Three Lions having scored 53 times in 119 appearances, as not only England's leading goalscorer, but also as second on the list of most capped players. Only Peter Shilton has played more times, with 125.

In an emotional statement on Wednesday, Rooney explained his decision stating, "Playing for England has always been special to me. Every time I was selected as a player or captain was a real privilege and I thank everyone who helped me."

He finished, "but I believe now is that time to bow out. I look forward to being there as a fan [now] or in any capacity." 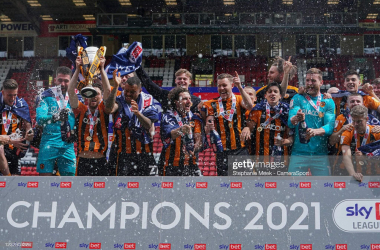 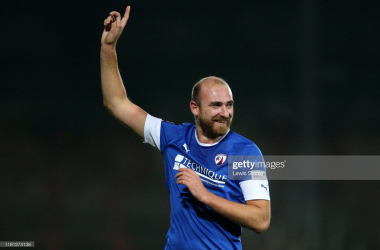 Manchester United vs Leicester City: Things to look out for 7 hours ago 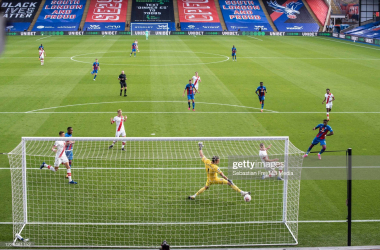 Southampton vs Crystal Palace preview: How to watch, kick-off time, team news, predicted lineups and ones to watch 9 hours ago

Five realistic signings for Spurs this summer a day ago

Fulham 0-2 Burnley: Cottagers relegated with a whimper a day ago

Manchester United vs Leicester City: Predicted Line-ups a day ago 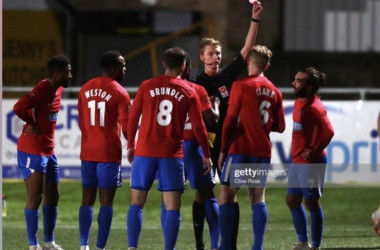 Stockport County vs Dagenham & Redbridge preview: How to watch, kick-off time, predicted lineups, team news, form guide and ones to watch 4 hours ago
//