Another year of the elite European club competition is upon us, and Liverpool ensured their return to the Champions League via an impressive display over two legs against Bundesliga outfit TSG 1899 Hoffenheim.

This will be the club's first campaign in the competition since the 2014/15 season, when they fell out at the first hurdle of the group stages.

They have since spent two successive years in the less extravagant tournament known as the Europa League, including reaching the final in 2016.

However, now that Jürgen Klopp's men are back in Europe, it's about time we assessed who exactly are the opposition whom Liverpool will be facing home and away over the next couple of months in the hope they progress to the knockout matches.

The Slovenian giants are making just their third appearance in the Champions League after finishing top of the pile in their domestic division last term, the club's only previous spells in this tournament were in 1999 and most recently 2014. 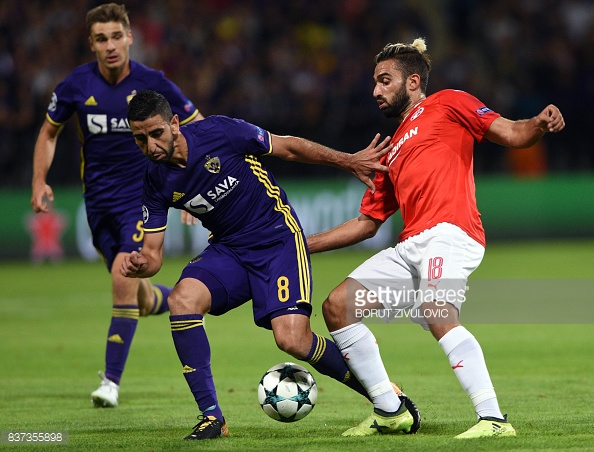 Somewhat of a minnow in the continent, Vijoličasti (The Purples), but that doesn't stop them from dominating football in Slovenia.

Since Yugoslavia split into separate countries over twenty years ago, Maribor are the most fearful side inside their borders with an astounding fourteen league titles to boast about since their initial success in 1997.

They have also finished the season as runners-up on five other occasions, as well as accumulate the Slovenian Cup a magnificent nine times. NK Maribor joined the cabinet of treble-winners during the 2012/13 campaign when they were able to rack up the division, cup and Supercup.

A former Slovenia international with 42 caps, the club are managed by Head Coach Darko Milanič and has been there since his re-appointment in March 2016. Some fans may remember the ex-defender for his brief time as manager of Leeds United in 2014 - although he only lasted 32 days in the job after failure to win any of the six games he took charge in.

When Liverpool travel to Stadion Ljudski vrt in mid-October, it will be the first encounter between the Reds and NK Maribor, but for sure there will be plenty of history created on the night.

Another absolute dominant team of their country, Spartak Moscow have dominated football in Russia since the Premier League's formation in 1992 after the collapse of the Soviet Union. 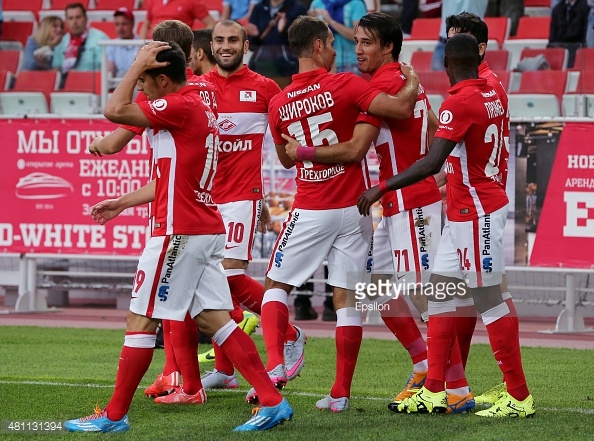 In the first nine years of the division's history, the Red and Whites totalled eight titles; only missing out on it in 1995 when the club finished a dismal third, for their standards.

Although, Spartak could be described as the sleeping giant who has finally awoken having gone sixteen years without winning the domestic division but are back in full swing after qualifying for the Champions League for the first time in four years following their crown at the end of last season.

They are abruptly known for their attacking style of play, guided by Italian Massimo Carrera, whose in the first manager job of his career after being assistant at the likes of Juventus and the Italy national team.

Jürgen Klopp will want to be wary of Spartak Moscow's quick pace up front when they meet each other next month in the Russian capital.

The Merseyside club have only met this team on four occasions and this will be the first encounter in 15 years, last meeting in a 2002 Champions League tie - Liverpool boast two wins, the same number their opposition have.

Sevilla are potentially the most dangerous team alongside Liverpool in Group E, and the Spaniards have a strong history following their only match-up, which was in recent memory. 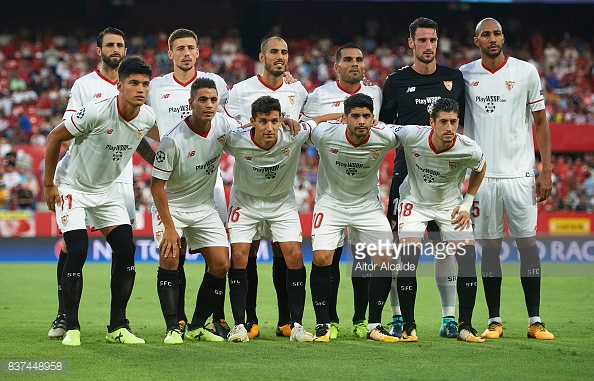 Klopp was vying for his players to earn their right to play in this competition last term when the two outfits met in the Europa League final in 2016, of course, both battling it out for a spot in this tournament.

Daniel Sturridge netted the opener, however, three second-half goals from the opponents meant the Reds had to settle for the continent's second-tier of football for a second consecutive campaign.

Previous manager Jorge Sampaoli led Sevilla to a fourth-placed finish in Spain's La Liga before taking up the opportunity to take charge of the Argentina national team. They are now under the guidance of former 47 year-old Eduardo Berizzo.

As a result of where they ended last season, the club would have to endure the same fate as Liverpool and qualify for the Champions League via a play-off - they overcame Turkish side İstanbul Başakşehir in a thrilling meeting over two legs, winning by a marginal 4-3 score line.

The Seville-based team are like many other clubs from their country and ploy with a 'tiki-taka' play style and that could be Liverpool's biggest problem during the home and away games, first of which is played at Anfield in the opening match for the two clubs next month.

Berizzo has names such as Nolito, Jesús Navas and Steven N'Zonzi at his disposal; all are names familiar to Merseyside having enjoyed spells in the Premier League.

The Warm Down: Reds back to winning ways in the Premier League 2 days ago

Ajax 0-1 Liverpool: Reds open account with a clean sheet and a win in Amsterdam 6 days ago

The Warm Down: Derby day drama as VAR steals headlines again&nbsp; 10 days ago