As we head into the final week of top-flight fixtures before the September international break, one game which will raise a few eyebrows is an in-form Huddersfield Town who come up against Mauricio Pellegrino's Southampton.

The Terriers currently sit second in the table with six points, whereas their opponents endured a dominant draw on the opening day so their tally is four; lying seventh in the list.

The hosts have won their initial two games in the club's first ever campaign in the Premier League and will be eager to continue this impressive form - enjoying comfortable victories over Crystal Palace and Newcastle United - and are yet to concede a goal.

Meanwhile, Saturday's visitors to Yorkshire are fully hoping they can follow through on last weekend's home triumph over West Ham United, despite suffering a minor cutback in their midweek League Cup outing, where they lost to Championship side Wolverhampton Wanderers.

Whilst this is a pivotal match for both managers in terms of confidence and accumulating those points, it will be the final opportunity they get to assess their squad with deadline day only just next Thursday. 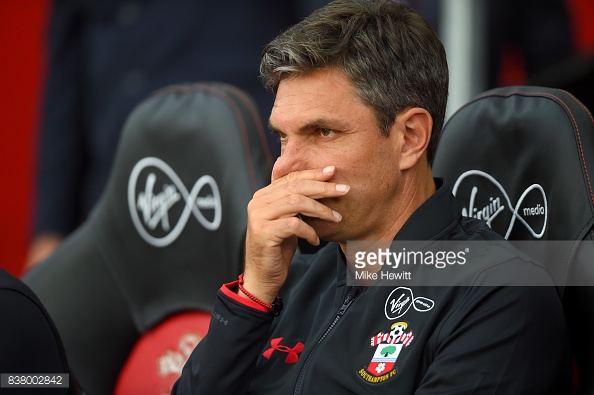 Several names set to miss out on meeting

Team news prior to kick-off is far more damaging to Huddersfield Town than Southampton as David Wagner has a number of faces out of action for the weekend's game.

Striker Nahki Wells is alongside Jonathan Hogg in the treatment room with ankle injuries, as well as 30 year-old right-back Martin Craine - unavailable due to a hip problem - and centre-half Jon Gorenc Stanković remains on the sidelines until Christmas at the earliest.

As for the Saints, Pellegrino has very little to worry about going into this encounter as there are no fresh injury concerns.

Their newest recruit, defender Wesley Hoedt, who signed from Serie A outfit Lazio, may make an appearance in the matchday squad but the manager has stated he is yet to make a definitive decision on whether the Dutchman will or not.

Other than that, Southampton have a fully fit squad for the trip north to Huddersfield this weekend; meaning they could go unchanged from the team which beat the Hammers last Saturday.

Who are the marquee players to watch out for?

It is certainly safe to say that both teams have enjoyed ideal starts to the new season, especially Huddersfield who only just gained promotion to the top-flight for the first time since 1972.

David Wagner will be keen for summer addition Steve Mounié to continue his goal scoring tally after netting two on the opening weekend at Crystal Palace. 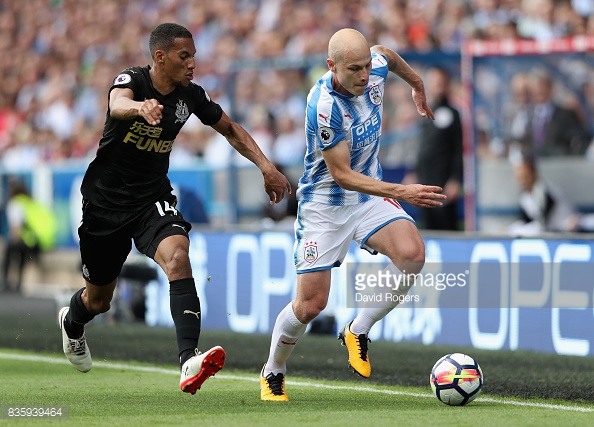 Also, midfielder Aaron Mooy will be expected to step up to the plate having put in a fine display at home to Newcastle United last week and netted himself a superb goal, which turned out to be the winner.

Southampton's attacking force may just frighten the Terriers with the pace that is on offer; specifically Manolo Gabbiadini who has stunned the Premier League since his January arrival, but Huddersfield will also need to be wary of Charlie Austin, if the attacker makes an impact from the bench.

This fixture has always been a match-up going under the radar as these two sides have never met in the top-flight of English football -in fact the last time they met on Huddersfield's turf, both were competing in League One.

The hosts were amongst the promotion hopefuls, whereas Southampton were lying in a unfortunate mid-table position.

The table didn't lie as goals from Anthony Pilkington and Joey Gudjonsson ensured the Terriers kept hold of the points, although the reverse tie was much more entertaining as the Saints ran 4-1 winners with a very young Alex Oxlade-Chamberlain among the scorers.

In total, Huddersfield and Southampton have met on 24 occasions. Both have eleven wins each with two encounters turning out as draws - so previous games tell very little about how this weekend's fixture will end up.