It’s fair to say both Reading and Middlesbrough had high expectations at the start of this season.

The Royals reached last season’s Championship play-off final after finishing on 85 points while Boro spent over £50 million on new players following their relegation from the Premier League.

Even so, after 13 games, both are dwindling in the bottom half of the table ahead of tomorrow’s clash at the Madejski Stadium.

Managers Jaap Stam and Garry Monk will see the game as an opportunity for their respective sides to kick-start their stuttering campaigns.

Here’s what you can expect from tomorrow’s match.

After a decent start, Monk’s Boro have gone five league games without a win and fans are becoming increasingly frustrated with their new manager.

Last weekend’s home defeat to Cardiff saw the Teessiders drop to 13th in the table, 12 points adrift of league leaders Wolves and five off a play-off spot, while Tuesday’s Carabao Cup defeat away at Bournemouth didn’t help Monk’s cause.

Monk’s men recorded just two shots on target against Cardiff on a miserable afternoon at the Riverside, despite starting with a strike force of Britt Assombalonga, Ashley Fletcher and Martin Braithwaite.

After scoring 68 times last campaign, Stam’s side have been shy in front of goal in their opening 12 league fixtures, registering just 11 times in 12 games.

Midfielder Liam Kelly is Reading’s top scorer with four, however the squad is still lacking a consistent goal scorer.

Reading captain Paul McShane and midfielder John Swift could return after recovering from hamstring injuries, but forward Jon Dadl Bodvarsson will miss the game with a calf issue

Yann Kermorgant remains sidelined as he continues to recover from a hip surgery.

Boro made 10 changes for the trip to Bournemouth in midweek, and the likes of Assombalonga, Braithwaite and Ben Gibson will be expected to return this weekend.

Even so, Monk still seems unsure about his stongest starting XI and a system to suit his sizeable squad.

Defender Ryan Shotton and winger Marvin Johnson could return after both were cup-tied for Tuesday’s game.

What the managers think

In his post-match press conference, Monk thankfully acknowledged Boro’s travelling fans but called for them to stay loyal despite a tough run of results.

"The support is incredible and it makes us more determined," said Monk. "I think Tuesday typified that. The fans that travelled down to Bournemouth were amazing and there are not many clubs that can say they would do that.

"The fans had an extremely tough time last season. We understand the expectations and the frustrations. I'm happy to take that direct that at me,” he added.

“We're aware of the need to do better after the run of results we've had. What's most important is that, in good moments or bad, they stay loyal and passionate."

Reading weren’t involved in the cup earlier this week and Stam insisted that preparations have gone well over the last seven days.

“We’ve been working on what we need to do, speaking about last week, then looking towards the Middlesbrough game,” said the Royals boss yesterday.

“Now we need to look forward to the Middlesbrough game and put them under pressure." 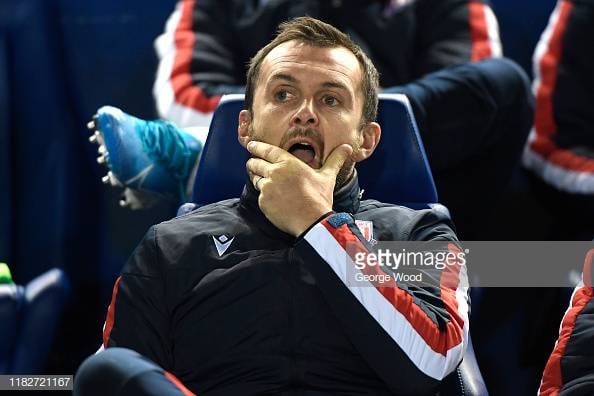