Fulham manager Slaviša Jokanović has stated his side paid an "expensive price" for their mistake, as a single goal from Josh Maja secured The Black Cats' first home win in 364 days.

Fulham headed into this clash still trying to live up to some of the expectations that were put upon them at the beginning of the campaign, but knowing of the record hanging over The Black Cats at The Stadium of Light they will have been hopeful of kick-starting some form going into the festive period.

The majority of their chances came in the first period with the likes of Stefan Johansen, Oliver Norwood, Tom Cairney and Johansen once again testing Robin Ruiter to no avail, and their failure to finish cost them in the second period as James Vaughan managed to hit the crossbar following Marcus Bettinelli's save before Maja tapped home in the 77th minute.

It is fair to say it might of been too easy for the debutant to find the back of the net late on as he was allowed to turn way too easily before firing into the far corner, and post-match Jokanović stated that they were punished and paid that "expensive price".

"We are disappointed," Jokanović told his post-match press conference."We made enough chances to go back with some points. We weren’t clinical enough in the Sunderland box, and it was poor defending when they scored the goal."

"We had enough players in our box but we gave their player so much space and time to finish the action and then we paid an expensive price for one big mistake," the coach proclaimed.“We wanted to score first and showed the clear intention, but in the end the situation where they scored the goal is simple."

"We didn’t play at a good level to avoid this goal," the Serbian added. "We came here to win the game and to push hard for the three points, and we pushed hard but didn’t show enough clarity.”

This isn't the first time we haven't found a solution

Many had Fulham down as one of the favourites to be challenging for promotion to the Premier League table considering their form last season and the talent in their squad, but their stuttering form has left them wallowing down in 12th.

One of the big issues for Fulham has been in front of goal having only managed 27 goals thus far one of the lowest totals in the campaign, it did seem that the recent 5-4 win at Sheffield Wednesday was a false dawn as they have only managed three goals in the subsequent four matches and Jokanović insisted that his must find a "solution" and fast.

"We don't score goals like we did in the past," the coach proclaimed. "It's a problem but we don't have a solution."

"When you make one mistake and are not clinical like today, this situation can happen," Jokanović concluded. "We must find a solution.”

Cardiff City vs QPR: How to watch, kick-off time, team news, predicted lineups and ones to watch14 hours ago

Manchester City vs Aston Villa Preview: How to watch, kick-off time, team news, predicted line-ups and ones to watch17 hours ago

Huddersfield Town vs Millwall preview: How to watch, kick-off time, predicted lineups and ones to watch18 hours ago

Norwich City vs Bristol City preview: How to watch, kick-off time, predicted lineups and ones to watch19 hours ago 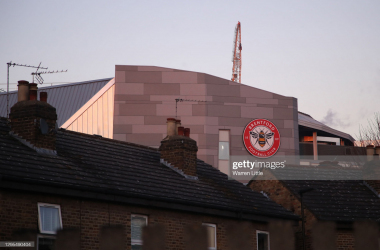 Brentford vs Luton Town preview: How to watch, kick-off time, team news, predicted lineups and ones to watcha day ago 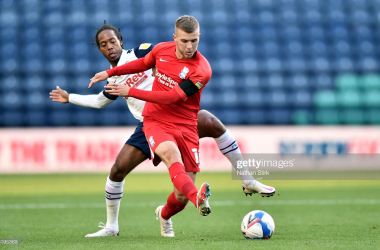 Birmingham City vs Preston North End preview: How to watch, kick-off time, team news, predicted lineups and ones to watcha day ago 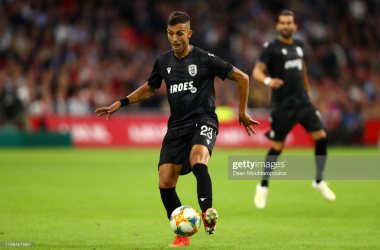 Derby County vs Bournemouth preview: How to watch, kick-off time, team news, predicted lineups and ones to watch2 days ago
Restore your password
Please enter your user name or email.
Login Member or Writer Panel
Enjoy your own Customized Newspaperwith VAVEL topics' carousels!