Unfortunately that's all we've got time for tonight, after a pulsating night of European football! We'll be back tomorrow for Real Madrid vs PSG and Porto vs Liverpool.

Manchester City were expected to win but certainly not in that manner, hitting Basel for four away from home. They'll be able to rest players at the Etihad with one foot and four toes in the quarter finals.

Starting with Tottenham, that's a fantastic comeback for them. Two away goals and a draw, Pochettino would have snapped your hand off for that at the start of the night. A nightmare start but they came from behind well and dominated for most of the game, getting a little lucky with Higuaín's missed penalty.

All over in each game! Juventus 2-2 Tottenham, Basel 0-4 Manchester City.

21:31. Fighting in Basel! Serey Die vs Gundogan with some argy bargy, both pick up a yellow.

21:29. That's a close one for Tottenham. Costa gets down the wing for Juventus and fires a low cross in, Vertonghen stabs the ball out for a corner but narrowly misses firing into his own goal.

21:27. All quiet in the Basel-City game, whilst Benatia heads over from a corner in Italy. Around five minutes left in each game.

21:17. Over in Switzerland, after some Basel pressure, Gundogan is prevented a hat-trick by Vaclik's brilliant save.

21:15. Spurs have come from two down, they're level! Superb comeback from the English side, Christian Eriksen's free-kick with the goal. Alli fouled on the edge of the area, Eriksen gives Buffon the eyes and sends the ball low down the goalkeeper's side and it flashes past him. 2-2!

21:05. Basel applying some pressure for Kompany to deal with, a good tackle from the Belgian.

21:00. Good save from Lloris for Spurs, Bernardeschi with a powerful shot across goal that's tipped wide by the 'keeper.

20:57. It's a brace for Gundogan, what a finish. Picking the ball up on the edge of the area, he jinks around his man before bending the ball into the top corner.

20:50. Aurier booked for Spurs, he wasn't for the penalty so he's still on the pitch. Misses the second leg though. Probably not all bad news given his performance so far.

20:38. Things have been much simpler over in Switzerland for Manchester City, who lead Basel 3-0. Goals from Aguero, Bernardo Silva and Gundogan have given City one foot in the last eight.

20:37. What drama in Turin. Juventus with a magnificent start, 2-0 up and they could have been further clear. Spurs get back into it with Kane's goal and then dominate, but only go in one-behind at the break due to Higuaín's missed penalty.

20:34. Another penalty for Juventus, this time missed! Poor from Aurier as he hauls Costa down in the area, Higuaín unable to complete his hat-trick as he blasts the ball against the bar!

#20:28. Spurs really in control now as Juventus seek half-time, Chiellini on hand to nod an Aurier cross out for a corner.

20:26. Effort! Spurs looking to give Juve a taste of their own medicine with a set-piece routine, Eriksen spinning after taking the ball from Dembele, Buffon saving well from his distance strike.

20:22. There it is, give him enough chances and he'll score! Dele Alli slots in Kane and he rounds Buffon to score into the empty net. A crucial away goal for Spurs!

20:16. Another chance! This time it's Juventus' turn to attack as they carve Spurs apart on the counter, Higuaín sitting Ben Davies down before blasting wide.

20:12. Chance! Over in Turin and Harry Kane has missed a golden chance to bring Spurs back into it. Eriksen's ball over the top of the defence was beautifully weighted, Kane had to nod past Buffon from inside the six yard box but gave the 'keeper enough room to make a stunning stop.

20:10. Simple but effective! The ball breaks for Aguero after Fernandinho is challenged, the Argentine keeping his goal-scoring run up by shifting the ball onto his right foot and blasting into the bottom corner from 25 yards out.

20:05. Manchester City easing through the gears but they've been gifted a goal there. Sterling's cross gets a slight deflection on it's way to Bernardo Silva, the winger's shot is quite weak but 'keeper Vaclik makes a mess of it and spills the ball into the net.

20:03. Harry Kane goes down under pressure from Benatia in the area but there's no penalty.

20:01. Better for Manchester City as they go ahead in their away tie, Gundogan nipping ahead of his man to comfortably head in De Bruyne's corner.

19:58. Drama in Switzerland now as Basel have a penalty shout turned down, Nicolas Otamendi lucky not to be in trouble for blocking Oberlin's run in the area.

19:54. Tottenham are shell-shocked, Juventus are two goals ahead. Ben Davies trips Bernardeschi in the area and picks up a booking, Higuaín tucks away the penalty low to the left.

19:50. Less drama early on in Switzerland, David Silva's had a header tipped over the bar for City.

19:48. What a start in Turin, with Juventus going ahead after just two minutes against Tottenham. It's a move right off the training ground as Pjanic clips a free-kick into the Higuaín's path from around 30 yards, the striker bursting to the ball before volleying past Hugo Lloris who could only get a hand to it. Nightmare start for Spurs.

Just five minutes now until kick-off in the two games!

As for the contest in Italy, I'd expect it to be much closer. Two teams known for their defensive solidity, backed up by hot-shot strikers in Higuaín and Kane. 1-1 for me.

Predictions for tonight then? I can't see Manchester City slipping up, although their defence looks a little more suspect than usual. Basel might fancy themselves to score but I don't think City will come away with anything but a win, 3-1 to Guardiola's side.

BIG STORY: ?Spurs drop Heung-Min Son in favour of Erik Lamela, whilst there's a change at right-back with Serge Aurier in for Kieran Trippier.

City, and Sergio Aguero in particular, come into the game in good form having dismantled Leicester City on Saturday, winning 5-1. Aguero was the star man, scoring four times to keep pace with the aforementioned Kane in the Premier League Golden Boot race.

However, Basel have proved to be tricky opposition against both Liverpool and Manchester United in recent years, they'll be hoping their form against English opposition can continue.

Over in Switzerland, Manchester City face a potentially easier task in their trip to play FC Basel. The runaway Premier League leaders are expected to have few problems against the Swiss side and will hope to take a lead back to Manchester after tonight.

At the other end of the pitch, Harry Kane is raring to go again after his winner against Arsenal. He'll have a tough task against a staunch Juventus defence that have conceded just once in their last 16 games, a staggering run that can be clearly picked out as the best defensive form in Europe.

The Lilywhites will be without Toby Alderweireld tonight as he was left at home to continue his recovery from injury, despite having declared himself ready for Saturday's North London Derby, which he also failed to feature in.

Spurs beat Borussia Dortmund twice and took four points from Real Madrid to top their group against all odds, and may feel unlucky to have got the short straw in drawing one of the best second placed sides, after Juventus came just behind Barcelona in their group, seeing off competition from Sporting Lisbon.

Tonight's headline game comes from Turin, at the Juventus Stadium. After out-performing all expectations in the group stage, Mauricio Pochettino leads Tottenham Hotspur into the last 16 for the first time in seven years, with a tricky tie expected against the Italian giants.

Good evening everyone and welcome to VAVEL UK's live text coverage of this evening's Champions League action, as Europe's most prestigious club competition returns with last 16 action. I'm Oliver Emmerson and I'll be bringing you tonight's coverage, with kick-off in tonight's two games set for 19:45.

The Warm Down: Gunners sink dire Magpies as pressure builds on Steve Bruce2 hours ago 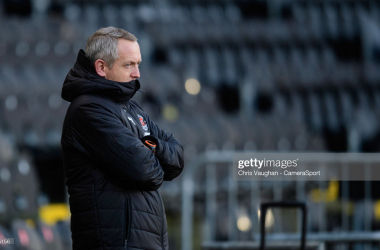 Blackpool vs Northampton Town: How to watch, kick-off time, team news, predicted lineups and ones to watch6 hours ago

Leicester City vs Chelsea preview: How to watch, kick-off time, team news, predicted lineups and ones to watch7 hours ago

West Ham United vs West Bromwich Albion preview: How to watch, kick-off time, team news, predicted lineups and ones to watch 6 hours ago

Derby County vs Bournemouth preview: How to watch, kick-off time, team news, predicted lineups and ones to watch10 hours ago

Phil Neville to step down as Lionesses head coach, with immediate effect13 hours ago

Liverpool-United game continued theme of this tight season4 hours ago 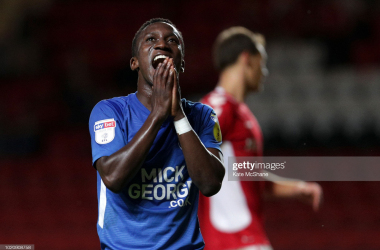