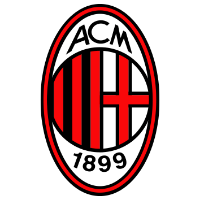 Arsenal progressed to the quarterfinals of the Europa League after a 3-1 win at home to Italian side AC Milan saw the Gunners win the two-legged tie 4-1 on aggregate.

Hakan Calhanoglu gave the visitors the lead after the Turkish’s 25-yard striker clipped off Calum Chambers, diverting the ball past the reach of David Opsina and putting Milan ahead. Arsenal responded well though, as Danny Welbeck was brought down in the area, and the striker rolled the ball past Gianluigi Donnarumma from the spot to level the game before halftime.

A feisty second half saw both sides eager to grab that vital second goal, and in the end it was Granit Xhaka who scored it as the Swiss’ powerful shot from distance was spilt by the Milan goalkeeper, allowing the ball to spin into the net.

A worrying start for the Gunners

AC Milan went close to getting the perfect start 45 seconds in when a bursting run from former Liverpool attacker Fabio Borini down the right win resulted in the Italian crossing the ball into Andre Silva, but the striker’s shot from a tight angle flew into the side netting to give Arsenal an early scare.

Arsenal’s fortunes got worse 11 minutes in when captain Laurent Koscielny was forced to come off after picking up a suspected back injury early in the match. The defender crumbled to the ground, and was taken off the pitch by the medical staff. Chambers came on in his place.

The Gunners’ first chance of the game came 25 minutes in, when a counterattack from the home side saw Mesut Ozil slip in Welbeck through on goal. Despite having Milan captain Leonardo Bonucci on his back, the English international as able to a shot on goal but his effort was denied by the imposing Donnarumma.

The game explodes into madness

Milan looked uninspiring the entire half, and every form of attacking they chose to take only resulted in the Arsenal defence easily ending any sort of threat from the Italian side, but then Calhanoglu striked.

The Turkish playmakers collected the ball from 30-yards out, and after some time on the ball the dead-ball specialist fired from distance, taking a small deflection along the way, and beat Ospina who’s diving effort was miles away from the ball to give Milan the lead.

The goal should had tilted the tide of the game in Milan’s favour, but instead the exact opposite happened as Arsenal responded instantly. Welbeck burst into the area and was brought down by Ricardo Rodriguez softly, awarding Arsenal a penalty from the referee.

After some time deciding on who should take the penalty, the task was giving to the man who won the penalty, Welbeck. The former Manchester United stepped up to the ball, and coolly rolled the ball past a flying Donnarumma to put Arsenal back in the game, and to restore their two goal cushion on aggregate.

Arsenal could have had another goal in the final chance of the half, when Aaron Ramsey found space outside the area in added time and fired a strike, but Donnarumma was there to palm the shot away.

A lively second half

The second half started to the same tempo the first half ended on, full-on attacking football. Arsenal were able to exploit the cracks in Milan’s defence going forward, but this stance meant that the Rossoneri were able to counter with a lot space in the Gunners half.

Milan academy player Patrick Cutrone came inches away from putting Milan back in the lead when his strike partner Silva floated in a perfect cross to the Italian youngster, and despite making great connection with the ball on the half-volley, his effort flew just wide of Ospina’s goal.

Xhaka and Welbz seals the tie

A third goal was always coming in this game, but the matter of which team and from whom was the main question that needed answering. Then 71 minutes in, that answer came when Xhaka fired Arsenal ahead.

The Swiss midfielder collected the ball in the midfield, and after the crowd shouted “shoooot” to the 24-yer-old, Xhaka did just that and fired a fizzler towards goal. Donnarumma made contact with the ball, but his save allowed the ball to spin away from his grasp, and into the back of the net, giving Arsenal the lead.

Welbeck added a third goal for the Gunners to the scoreboard three minutes from time, when an open Milan defence allowed Jack Wilshere to exploit the open space and drive down to the goal-line. The English midfielder sent in a cross to the head of Aaron Ramsey, but his header was denied brilliantly by Donnarumma. However, the ball fell straight to Welbeck in the air, who headed the ball into an empty net to send Arsenal to the quarterfinals of the Europa League.

Can Arsenal finally end their recent hoodoo against Crystal Palace?2 days ago

Mikel Arteta: The trusted ones3 days ago