Tynemouth Beach is not only populated by Newcastle United's wayward passes and shots but the players who created them it seems, as the Magpies put in another lacklustre performance as West Bromwich Albion kept their head above water for another week with a 1-0 win on Tyneside.

The opening minutes of the clash had little to show for it with Dwight Gayle going close before bursting into life in the final 20 minutes or so, Matt Phillips' opener lit the touch paper as Newcastle kicked into gear but the post and the excellence of Ben Foster denied Kenedy and Mohamed Diamé respectively.

The second-half's quality was, even more, lacking with half-chances from Jay Rodriguez and Chris Brunt being the main highlight, Joselu was handed a great opportunity towards the end but his glaring miss summed up United's afternoon.

Newcastle United returned back to St James' Park looking to regain some of their winning formula, with their unbeaten run coming to an end with the defeat to Everton on Monday night.

They faced a West Brom side knowing a win was their only option, but despite controlling the play the Magpies could only muster once a chance of recognition early on.

Gayle looked to repay Rafael Benítez's faith in him by making the difference, he received the firm pass from Jonjo Shelvey as his first effort was blocked.

The striker looked to have a second bit of the cherry but it rolled safely into the arms of Foster.

Darren Moore had resuscitated the Baggies slightly since taking over from Alan Pardew but knew anything but a win would relegate his side back down to the second-tier, but gave themselves some hope just before the half-hour mark as they took the lead.

It was the first real opportunity of the match from either side as Jake Livermore played a great ball over to Phillips on the right, it was a great first touch from the winger to get ahead of Paul Dummett and had all the time in the world to accurately fire his effort into the far corner.

Kicking them into gear

Despite falling behind it didn't seem to faze the home side as they continued to push at their Midland opponents, and had two great chances to get themselves back into the contest.

It was an example of liquid football in the 35th minute as Kenedy and Ayoze Pérez combined on the edge of the area.

The Spaniard played a great chipped ball into Kenedy who took it down on his chest, the Brazilian beat Foster with the outside of his boot but couldn't beat the woodwork as it went behind off the foot of the right-hand post.

It was another lick of paint that denied the home side just on the brink of the break but this time it was the goal-line, Shelvey's corner came to Diamé in the penalty area pile-up and had Foster well beaten but the goalkeeper did spectacularly to claw the ball from behind him to deny the midfielder.

Flickers here and there

Moore will have reiterated the importance of their lead to his players as they headed out for the second period, and they took advantage of Newcastle's wayward passing with two chances to give themselves some breathing room.

The first came seven minutes after the restart as James McClean's deep cross is flicked on by Phillips into Rodriguez, it seemed perfect for the forward but he fluffed his lines at the crucial moment as the chance went begging.

The home side's lacklustre attempts of passing forward presented them with the second as it came through to Brunt, the skipper had plenty of time to come forward and hit an effort from around 30 yards but it whizzed wide of Martin Dúbravka's near post.

Benítez looked to throw the kitchen sink at it as the seconds ticked down with Islam Slimani and Joselu coming on, with the former potentially playing his last game in black and white with footage showing him kicking out at Craig Dawson.

The latter of the subs almost snatched it at the end, DeAndre Yedlin played a great ball into the back post but couldn't direct his header goalwards. 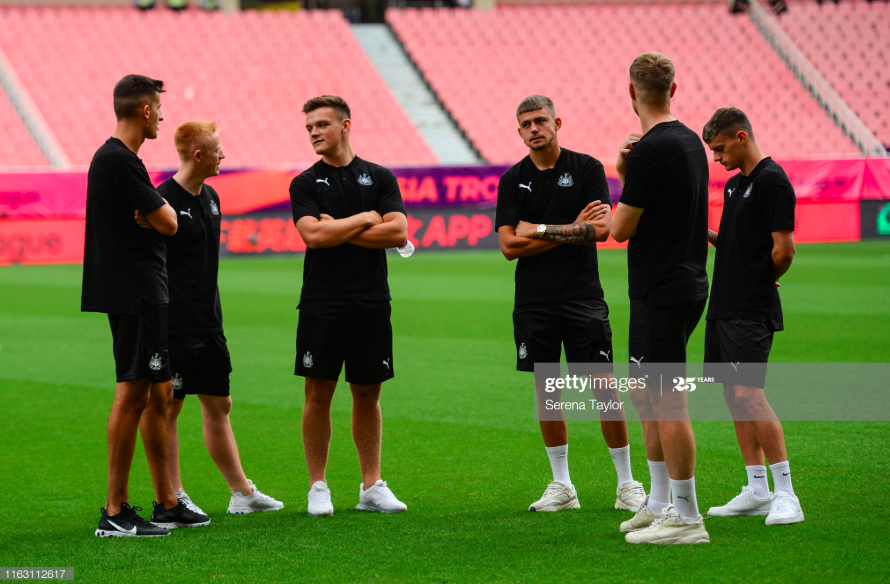 Which academy players could breakthrough next season?16 days ago 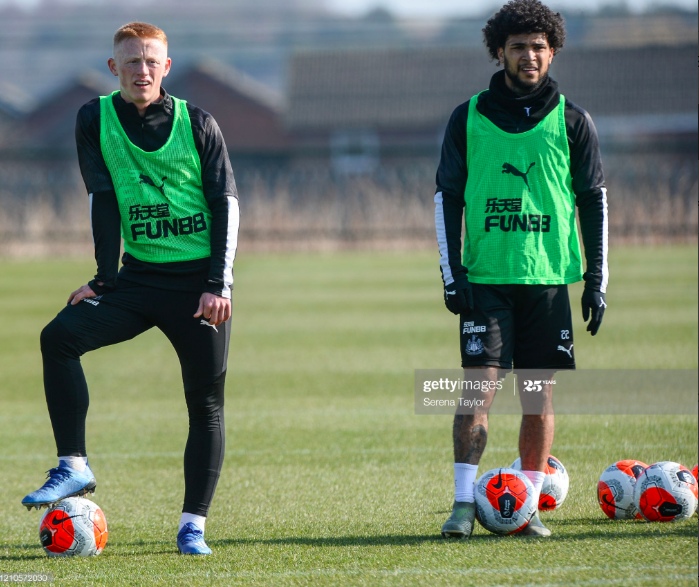 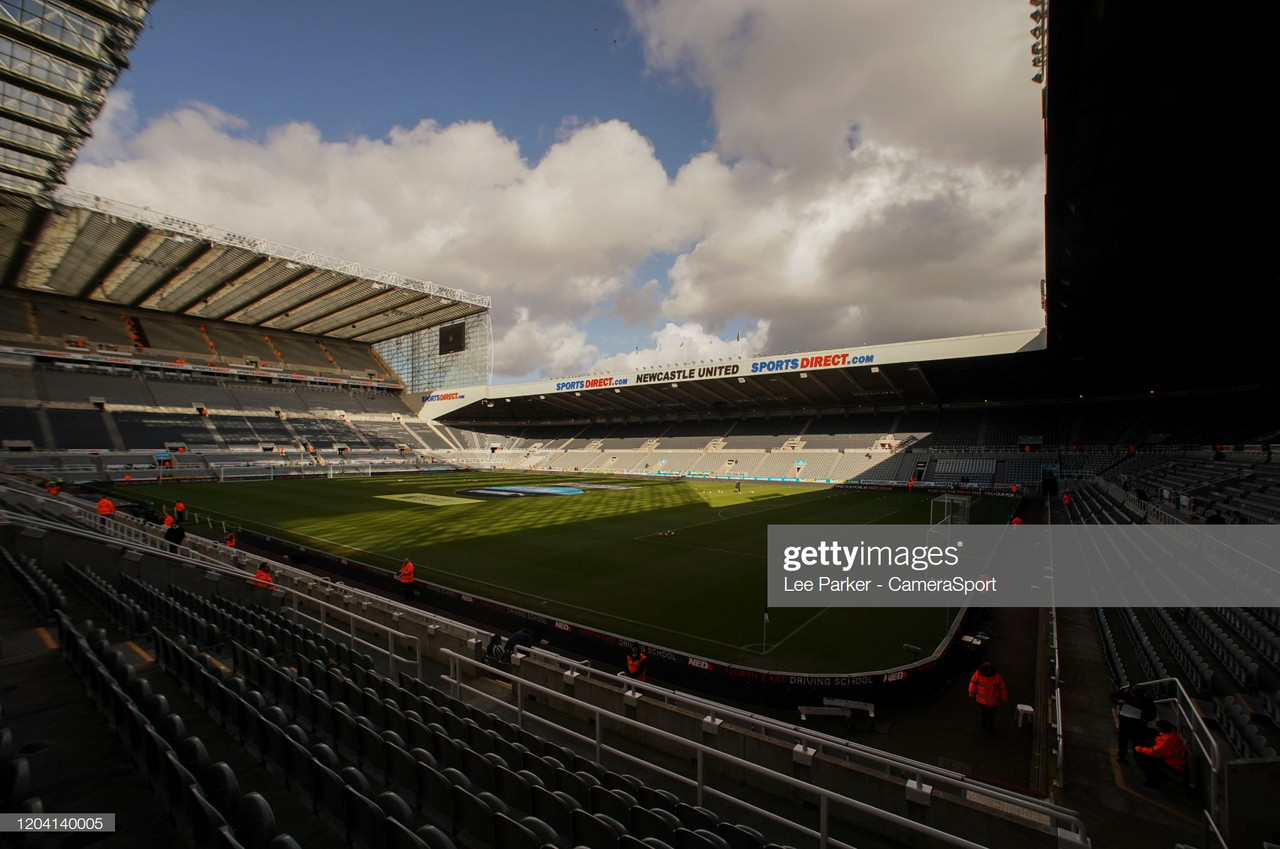 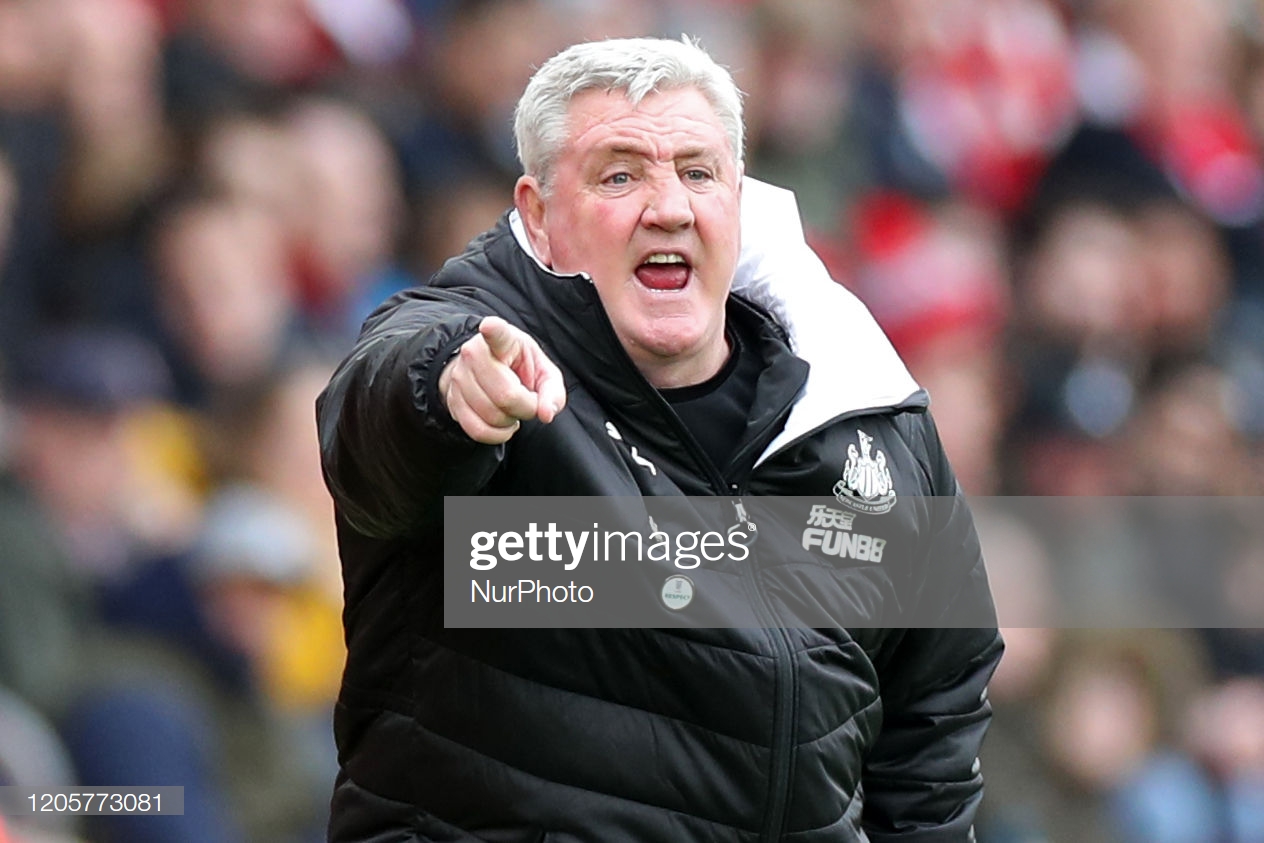 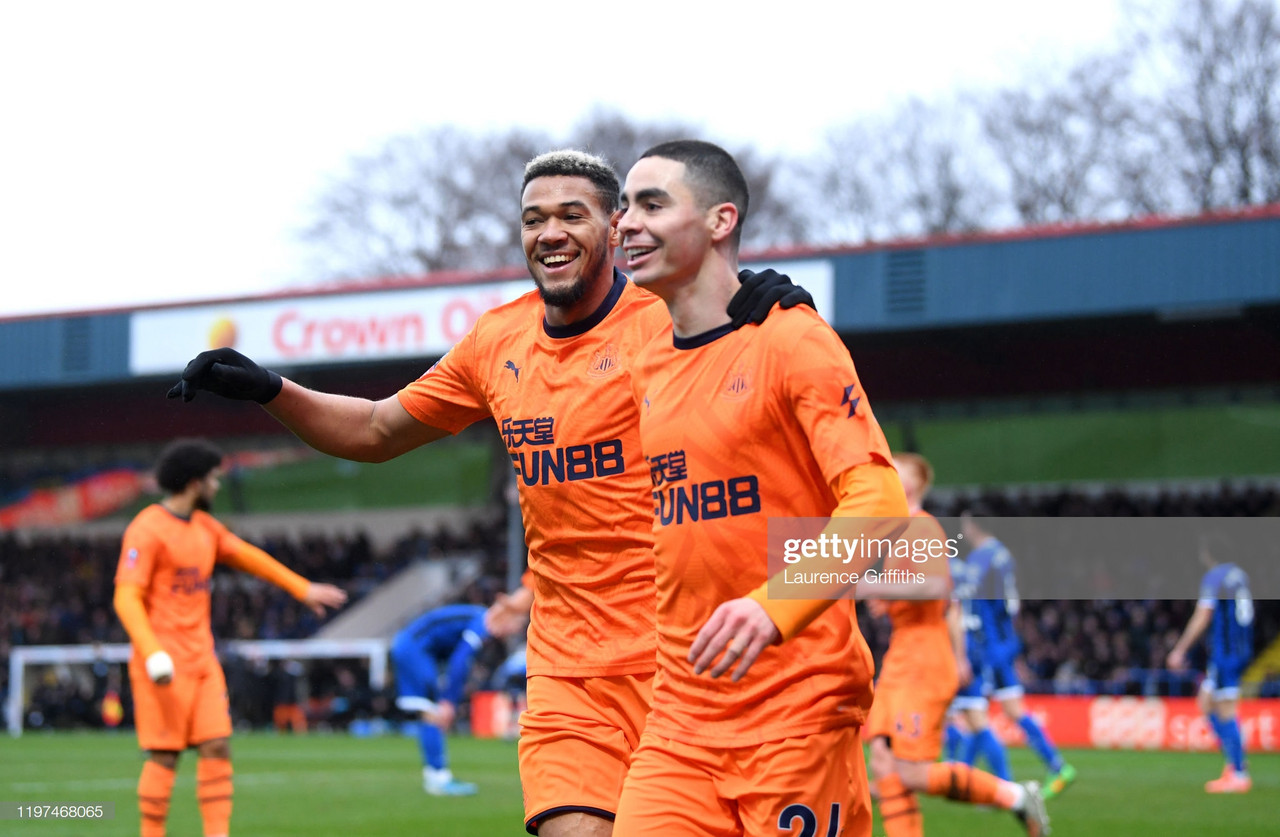 Southampton vs Newcastle United: Magpies can get more goals with new-look formation a month ago 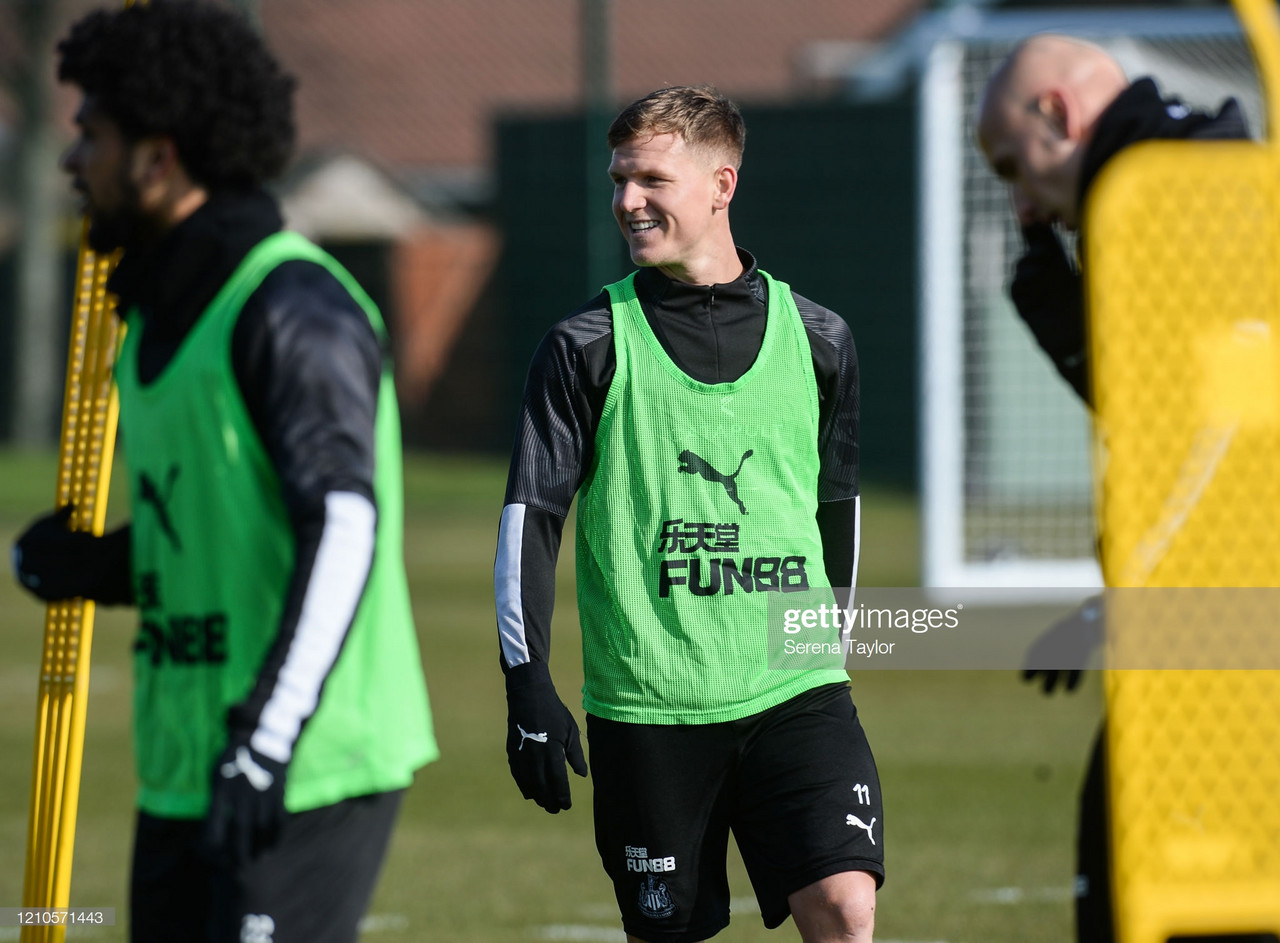 Ritchie and Shelvey sign extensions until 2023a month ago 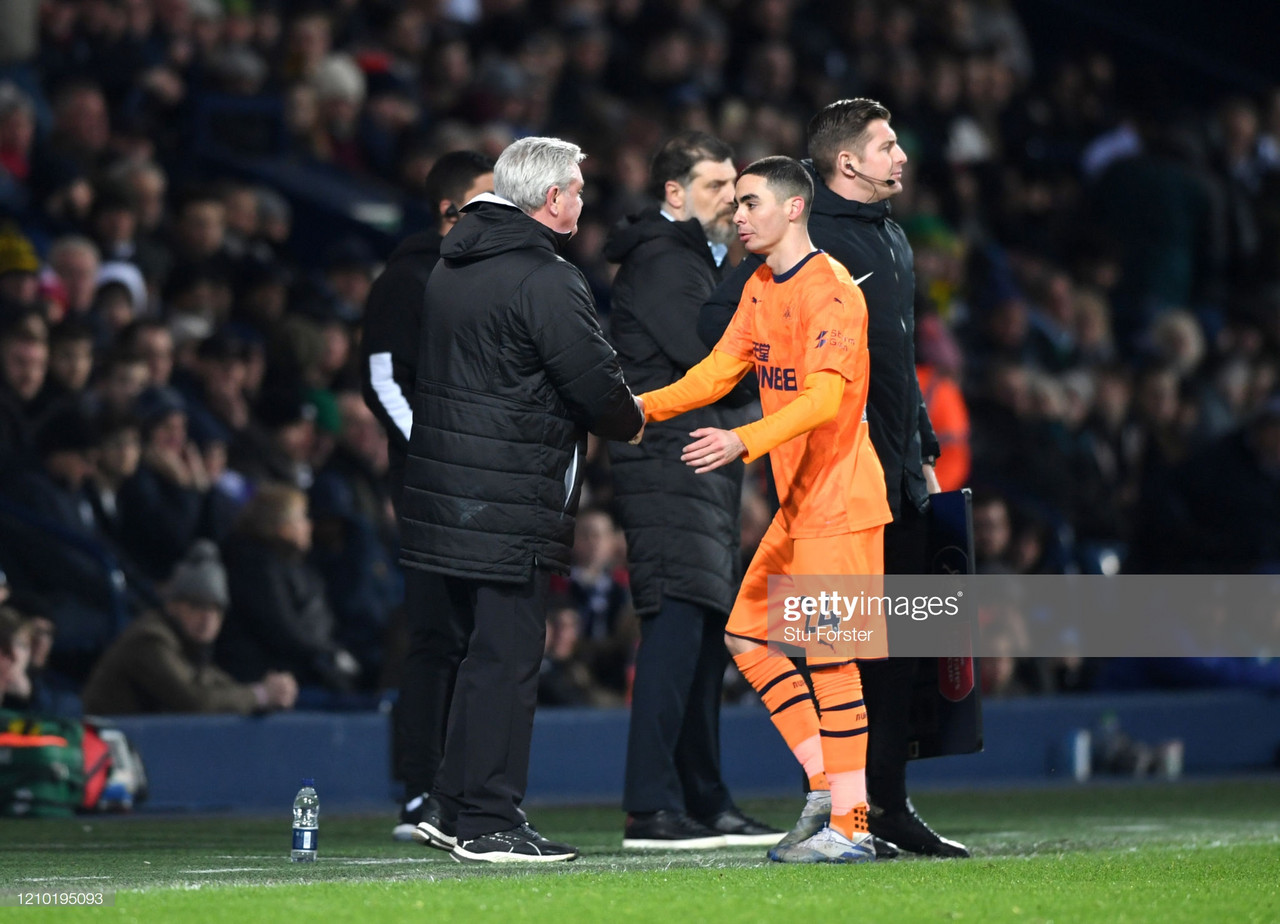 How an unlikely change may have saved Newcastle's seasona month ago 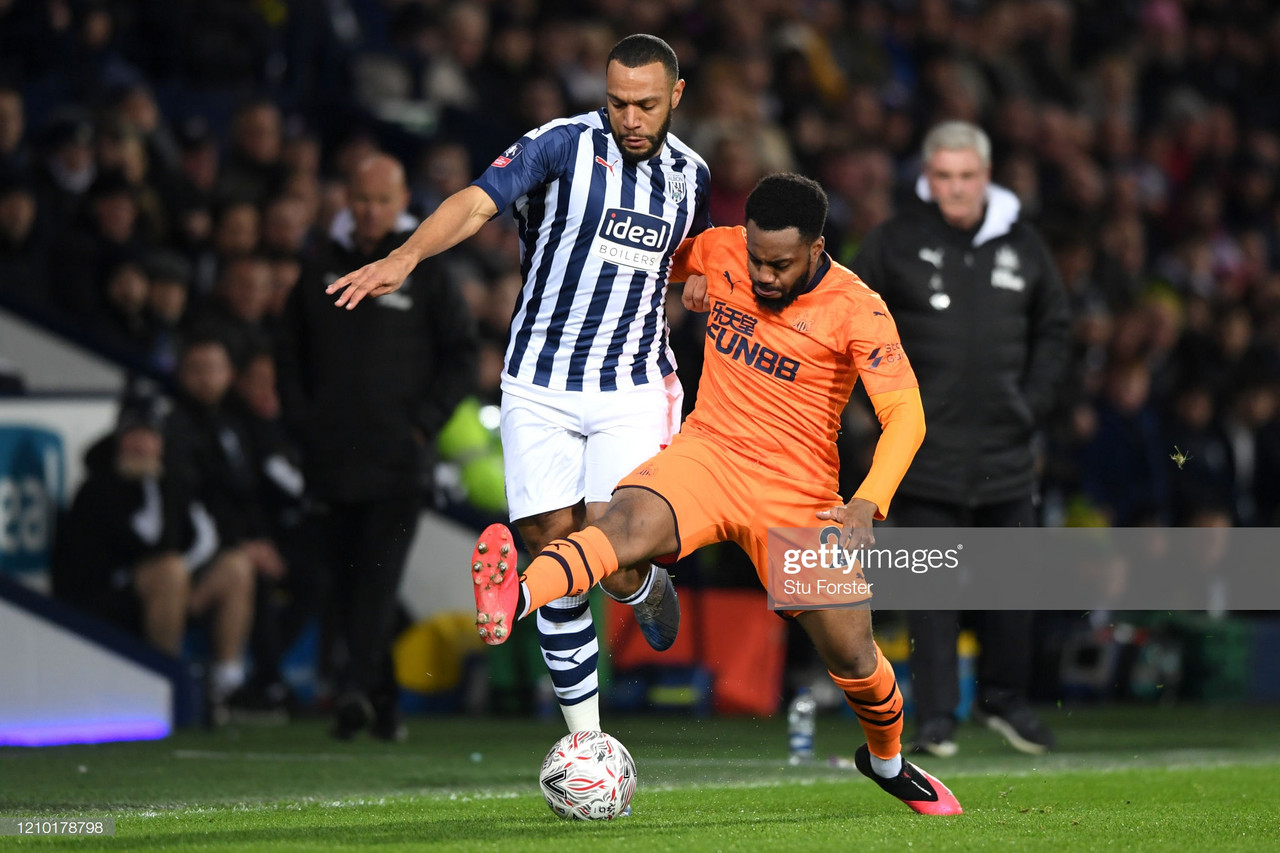 West Bromwich Albion 2-3 Newcastle United: A goal-fest at the Hawthorns as Magpies see off Championship table-toppers a month ago 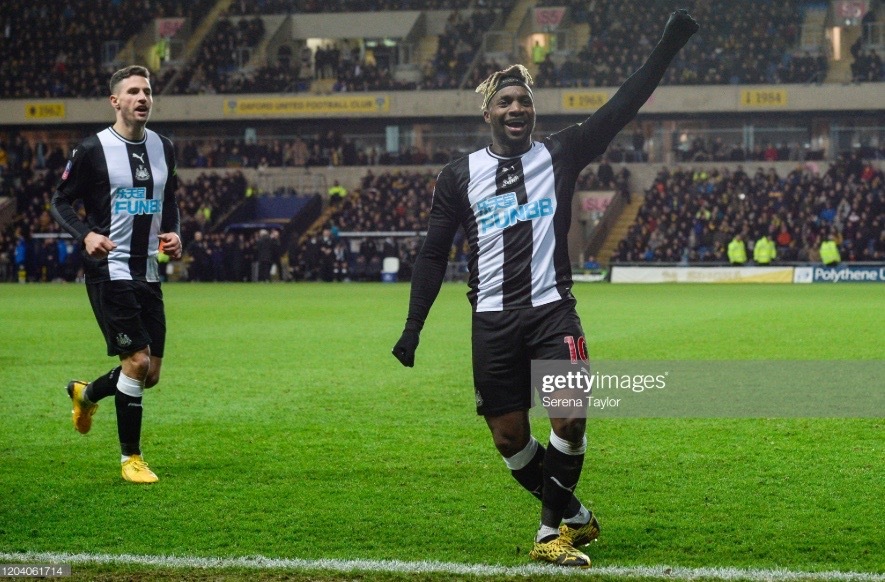 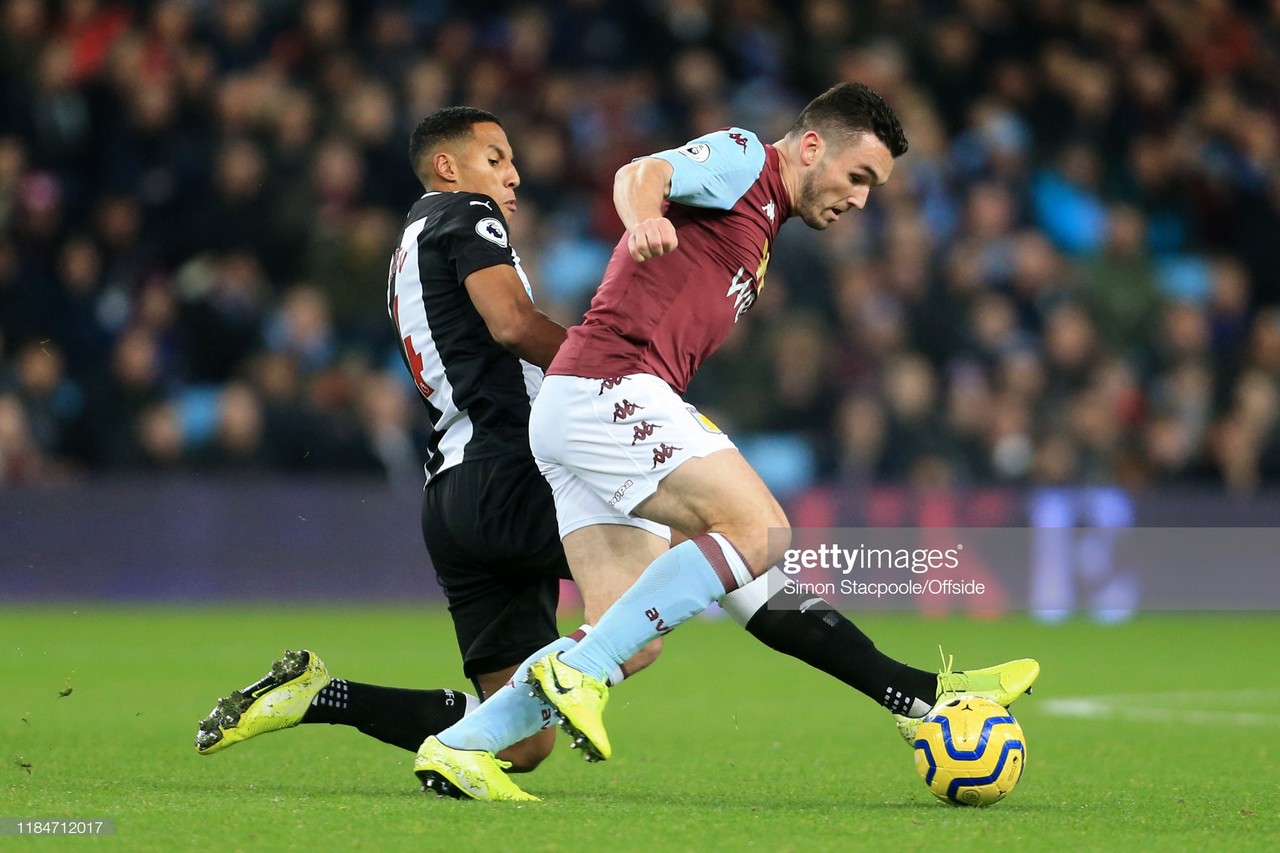 Is it time for Isaac Hayden to come back in the side?a month ago 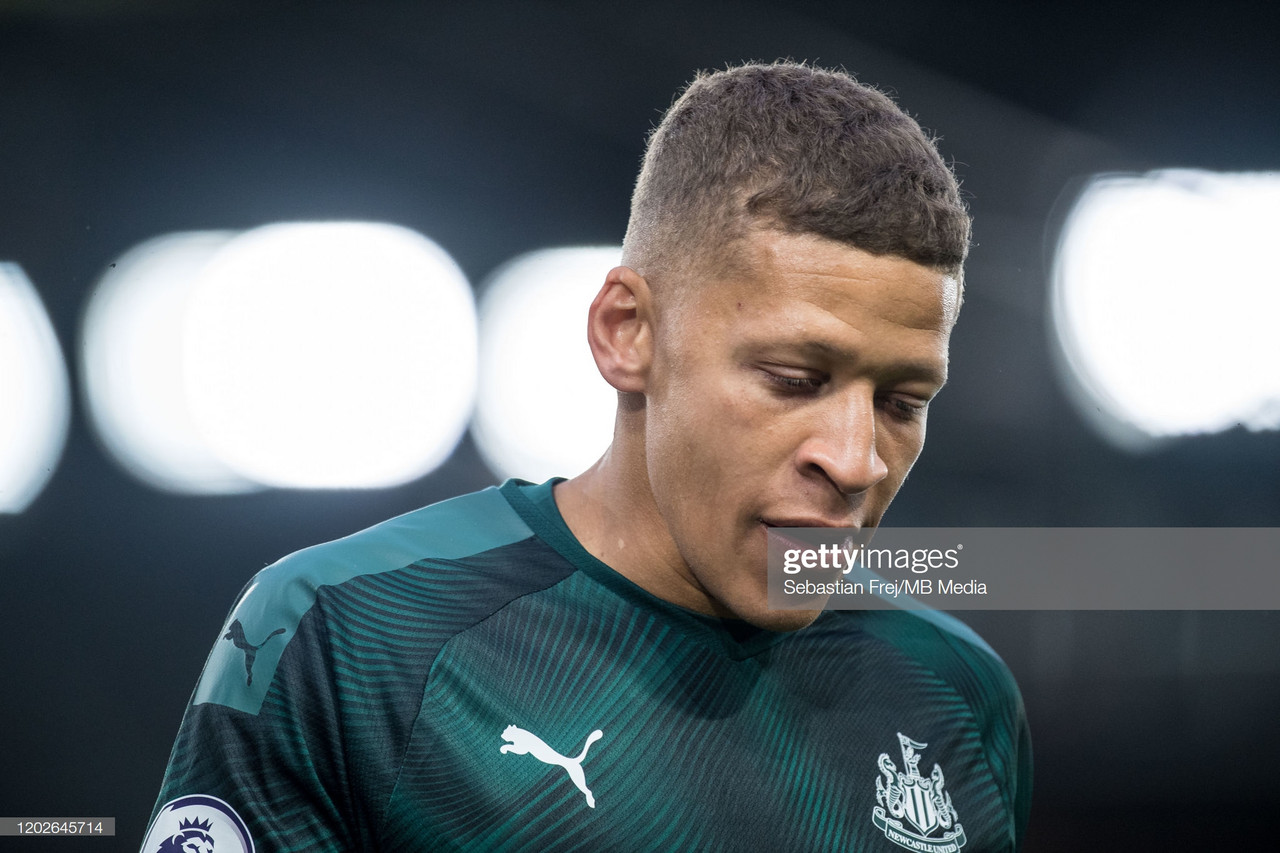 Will Dwight Gayle get one more chance to impress in the Premier League?a month ago 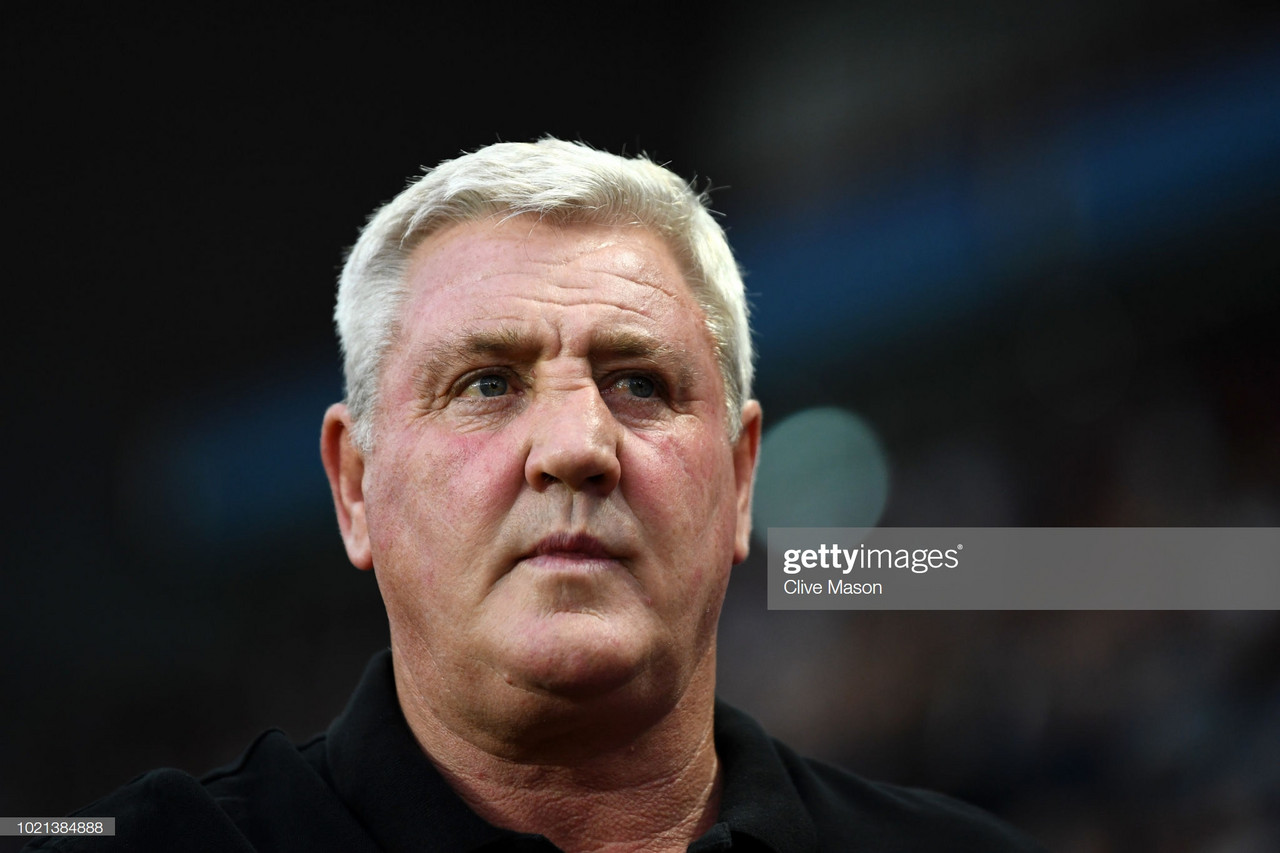 Steve Bruce bemoans lack of goal threat as his Newcastle side lose in the capital againa month ago
Restore your password
Please enter your user name or email.
Login Member or Writer Panel
Enjoy your own Customized Newspaperwith VAVEL topics' carousels!