The 20-year-old signed for Everton from Charlton Athletic 18 months ago and has been frustrated with a lack of game time with the Merseyside club.

Lookman has his future at Goodison Park in doubt but is set for talks with the new Toffees set-up this summer about his role.

Everton recently employed Marco Silva as their new manager and Marcel Brands as their new Director of Football, with Brands stating that he has already looked at Lookman's recent loan spell in Germany.

The pair are keen to show the youngster that he has a future in the North West.

Lookman joined RB Leipzig of the German top-tier on loan in January and impressed, netting five times as well as assisting a further three in eleven appearances for the club.

There is interest from Leipzig to take Lookman back to Bundesliga, however, Southampton have reportedly joined Tottenham Hotspur in chasing his signature during this transfer window.

The Saints, who recently tied Mark Hughes down to a three-year contract at St. Mary's, are hoping to bolster their attacking ranks for the 2018-19 campaign but will face stiff competition if they want to land the highly-rated attacker's signature, should he even leave Goodison Park.

What could Southampton fans expect of the winger?

A product of the infamous Charlton academy, Lookman graduated to the first-team just a couple weeks after turning 18 years-old, debuting in a defeat to Brighton & Hove Albion.

The fiercely threatening attacker made his ascent through professional football with twelve goals and three assists as a teenager in 49 games for the Addicks and that was enough for Everton to sign him in the winter transfer window of the 2016-17 season for over £10 million.

Since then, Lookman has gone from strength to strength; making his name in the England camp at various levels - most notable at under-20 where he found four goals in fifteen caps but is now a valuable member of the under-21 set-up.

With the current halt of progress in Nathan Redmond's development at the Saints, and the current lack of pacey wingers in Hughes' options, this signing may just be precisely what will rejuvenate St. Mary's if the club were to acquire Lookman's transfer.

His statistics in the Bundesliga just goes to showcase the talent he can provide for any team, especially one which narrowly avoided the drop to the Championship last season.

Hasenhuttl: "The perfect night"12 days ago

What are the reasons behind Southampton’s woes in front of goal?16 days ago 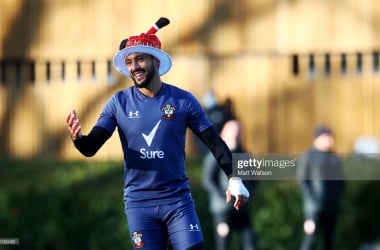