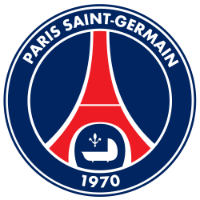 Arsenal signed off on their tour of Singapore with a thumping 5-1 victory over an inexperienced PSG side at the National Stadium.

Mesut Ozil put Arsenal in front after 13 minutes after the PSG defence totally parted but the Gunners were left slightly disappointed at half-time following a series of missed chances.

Christian Nkunku threatened to make them pay when he made it 1-1 from the penalty spot on the hour, but it took Arsenal just seven minutes to get back in front courtesy of substitute Alexandre Lacazette.

The Frenchman found the net once again soon after, with Rob Holding's remarkable header and Eddie Nketiah's strike completing the eventual rout.

Arsenal incisive but wasteful in the first half

PSG started the better of the two sides, allowing Arsenal very little time on the ball. Timothy Weah, in particular, looked lively and nearly found a way through on six minutes, only for Bernd Leno to smother Adrien Rabiot's through-ball.

Rabiot, the third most experienced player in the PSG line-up, continued to pull the strings in the early stages. Three minutes after attempting to play Weah in, he found Azzeddine Toufiqui on the edge of the box, but the 19-year-old bent the ball wide.

Arsenal proceeded to up their game and registered their first meaningful effort moments later, Shkodran Mustafi glancing a header past the post following Ozil's delivery.

They then grabbed the lead courtesy of some schoolboy defending from the inexperienced PSG backline. Pierre-Emerick Aubameyang was played into a criminal amount of space down the right and he had plenty of time to pick out Ozil, who coolly stroked home from close range.

The Gunners hit their stride after opening the scoring and enjoyed plenty of room as they pursued a second.

Ozil could have had another after 18 minutes but arrived a fraction too late to meet Alex Iwobi's cross.

Iwobi himself then had a great opportunity after he was played through down the left channel, but Gianluigi Buffon was equal to his right-footed shot.

Arsenal began to showcase their customary one-touch football and had what would have been a wonderful second chalked off for offside after Aubameyang finished Henrikh Mkhitaryan's low cross at the end of a flowing move with a delightful flick.

Aubameyang was soon presented with another chance after latching onto a lofted ball forward from the impressive Matteo Guendouzi but he uncharacteristically fired straight at Buffon having beaten the last defender.

It was one-way traffic, but Arsenal very nearly gifted the Parisians an equaliser when Ozil carelessly conceded possession 25 yards from goal, with Weah powering one goalwards and forcing Leno into a save.

PSG pressed for a route back into contest and Nkunku nearly provided it when he evaded four Arsenal defenders with some excellent footwork and whipped the ball just over the top.

Still, Arsenal really ought to have built a comfortable lead before the interval. Two more chances went begging in the final minutes of the half as Mkhitaryan failed to test Buffon with a driven shot after fashioning some space and Mustafi headed well wide from a floated free-kick.

A half of two halves

PSG were out of the blocks quickly for the second-half and gave Emiliano Martinez, who replaced Bernd Leno, an early test from Nkunku's free-kick.

Martinez was then forced into a low save from Weah, whose pace was causing significant trouble for the Arsenal defence, particularly the sluggish Sokratis.

Just before the hour mark Weah punished the Gunners, sweeping round Kolasinac before going to ground under a sliding challenge. The referee hesitated before pointing to the spot, and Nkunku calmly slotted home from 12 yards.

PSG threatened to snatch the lead when Weah zipped a cross in after once again evading Kolasinac, but this time Hector Bellerin was able to get an important foot in and clear.

In the 67th minute, though, Arsenal took the lead against the run of play once again as substitute Emile Smith-Rowe, who shone last time out against Atletico Madrid, whipped the ball into the middle and Lacazette nicked in front of the defender to score via a sizeable deflection which rendered Buffon helpless.

Arsenal then proceeded to run riot, building a long-awaited cushion four minutes later as Aaron Ramsey, moments after overrunning the ball in a one-on-one scenario, headed the ball into the danger zone and Holding flicked it on to Lacazette, who nodded into a gaping net. 19-year-old Nketiah got a touch, but it seemed the ball had already crossed the line.

The mass of substitutions rather disrupted the flow of the game but Arsenal continued to push. After 81 minutes, Nketiah saw his effort pushed away by Sebastien Cibois, Buffon's replacement, after cutting in from the left and jinking past a pair of challenges.

It should have been four for Emery's men when Ramsey and Lacazette worked the ball to Reiss Nelson, but Cibois got down well to stop his shot.

Resistance proved futile, however, as Holding somehow looped a header over the PSG 'keeper and into the net from the edge of the box.

Nketiah completed the late blitz in the final minute of stoppage of time with a great low finish after he snuck in behind and was found by Nelson.

The ultimate scoreline was slightly harsh on PSG, but was perhaps reflective of the levels of quality and experience the two sides had at their disposal.