Rosengård reclaimed second place with a win over LB07 as Piteå squeezed passed Göteborg to stay top, elsewhere Vittsjö and Eskilstuna pulled away from the bottom of the table with respective wins over Kalmar and Kristianstad as Växjö came out on top again Linköping.

Despite the storm clouds over Kronoberg County, there was nothing but blue skies for Växjö as they took the lead in the third minute thanks to a lofted Ritah Kivumbi header that flew into the top right corner. Drifting further from the top of the class, there was nothing Linköping could do to better their plight, miss-kicks and near misses punctuating their afternoon. Denied by the woodwork last time out, Jelena Čanković was left frustrated for the second match running when the late effort failed to cross the line, a last second clearance from Lisa Lantz enough to deny the Serb.

The league’s whipping boy, Kalmar, took another beating, Vittsjö’s three goals more than enough for maximum points despite a weather-forced change of venue at half time. A neat, low pass from Michelle De Jongh found Clara Markstedt in space at the top of the box, the 28-year-old easily skipping away from the defence before slipping the ball into the bottom left corner. From creator to scoring, De Jongh was involved again four minutes later, nipping in front of Tove Enblom to lift the ball over the goalkeeper in a tight arc so it dropped into the empty net. Forced to move from Gröndals IP to Gastens IP at the break, the visitors show few signs of slowing, Emma Lund’s goal at the death her first since May 2016.

In a match for the fans, Piteå came from 3-1 down to snatch victory from the team who would have leap-frogged them into first had they held onto their lead. Opening her account for her new club, Julia Zigiotti slipped the ball under Cajsa Andersson 13 minutes in to give the visitors the lead at the LF Arena. Having showed nothing but fight this season, the hosts stormed back and levelled the scores ten minutes before the break, Nina Jakobsson’s shot on the turn enough to get the better of Jennifer Falk as it nestled in the bottom right corner.

Having gotten caught up with Rebecca Blomqvist, Andersson found herself pulled well off of her goal line as Olivia Schough arrived in the box to pick up the loose ball, her cross-cum-shot curling all the way into the top corner. With their noses in front on the stroke of half time, Göteborg furthered their advantage on the hour when Elin Rubensson combined with Zigiotti to sweep the ball home from 13-yards.

The match far from over however, Jakobsson again the one to come up trumps for the hosts, her decisive header pinging in off of the woodwork as Piteå roared back to life. The rangy midfielder involved in the equaliser too, her ball into the box handled by Filippa Curmark, Julia Karlenäs calm from 12-yards to dispatch the penalty into the back of the net. With her seventh of the year, Karlenäs scooped all three points for the hosts, keeping the points in Piteå, the Norrbotten side staying top, her relaxed finish enough to curl the ball around Falk and home.

Not always on a song this season, Rosengård took a firm step towards Champions League football with a derby win over a struggling LB07 team.

Running into the six-yard box behind Emma Lind, Iva Landeka swept home Sanne Troelsgaard’s neat pass to give the host the lead half way through the first half. A driven 35-yard Sofia Wännerdahl free kick left Zećira Mušović’s fingers stinging and served as a warning that FCR weren’t home and dry just yet, Simone Boye’s first goal for the Malmö team enough to provide a cushion.

Another chance from range, this time from Anna Welin gave Mušović something to think about but the visitors failed to work the young Swede enough to create a real opening. The match was put to bed two minutes from time, Glódís Viggósdóttir’s bullet header leaving Lind no chance. The win was enough to catapult the former champions into second.

Scrapping for survival in a season when they just haven’t got going at any point, Eskilstuna found the breakthrough against Kristianstad late in the day, taking their total of goals scored after the 80th minute this season to six. Having already made a fine save to keep her clean sheet, Emelie Lundberg came up trumps at the start of the second half to deny Ogonna Chukwudi from the spot. The stage set for Hanna Glas to claim the honours five minutes from time, firing the ball home at an uncleared corner, the goal enough to take United to ninth and possibly set-up a late charge for safety.

Will the return of Esme Morgan alleviate Manchester City's right-back woes?2 days ago

Could Jess Park break into the Manchester City first team?3 days ago

How does an ACL injury affect a female athlete? Behind the scenes of a career changing injury25 days ago

The Warm Down: The World Champions prove too much for the Lionesses to handlea month ago 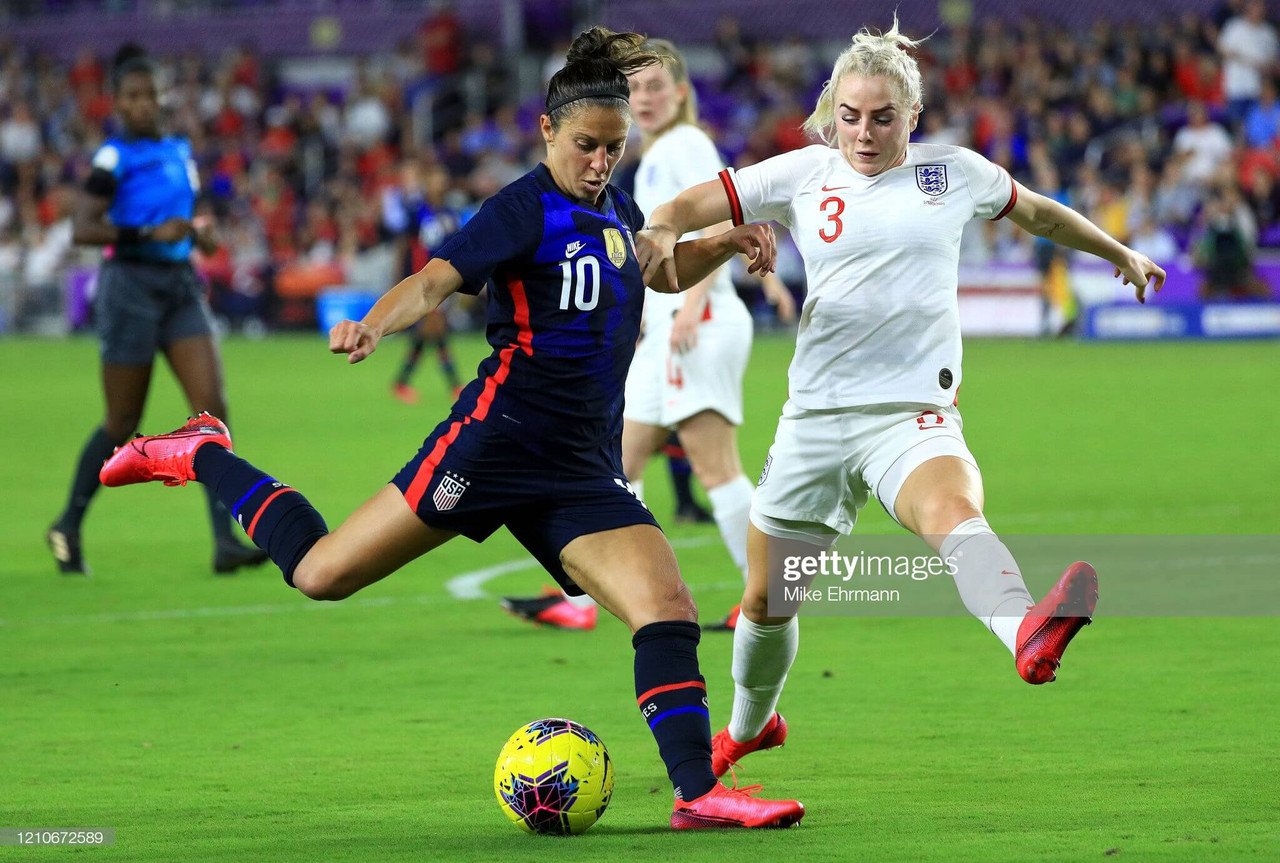