Much to the delight of most football supporters, the Premier League was back in full swing over the weekend as the international break came to a close.

England provided us with a sensational performance in Seville against Spain but it didn't take long for more swashbuckling drama to occur.

Jose Mourinho was at the heart of a spat involving Marco Ianni, a member of Chelsea's coaching staff as the Blues came back to draw against Manchester United. Three players feature from that game in this week's team which also includes two Tottenham players.

Sitting proudly in our side is also a Cardiff player, a centre-back from Brighton and a Watford midfielder. Keep your eyes out for a couple of the bigger name players too.

The Spurs goalkeeper has had his fair share of criticism recently and it's fair to say he hasn't had it all his own way. He was involved in a drink driving case, had a spell on the sidelines with injury and made a crucial mistake against Barcelona in the North London club's Champions League game at Wembley.

However, against West Ham in Spurs' 1-0 win, Lloris was back to his best and showed why he is one of the best in business. He made a succession of fine saves, particularly from Marko Arnautovic as he ensured his side came away with three points. Mauricio Pochettino's team were far from convincing but Lloris stood out.

The 21-year-old has been a shining light alongside Virgil Van Dijk in the Liverpool defence and in their 1-0 win over Huddersfield on Saturday he was again hugely impressive. The Terriers were arguably the better side throughout the opening 45 minutes with positive attacking energy. Gomez, however, looked at ease.

He denied a Huddersfield counter attack in the first half with an exceptional tackle and then showed his ball playing skills by being involved in the goal. He played a lovely pass through the Terriers midfield, which allowed Xherdan Shaqiri to set up Mohamed Salah.

Josh Kerr, VAVEL UK Liverpool editor: "Arguably Liverpool’s standout player of the campaign so far, the young Englishman has been nothing shy of immense since the dawn of a new season arose. Despite playing in his unfavourable full-back role against Huddersfield on Saturday, Gomez was integral to the Reds seeing out their sixth clean sheet of the season."

Shane Duffy could easily have worked his into this side as well, but Dunk was also particularly convincing as his Brighton side kept a clean sheet against Newcastle. Dunk recently earned his first England call-up and despite not getting a chance to earn his debut, it surely won't be long before we see him in a Three Lions shirt. The centre-half made a mightily impressive 15 clean sheets against the Magpies.

Since signing for the Blues last summer Rudiger has become a fan favourite, something which was epitomised by a clearance off the line in their last league match against Liverpool.

But against United, the German defender stood out not because of his defensive contribution, but due to his exploits at the other end of the pitch. In another big game he was on top form, scoring a powerful header to open the scoring before forcing David de Gea into making a smart save before Ross Barkley's tap in late on.

It is no surprise that the midfielder is being linked to a host of top club's. He's had an exceptional start to the season in an impressive Watford side. Javi Gracia has got his team playing with great freedom and Doucoure plays a huge part in allowing that to happen.

His work rate up and down the pitch is first class and the powerful Hornet contributed in both phases of play during Watford's 2-0 win over Wolves. He broke up play well but also helped himself to two assists.

It would be rude not to include a Manchester City player after their 5-0 rout over Burnley on Saturday. However, it may be a surprise to see a more defensive minded player in here, rather than an attacker. Although the likes of David Silva played brilliantly, Fernandinho was his usual busy self in the middle of the park. He scored a lovely finish from the edge of the area for City's third goal and also grabbed an assist - displaying his prowess in the attacking third.

Josh Slinger, VAVEL UK Manchester City editor: "He was reliable as ever whilst anchoring the City midfield, allowing freedom to those around him to bomb forward without many defensive responsibilities. He limited Burnley to very few chances, and popped up with a superb strike to seal the victory as well."

What a glorious sight it is when the little Spaniard is in full flow. Like a whole host of players at United he has been frozen out of the side and not been given the creative freedom with which he requires to perform. Against Chelsea, though, he had all the license he wanted as Mourinho picked an attacking side.

Mata floated about across the midfield and in more attacking roles - and was pivotal in Anthony Martial's second goal. He beat David Luiz to the ball and then got down the right flank before playing the ball inside as United took the lead.

The German has received widespread criticism for his performances in recent season's but against Leicester on Monday night he showed his true world class qualities. Arsenal were struggling in the first half but he decided to take the game into his own hands - and he did so to devastating effect.

Ozil was given the captain's armband, something which could have disrupted him but instead he reveled in it. He was at the centre of everything good Arsenal did as he scored a brilliant deft equaliser on the verge of half time after combining with Hector Bellerin.

He then linked up with the full back again for the Gunners second goal, playing a perfectly weighted pass in behind for the Spaniard to lay on a plate for Pierre Emerick-Aubameyang. Ozil was then involved again for the third, dummying the ball for Lacazette, before spinning away from Harry Maguire to receive the pass back and then slide it over for Aubameyang's second.

Cardiff have been pretty terrible this season but against Fulham they sealed their first win of the campaign. Coming up against an equally poor side, they powered four goals past the Cottagers and Murphy was hugely influential in that.

Fulham took the lead but Neil Warnock's men bounced back brilliantly through Murphy who burst into the penalty area and then found the net confidently for the Bluebirds opening goal. The wide player is a rather inconsistent figure but has huge potential. If he and the players around him can perform to the standard they did on Saturday then there may be a slim chance of survival for the Welsh side.

Matthew Wojciow, VAVEL UK Cardiff City editor: "Murphy put together a performance to win any football game. It was an absolute nightmare to defend against, with his speed and dribbling ability giving Calum Chambers such a headache that the right back had to be substituted. His goal was brilliantly taken from such an acute angle and was the catalyst for the Bluebirds to go on and claim their first win."

There are a number of players in this team of the week who have perhaps received criticism for under performing by pundits and fans over the last few season's. Lamela is the perfect example of that, and his displays haven't really lived up to expectation since arriving in the Premier League. That is until now, as the Argentine has had a flying start to the new term.

The 26-year-old already has five goals in just eight games this campaign and was Spurs' match winner in a tight affair with West Ham. Not usually known for his prowess with his head, it was with that part of the body with which he found the net, steering home Moussa Sissoko's cross for the only goal of the game.

It appears Martial is enjoying somewhat of a revival at Man United in recent weeks and he turned in an exceptional performance against Chelsea during Saturday's early kick off. All of the talk pre-game had been about Eden Hazard but it was the French player who was one of the game's stand out individuals.

He scored in United's comeback against Newcastle before the international break and added two more goals to his tally for the season this weekend. His first was fortuitous as the ball bounced around the penalty area before he tucked it away but his second was all about his individual quality, receiving the ball before placing it expertly into the bottom corner.

Harry Robinson, VAVEL UK Deputy Editor-in-Chief: "It was a fine second-half performance that showed his typical ice-cool composure and excellent finishing and one that could cause flashbacks to his exciting and hugely successful first season at United."

Entering transfer market for midfielder is not only solution, says Klopp 6 hours ago 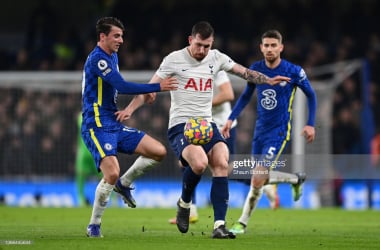 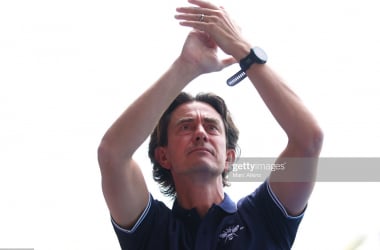 "We have to be aware of their quality": Thomas Frank fearful of Manchester United attack ahead of this weekend's clash 6 hours ago 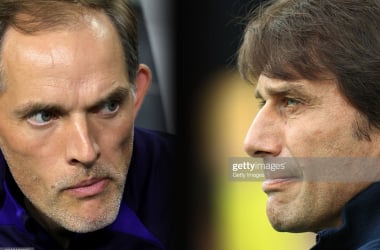 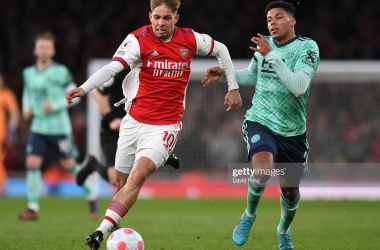 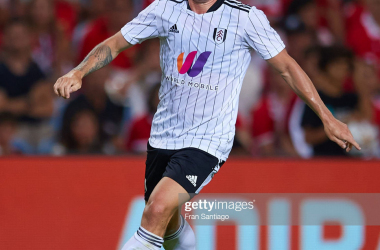 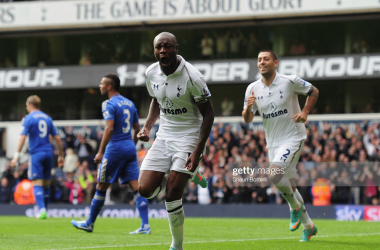 "Football is really crazy": William Gallas talks pressure, transfers and London derbies ahead of Spurs trip to Chelsea a day ago
//