Real Madrid forward Gareth Bale is set to end his six-year spell in the Spanish capital by agreeing a three-year deal with Chinese club Jiangsu Suning, according to BBC Sport.

It is believed that the deal is close to being done, although there is still work to be done before it is finalised.

The Chinese transfer deadline is on Wednesday, with Jiangsu reportedly confident they can bring in Bale before the end of the window.

The 30-year-old is set to earn himself an improvement on his current £600,000-a-week contract at Real Madrid.

Sky Sports News have reported that his new deal could earn him £1million a week, whilst reports in Spain suggest he will be on around £25million a year.

Was a sensational Spurs return ever on the cards?

Whenever Bale has been linked with a move away from Madrid, his old club Tottenham Hotspur are often thrown into the equation, usually about a potential a loan deal as a result of his extraordinary salary.

The Welshman earned himself what was at the time a world record transfer to Madrid after his excellent performances in North London, scoring 56 goals and getting 58 assists in just over 200 appearances.

Spurs boss Mauricio Pochettino was asked about Bale when the rumours sparked that he could be leaving Spain, and the Argentinian did not give much away.

"It is the job of my chairman to build the best possible club.”

It seems clear from the wages Bale could be on at his new club that Spurs could not compete in that regard.

Although, how long he will be at his next club if he moves is yet to be seen, with the likelihood being that the Premier League side will be linked with their former man again at some point. 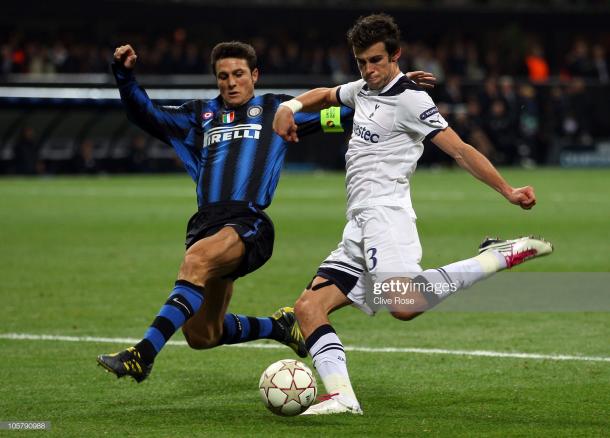 Zidane has been hopeful the forward would move on

After his performances in a Madrid shirt, many believe Bale has been treated harshly by Zinedine Zidane and some fans during his time there.

He has scored over 100 goals and assisted 65 more in just over 230 games, including an unbelievable overhead kick in a Champions League final victory against Liverpool.

Speaking after his side's friendly against Bayern Munich, Zidane said:

"We hope he leaves soon. It would be best for everyone. We are working on his transfer to a new team.

"I have nothing personal against him, but there comes a time where things are done because they must be done."

Tottenham announce the signing of Pierre-Emile Højbjerg 2 days ago