With the Premier League transfer window closing on the 8th August, there is not long for Mauricio Pochettino to strengthen his squad before the start of the season.

He has already brought in the promising Jack Clarke from Leeds who has been sent back to the Championship side for the 2019/20 season, whilst Tanguy Ndombele has become Tottenham Hotspur’s record signing after he arrived from Olympique Lyonnais in a deal worth around £54 million.

Spurs have been linked almost all summer with a move for Real Betis midfielder Giovani Lo Celso, he is reportedly open to the move and it seemed at one point that the deal was close.

The future of Christian Eriksen could make this transfer easier, depending on whether he leaves the club after stating he would like a new challenge.

The Argentinian may still become a Spurs player before the end of the window, although Daniel Levy is currently unwilling to match Betis’ asking price, with Spurs offering around £15 million short of their £65 million valuation.

It appears Betis have brought in a replacement though, Nabil Fekir joining from Lyon.

Due to injuries in the last campaign the lack of depth that Spurs had certainly showed, even though they made it to the Champions League final.

Victor Wanyama could be on his way out, having been linked with a loan move to Fenerbahce and more recently West Ham.

Adding another midfielder could certainly help with having quality options, especially if the manager goes with a diamond midfield as he has tried in pre-season.

Fullbacks should be the priority for Pochettino

Kieran Trippier left Spurs earlier in the summer for Atletico Madrid in a deal worth around £20million, he did not have a great campaign last time out but he was still the first choice right-back ahead of Serge Aurier, Kyle Walker-Peters and Juan Foyth who can play in that position as well as central defence.

So, even though there are options in numbers for Spurs in that position, it is difficult to see any of them having the quality that Spurs should possess in their best starting eleven.

Walker-Peters is a young player who has only played six times in the Premier League, Spurs have reportedly turned down a loan approach for him from Crystal Palace and Brighton and he may end up starting the season as their main right-back over Aurier who has been away on international duty.

It is reported that Pochettino is happy with his options in that position, although it seems as though most Spurs fans would not agree.

As for the left-back position, Danny Rose is likely to leave the club having been left out of the Asia tour squad to find a club and there is interest from several European sides.

Even if Spurs sign Ryan Sessegnon, the youngster would not be able to provide the same quality as Rose did last season, leaving them worse off in that position too when compared to last season. 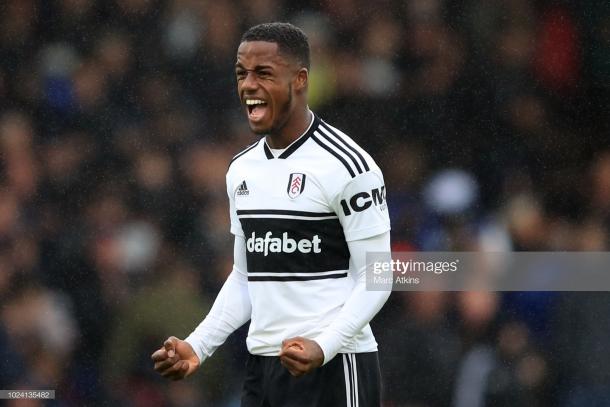 Despite the star players, Spurs have fewer attacking options than last season

With Harry Kane being the main striker for the North London club as well as Lucas Moura and Son Heung-min, who often play that kind of role too, the loss of Fernando Llorente leaves them one short in comparison to last season.

Spurs, who have also sold Vincent Janssen this summer, offered Llorente a new deal at the club on reduced terms a couple of weeks ago but nothing more has been said on that deal yet.

Llorente surprised many last season by helping Spurs in big games such as when he scored the winner against Manchester City to send his side through to the semi-finals.

Paulo Dybala could have helped their attack despite not being an out and out striker, but that transfer is unlikely.

With eleven days to go until the transfer window closes, it will be very interesting to see who Spurs have at their disposal when they face Aston Villa to kick off their Premier League season.

Injuries are back at Hotspur Way 2 days ago

Jose Mourinho:&nbsp;“I am happy that we are unhappy” 4 days ago

Jose Mourinho:&nbsp;“Chelsea is just another game” 5 days ago

Vinicius Named UEL 'Player Of The Week' 5 days ago

Tottenham Hotspur vs Ludogorets preview: Team news, ones to watch, predicted lineups, how to watch 8 days ago

The Warmdown: Mourinho pulls off his most famous trick against the old enemy&nbsp; 12 days ago

One year on: The difference in Pochettino's system compared to Mourinho's 13 days ago