As little as just over two years ago, Middlesbrough were playing Premier League football, while Luton Town were down in League 2.

It's quite a contrast compared to tonight's fixture, where Luton, now managed by Graeme Jones, are up against Boro, now managed by former Real Madrid and Tottenham defender Jonathan Woodgate.

The hosts, Luton, have been tipped to stay up this season by many on their first season back in the second tier, while Boro will be aiming to kickstart their charge for promotion back to the Premier League with a win.

The Hatters are expected to hand six debuts to players tonight - Ryan Tunnicliffe and Jacob Butterfield both could feature in midfield.

Record signing Simon Sluga is expected to start in goal while one-time FA Cup Final Man of the Match Callum McManaman could make his debut also.

Both players have missed the majority of pre-season with injuries, but are now ready to feature for Boro tonight.

Youngsters Marcus Tavernier and Lewis Wing are expected to be in the squad, while Tomás Mejías could start on his return to the club if Randolph is not deemed fit on the day.

Last outings for both clubs

Luton will be hoping their 5-1 defeat at home to Norwich will not affect their confidence going into the game tonight.

Boro, on the other hand, put in a resilient and sharp performance against French side AS Saint-Étienne, drawing 1-1 at the Riverside Stadium.

What the managers had to say

Boro manager Jonathan Woodgate highlighted that all games in the Championship are difficult but the added pressures of the atmosphere at Kenilworth Road, being the first game of the season and being live on TV will make things harder today.

"I've said in numerous interviews that every game in the championship is difficult," said Woodgate.

"Then with Luton coming up last year, (tonight's game) at Kenilworth Road being jam-packed and live on the telly, it's going to be a really difficult game for us.

"I know how he (Graeme Jones) wants to play. It's a similar way to how we play so it's going to be an eventful game."

Meanwhile, Graeme Jones is relishing the occasion and hopes his players bounce back from their woeful performance against Norwich in pre-season.

“I think being in the Championship is a minimum for a club of Luton’s stature," said Jones.

"I think everybody at the club and the supporters feel that as a minimum they are back to where they belong.

"The boys have had one day off in 30 training days, so I think we are prepared and I am really looking forward to seeing that energy - that we didn’t play with on Saturday - apparent tomorrow evening."

How to watch Luton Town vs Middlesbrough

Luton Town vs Middlesbrough is live on Sky Sports Main Event from 7pm (BST) and kicks off at 7:45pm (BST).

Nuno Espírito Santo: "We were brave but we should be better"14 hours ago

Wolverhampton Wanderers vs Olympiacos: LIVE Stream TV Updates and How to Watch Europa League 2020a day ago

Wolverhampton Wonderers vs Olympiacos FC preview: How to watch, kick-off time and team news 2 days ago

Parker 'So, so proud' of his Fulham side after extra-time Wembley win3 days ago

The Warmdown: Bryan the unlikely hero on Fulham's night of redemption3 days ago

Brentford vs Fulham preview: A place in the Premier League on the line in Championship play-off final4 days ago 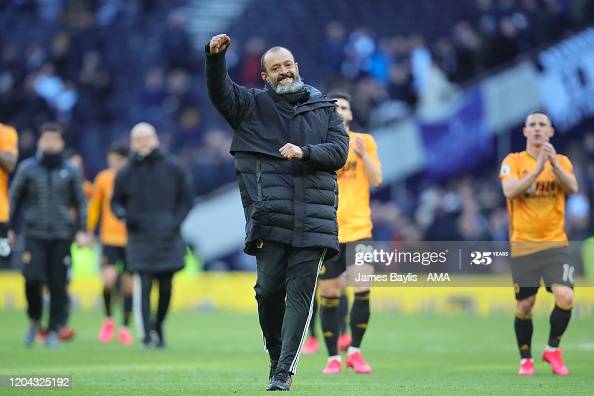