The future of four of Newcastle United’s players is up in the air with the possibility being that they could miss out on being included in the Premier League 25-man squad.

If those who are considered at risk according to Chronicle Live, such as Jack Colback, Achraf Lazaar, Jamie Sterry and Henri Saivet are not included in the squad, it would be likely that they would go on to be sold either permanently or through a loan deal.

Colback is looking to fight for his place in the team

Colback, who for the past couple of years was not in the plans of former boss Rafael Benitez after spending two spells out on loan with Nottingham Forest, is desperate to be given a chance for the upcoming season by new boss Steve Bruce, he said:

"I’ll continue to do that if selected. I knew when I was with the Under-23s that I had to go out and get some game time.

“Things can change. All I’ve got to do is apply myself and work hard for the team when selected.”

The 29-year-old has just one year left on his contract and is being realistic about the current situation, he added:

"I’m still not thinking I’m going to nail down a position, but I’m going to give it a go. If I can impress the new manager, then great.

"If not, you’ll see what’s out there. It gives me a chance if nothing else.” 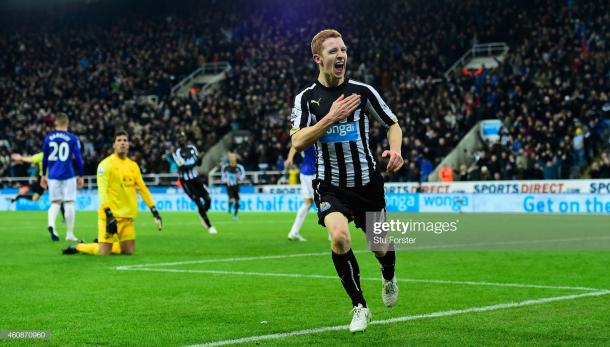 Bruce admits he will ‘have to disappoint a few players’

After becoming the new Newcastle manager, Bruce promised that all players would be judged fairly and given a clean slate.

When questioned on the fact that he will soon have to name a 25-man squad for the upcoming season, the Magpies manager was more than aware of how difficult the decision might be, he said:

“By the end of this week, I have to name a 25-man squad with three goalkeepers.

“The awful side of my job is that you have to disappoint a few players.

All of them have really had a go for me but I can only pick 22 [outfield players].”

Sterry’s career at his boyhood club could be over

The 23-year-old right-back, Sterry, who was born in Newcastle upon Tyne, has come through the youth system at the club, which he joined when he was just 10-years old.

He signed his first professional contract in July 2015 and less than a year later made his debut for Newcastle, replacing Moussa Sissoko in the 84th minute of a memorable 5-1 victory over Tottenham Hotspur.

Since then, he has been on loan at Coventry City and had two separate spells at Crewe Alexandra, as well as making two appearances in this year’s pre-season campaign, against Wolverhampton Wanderers and West Ham United.

His future, along with others who are at risk, will be decided imminently, with Newcastle’s Premier League campaign getting underway on Sunday against Arsenal.

Did Miguel Almiron have an impact in Allan Saint-Maximin's absence?&nbsp; a day ago

The Warm Down: Smash and grab Newcastle secure three points at Crystal Palace 2 days ago

Crystal Palace vs Newcastle United preview: How to watch, kick-off time, team news, predicted lineups and ones to watch 3 days ago

The Warm Down: Deja vu as Newcastle wave the white flag 8 days ago